What a dump! Once upon a time, when many movies were released each week to physical theaters, January and February were filled with dog-day Fridays of movies that were distrusted by their distributors, sometimes ragged, sometimes rotten, once in a while, something rugged and strange. This week is the 2022 streaming version, as Netflix releases a raunchy “comedy with robots” by Jean-Pierre Jeunet (“Amelie”), a movie from the maker of the highest-grossing foreign-language film ever in America with a review embargo of midnight the day of release and with little, if any visible advertising? That would be “Bigbug,” chronicling the imprisonment of a suburban family by their androids for their own safety. (The trailer, which has been up for a few weeks, is here.) A new film by Josephine Decker, adapting a young-adult novel, “The Sky Is Everywhere,” could be a sweet thing indeed, but A24 and Apple TVPlus have embargoed reviews until the day before release. Plus: there’s a Steven Soderbergh joint! A paranoid thriller about a shut-in (Zoe Kravitz), a “voice stream interpreter” who listens to voices for an Alexa-like service, “Kimi,” from a screenplay by David Koepp (“Bad Influence,” “Panic Room”), is not for preview at publication time. (The trailer is here.) Universal’s Jennifer Lopez-starring romantic comedy, “Marry Me,” with Owen Wilson, Maluma and Sarah Silverman is in theaters, but also streaming on NBC Peacock. (The trailer is here.) Plus, Kenneth Branagh’s long-delayed Agatha Christie vehicle, “Death On The Nile,” is in theaters only, the weekend after Oscar nominations, which shined brightly on his wan “Belfast.” The distributor of “The Worst Person In The World,” is, however, confident of Joachim Trier’s latest, which opened last weekend in New York and Los Angeles with about $35,000 per screen. Charles Burnett’s masterpiece, “Killer of Sheep” shows February 14 at Siskel. Multiple attractions for Valentine’s weekend below, as well as more “Highs And Lows” at the Music Box and Almodóvar at Siskel. Plus: “Scored by Glass,” which includes Philip Glass’ first score, “The Inquiring Nuns“; and “Candyman” and “Koyaanisqatsi.” And: The search for “Missing Movies“—read the manifesto below. 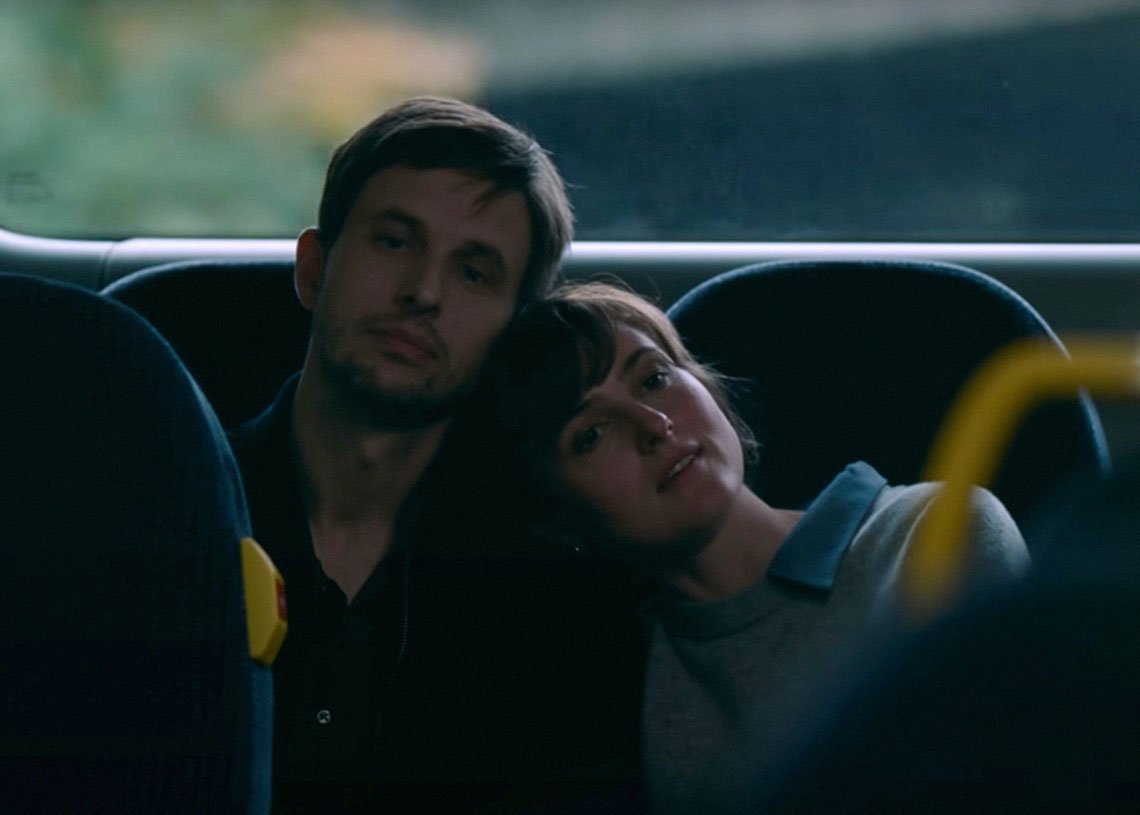 My favorite thing about the title, “The Worst Person In The World,” after seeing the film a couple of times, is that not only does it not refer to the protagonist, she doesn’t even hear it; it’s a throwaway line about the insecurities of another character in the face of a crashing relationship while contemplating global crisis. Danish-Norwegian filmmaker Joachim Trier concludes his informal “Oslo Trilogy”—begun with “Reprise” and “Oslo 31 August”—with a gorgeously photographed and designed mosaic of the myriad mistakes of a contemporary urban woman, Julie (Renate Reinsve), onrushing toward the age of thirty across the final four years of her twenties. She’s a rich, but sometimes volatile character in the erratic, but over months and months, steady process of becoming herself. More of our review here. (Nominated for International Feature Film and Best Original Screenplay, “Worst Person” will join the Criterion Collection later this year.) “The Worst Person In The World” opens Friday, February 11 at the Music Box and the Film Center. 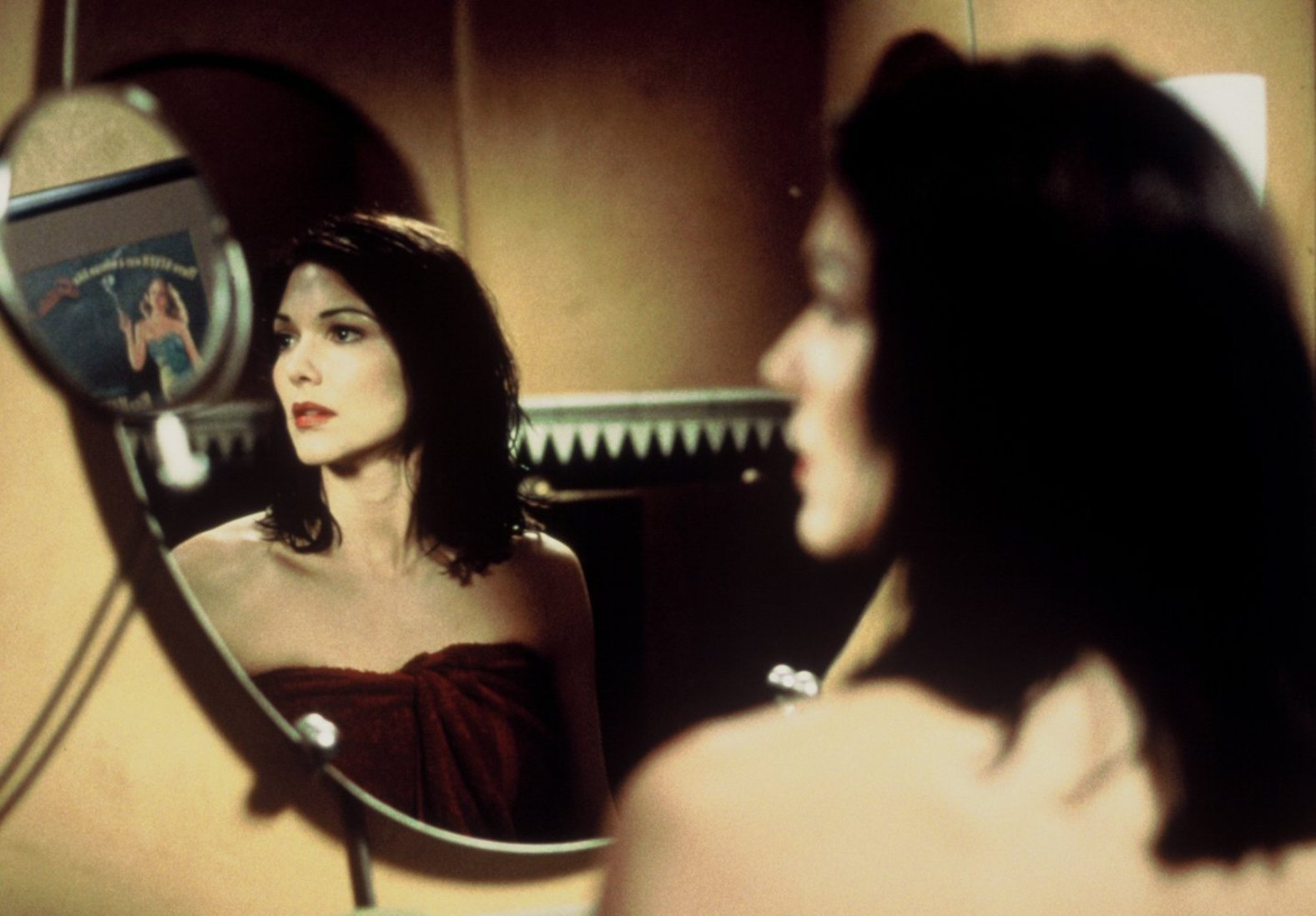 The Valentine’s Day ritual brings out a raft of “Bad Romance” at Siskel and a smattering of “Galentine’s Day” at Facets; whatever the umbrella, it provides an excuse for multiple good films to light up the big screen. Facets’ attractions include “Set It Off,” Friday, February 11; “Mulholland Drive,” Saturday, February 12; and on Sunday, February 13, “Frances Ha” and “Romy And Michele’s High School Reunion.” 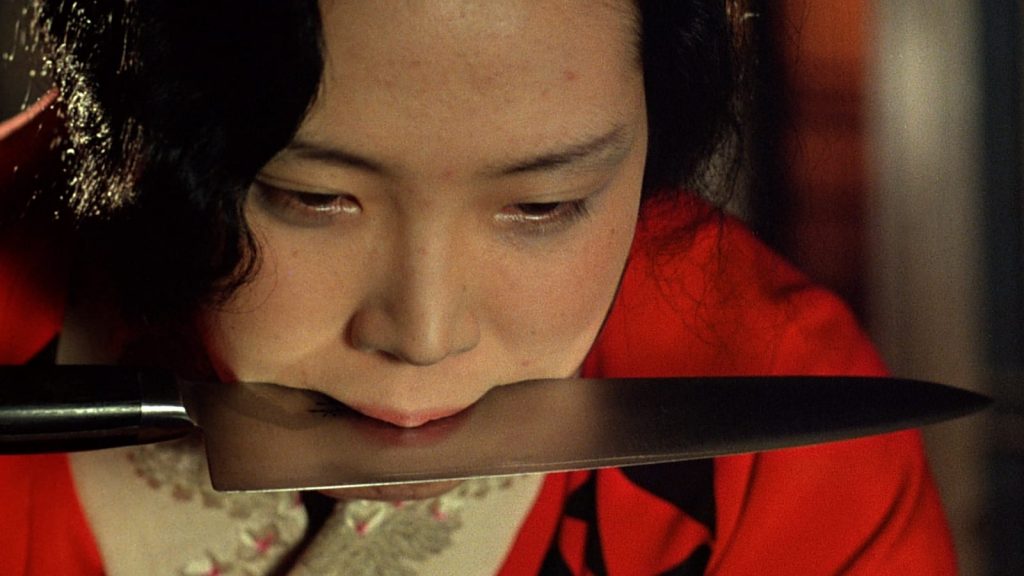 “In The Realm Of The Senses”

Siskel’s “Bad Romance” include “Gaslight” (35mm) on February 12; “Who’s Afraid of Virginia Woolf?” (35mm) on February 15; Nagisa Oshima’s serene and startling period drama of sexual possession “In The Realm of the Senses” on 35mm (the first movie I reviewed in college!), on February 11 and Wong Kar-wai’s bittersweet Argentina-set romance “Happy Together” on February 13. The entire monthlong roster at Siskel is here.

The Music Box continues “Highs And Lows,” its series of unlikely pairings, which include “Angus” and Robert Bresson’s heartbreaker “Mouchette” on Sunday, February 13, on 35mm; and on Tuesday, February 15, “How Stella Got Her Groove Back” and Rainer Werner Fassbinder’s “Fear Eats The Soul.”

The Chicago Symphony pairs with the Film Center for “Scored By Glass,” with titles including “Koyaanisqatsi,” “Candyman” on 35mm and Gordon Quinn’s 1968 directorial debut as co-director, the odd and very funny “The Inquiring Nuns,” which is also a glorious time capsule of 1967 Chicago. Full listing here.

“In the cinema of my childhood, it always smells of piss and jasmine in the summer breeze,” reminisces stalled filmmaker Salvador Mallo (Antonio Banderas) in Pedro Almodóvar’s twenty-first feature, “Pain and Glory” (“Dolor y Gloria”); while it seemed autumnal, even a final statement, has been surpassed by his current picture, “Parallel Mothers.” The first film since 2016’s “Julieta” for the then-seventy-year-old writer-director, the memory-creasing narrative draws from Almodóvar’s own life, but as Salvador’s mother cautions him, “I don’t like autofiction.” Banderas quiffs his hair upward in the longtime fashion of Almodóvar, wearing some of the filmmaker’s own wardrobe; much of the artwork and furnishings in the director’s luxe cavern, an apartment of everyday opulence, are Almodóvar’s own. More here. Siskel, Saturday, February 12.

“As an ad hoc group of film lovers and professionals, we have come together to create ‘Missing Movies’ to empower filmmakers, distributors, and archivists to locate lost materials, clear rights and advocate for policies and laws to make the full range of our cinema history available,” begins the “Missing Movies Manifesto.” “There is an immediate need to address this issue. Movies are not as available today as they were during the heyday of VHS when brick-and-mortar video stores might carry tens of thousands of titles. Now, with a few giant companies controlling the most popular streaming services and trying to outdo one another with original content, many older movies are being left behind. Thousands of movies are either completely lost or are deemed too small to warrant the expense, and thus are unavailable. This is especially true of work created by women and people of color. As a result, we end up with a skewed history of filmmaking and crucial gaps in our cultural knowledge and legacy. Missing Movies will work to demystify and help decipher the economic, legal, and practical hurdles that filmmakers face when they want to make their older works available.” Read it all here.