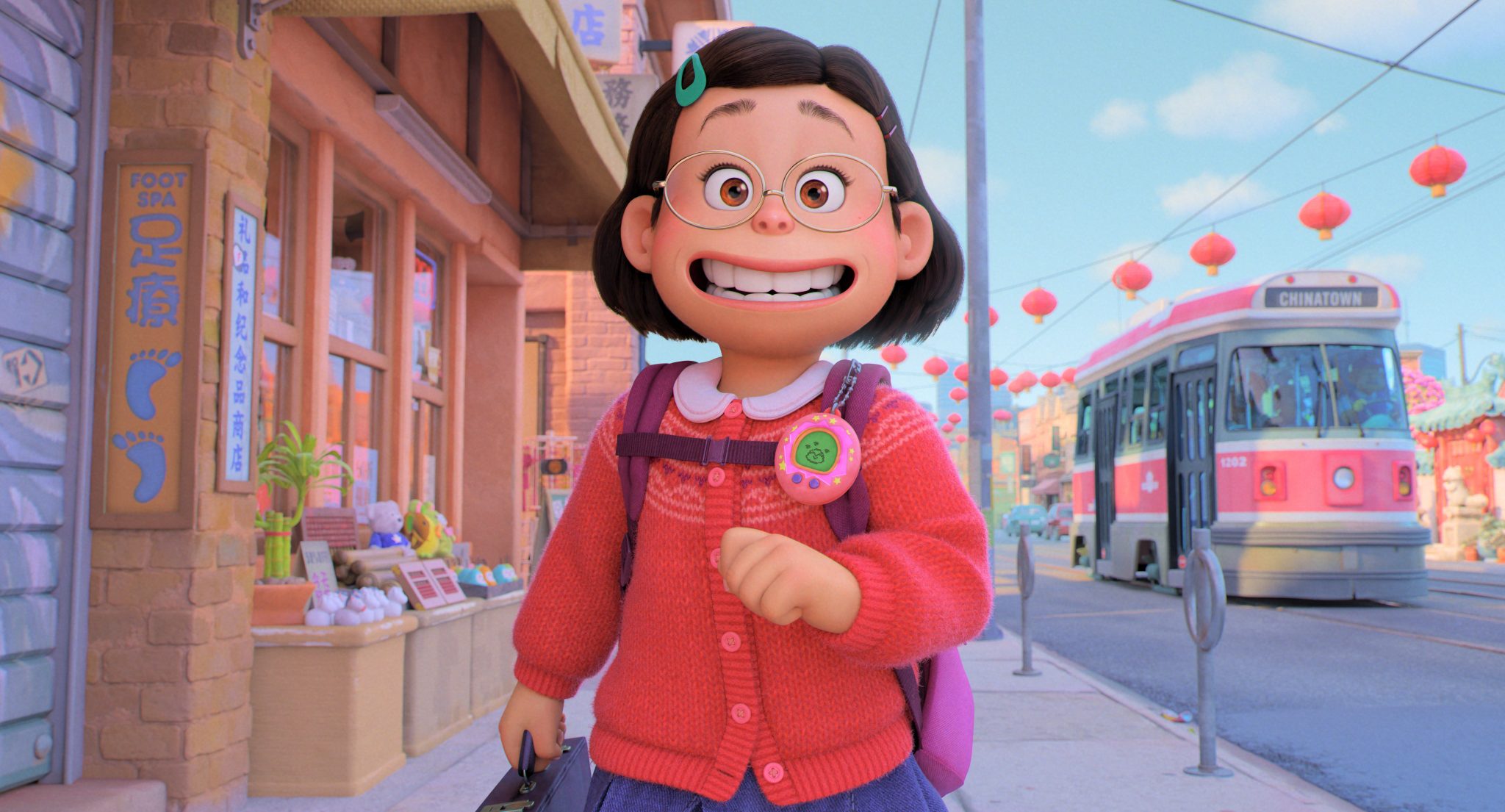 “Turning Red,” like almost all recent Pixar productions, goes directly to streaming on Disney Plus; it’s the story of confident Toronto thirteen-year-old Mei Lee(Rosalie Chiang) who hopes to pull free of the influence of her mother (Sandra Oh). Does she flush, blush, “turn red”? Literally: she turns into… a giant red panda. Oscar winner Domee Shi (“Bao”) directs. Bloody romance “Fresh” is; the second and final week of the Twenty-Fifth Annual Chicago European Union Film Festival plays onscreen at the Siskel Film Center. The Latino Film Fest announces its format and its first attractions. The Music Box announces a second outing for “David Lynch: A Complete Retrospective” for April. Jane Campion’s “The Power of the Dog,” is back at the Music Box. “Raisin in the Sun” is this week’s Facets attraction in a month of Sidney Poitier pictures. 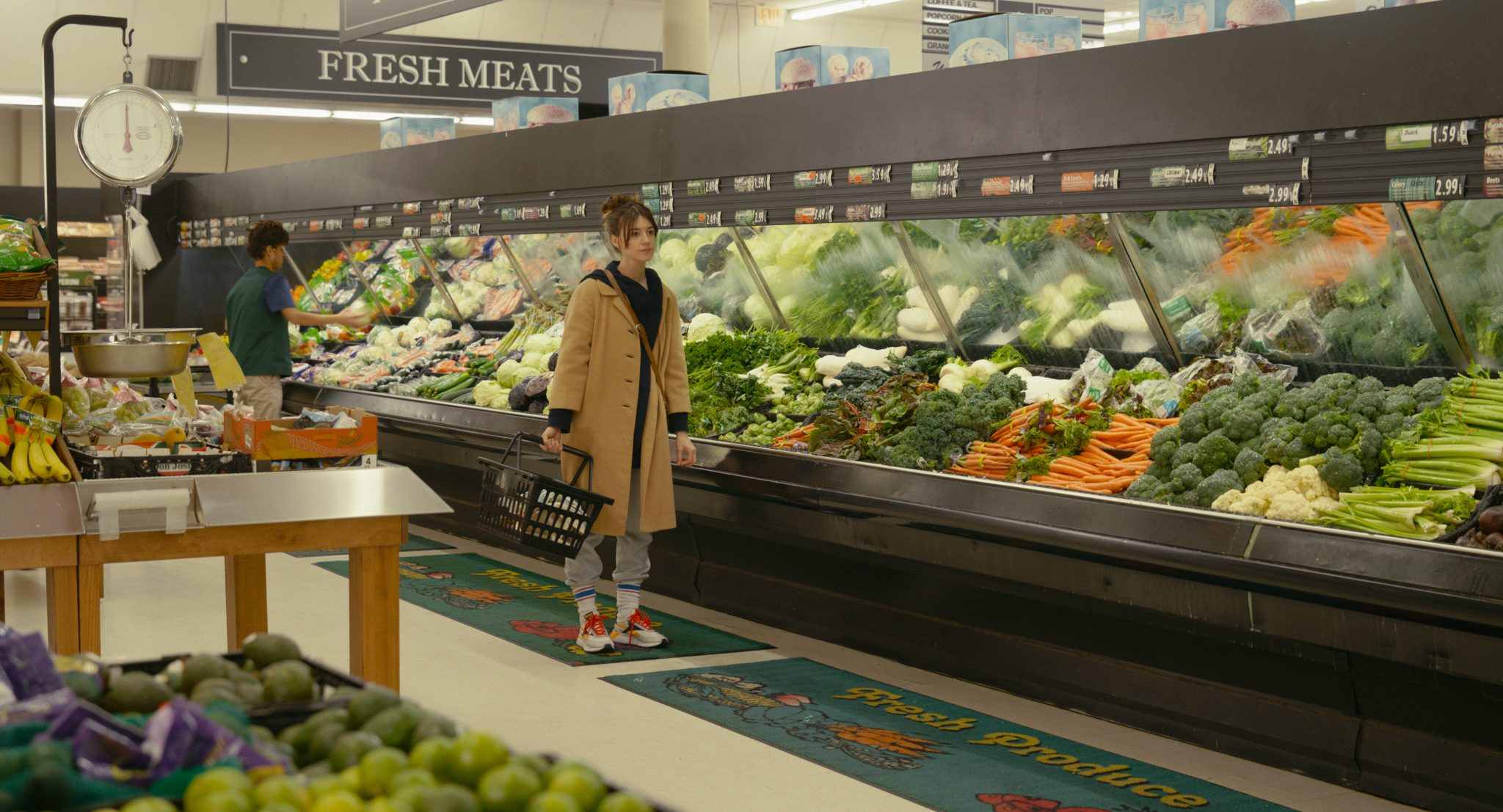 Straight from Sundance to Hulu, Mimi Cave’s bloody take on contemporary dating is indeed “Fresh,” featuring Daisy Edgar-Jones as Noa who meets Steve (Sebastian Stan) at a grocery store and trusts his charms to lead her toward some unusual appetites. Hulu’s canny to release it at the end of the weekly episodes of its larger pop-sex epic “Pam & Tommy,” in which Stan is also charismatic but more of a grandiose doofus. The movie’s the scoundrel in “Fresh,” taking its dear time to turn dark and dark indeed. (We’re in the realm of food fantasy here and “Hostel,” too.) Edgar-Jones and Stan elevate the elemental bullet-points of theme, the cautionary “tell”; the story still gives the pair enough room to shake off the potential stink of “statement” and sample tastes of several sorts of fear. Streaming on Hulu.

Facets continues its monthlong survey of the career of Sidney Poitier with “Raisin in the Sun” (1961) on Sunday, March 13 at 1pm. The adaptation of Lorraine Hansberry’s play about family life in segregated Chicago, writes programmer Charles Coleman, “showcases Poitier’s reverence for the theater and impact on the arts beyond Hollywood.”

The 38th Chicago Latino Film Festival announces its first attractions for its 2022 hybrid run from April 21-May 1. The festival will highlight nearly a hundred feature-length and short films from Latin America, Spain, Portugal and the United States. Its first round of titles includes two films just out of the Sundance Film Festival: Eva Longoria Bastón’s feature documentary, “La Guerra Civil,” about the legendary rivalry between boxers Julio César Chávez and Oscar de la Hoya, and Juan Pablo González’s “Dos Estaciones,” winner of the World Cinema Dramatic Competition Special Jury Award for Best Actress for Teresa Sánchez for her performance as the owner of a rundown tequila factory. Presented by Corona Extra and produced by the International Latino Cultural Center of Chicago, the Festival will include in-person screenings at the Landmark Century, multiple drive-in presentations at ChiTown Movies Drive-In and some virtual screenings accessible to residents of Illinois and the Midwest states of Minnesota, Iowa, Wisconsin, Michigan and Indiana. The full lineup will be announced in late March. Tickets go on sale Monday, March 21 here. 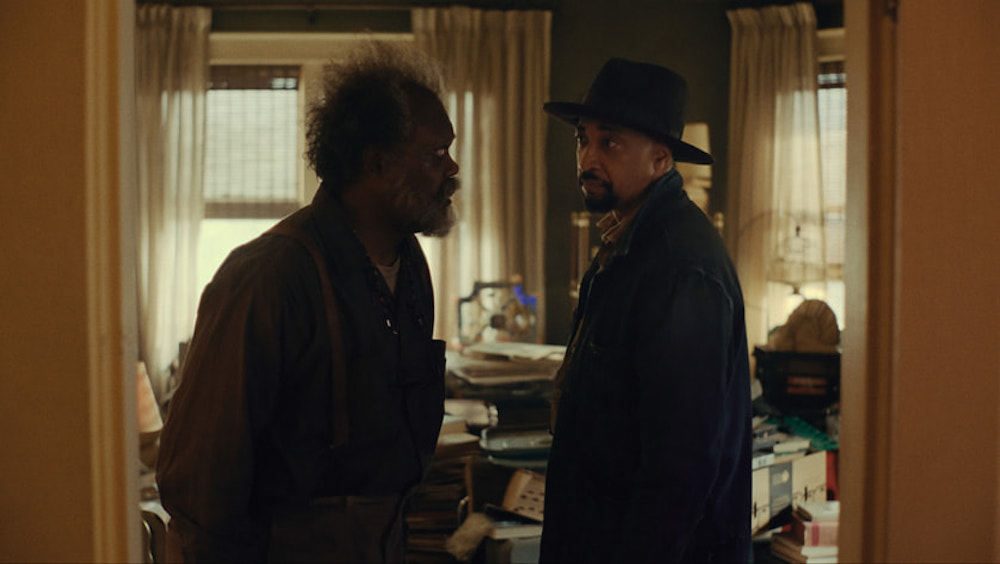 “The Last Days of Ptolemy Grey”

A pile-up of 2021 pictures are in the stream, including “West Side Story” on HBO Max and Disney Plus; “Drive My Car” on HBO Max; David Lowery’s little-seen “The Green Knight” on Showtime and Paul Verhoeven’s “Benedetta” on Hulu.

Apple TV Plus’ six-episode limited series “The Last Days of Ptolemy Grey” debuts this week, with Samuel L. Jackson as ninety-one-year-old Ptolemy Grey, an ailing man forgotten by his family, by his friends, “and by even himself.” Losing touch with his trusted caretaker “and on the brink of sinking even deeper into a lonely dementia, Ptolemy is assigned to the care of orphaned teenager Robyn, played by Dominique Fishback. When they learn about a treatment that can restore Ptolemy’s dementia-addled memories, it begins a journey toward shocking truths about the past, present and future.” The cast also includes Damon Gupton, Marsha Stephanie Blake, Walton Goggins and Omar Miller. Walter Mosley and Ramin Bahrani (“Fahrenheit 451,” “Man Push Cart”) are among the producers; the directors are Bahrani, Debbie Allen, Hanelle M. Culpepper (“Star Trek: Picard”) and Guillermo Navarro (cinematographer on “Pan’s Labyrinth”). I’m in. Starts Friday, March 11.

A trailer for Apple TV Plus’ “Pachinko” has arrived before the eight-episode limited series’ worldwide drop on March 25. No preview yet, but it sounds like the kind of ambitious international production that the money sluicing from the overflow of the conglomerate streamers ought to invest in.

The sweeping family epic, based on the best-selling novel by Min Jin Lee is told in Korean, Japanese and English and moves across four decades and multiple continents. Starting in Korea in the early 1900s, “the story is told through the eyes of a remarkable matriarch, Sunja, who triumphs against all odds and juxtaposes her story with that of her grandson, Solomon, in the 1980s,” Apple prompts. More promising than the boilerplate is the assembled talent: adapted and written by Soo Hugh (“The Terror,” “The Killing”), with Kogonada and Justin Chon as executive producers who directed four episodes each, and Kogonada directing the pilot. If the touch Kogonada has brought to his own austere yet lyrical work “Columbus” and “After Yang” is part of the mix… The series’ actors include the Academy Award-winning Yuh-Jung Youn as the older Sunja; Lee Minho, Jin Ha, Minha Kim, Anna Sawai, Eunchae Jung, Inji Jeong and Yu-na Jeon.