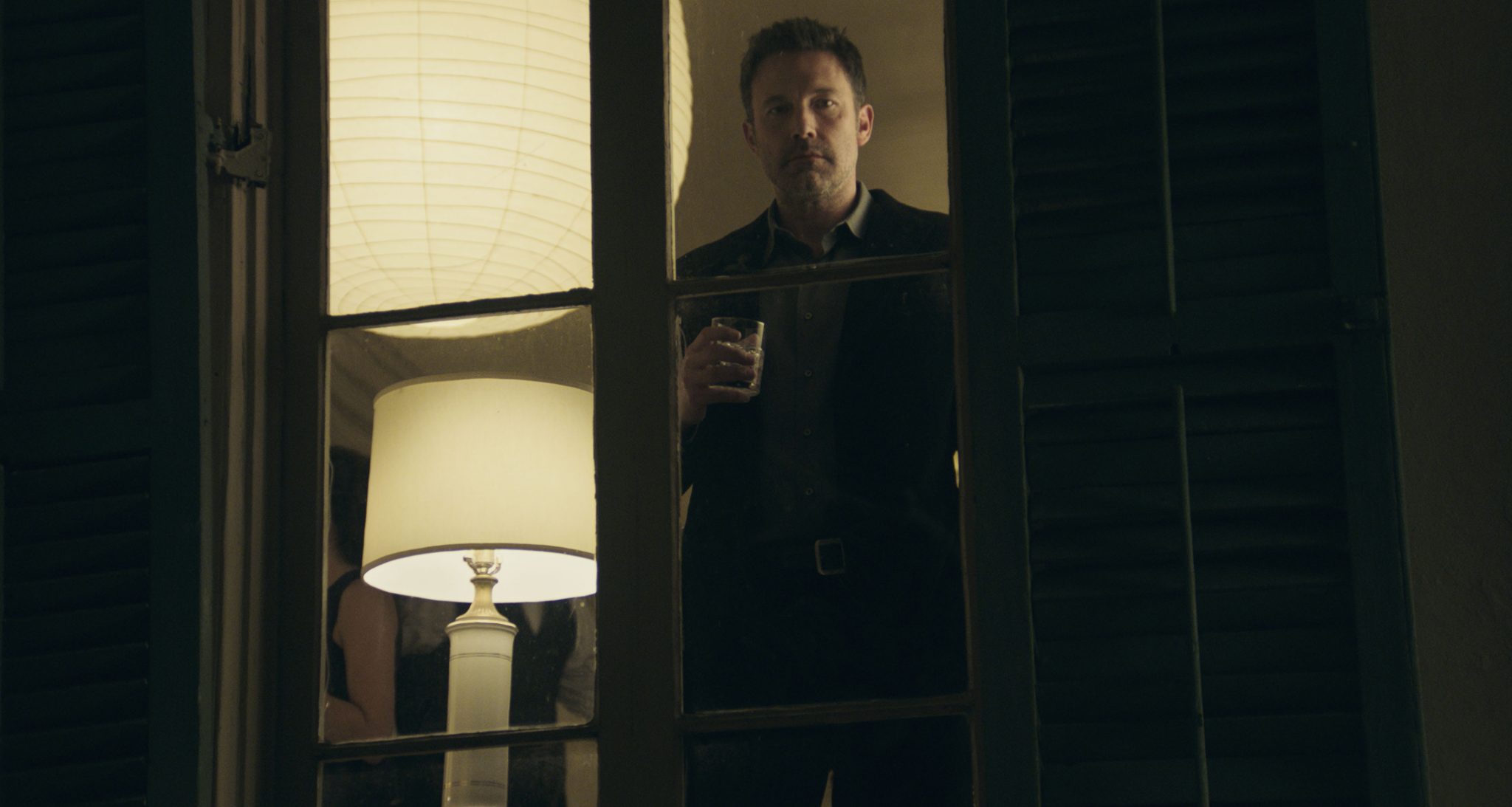 From the corpus of what was once the Twentieth Century Fox studio, Adrian Lyne’s “Deep Water” arrives on Hulu after an unceremonious disappearance from the January theatrical release slate. In theaters, Mark Rylance plays a former Savile Row tailor in “The Outfit,” who must outwit a pack of gangsters in one long night. Ti West’s “X” crosses the Texas border in a horror movie on the set of an adult film set. The long line of Disney intellectual-property revisits begins in earnest with a new “Cheaper By The Dozen,” based on the 2003 release, featuring Gabrielle Union, Zach Braff and Erika Christensen, streaming on Disney Plus. The first seven titles are out for this year’s edition of the Chicago Critics Film Festival, and they’re a wallop of goodness.

The Film Center books a week of Ukrainian films, reaching all the way back to Dziga Vertov’s “Man With A Movie Camera”; The thirty-eighth Chicago Latino Film Festival announces its opening and centerpiece selections, both of which will be seen only at the drive-in. And Asian American Showcase returns to Siskel.

Pavement’s first video in twenty years is a corpus-dissecting piece by Alex Ross Perry; and Focus Features cuts a sizzle reel for its two decades in the art-house big. Plus: AMC Theatres is investing in mining gold and silver after its fluke recent stock market gains. (Cue the wind blowing, blowing in the final shot of “The Treasure of the Sierra Madre.”) And: writer Molly Lambert reflects on that scene from “Licorice Pizza.” 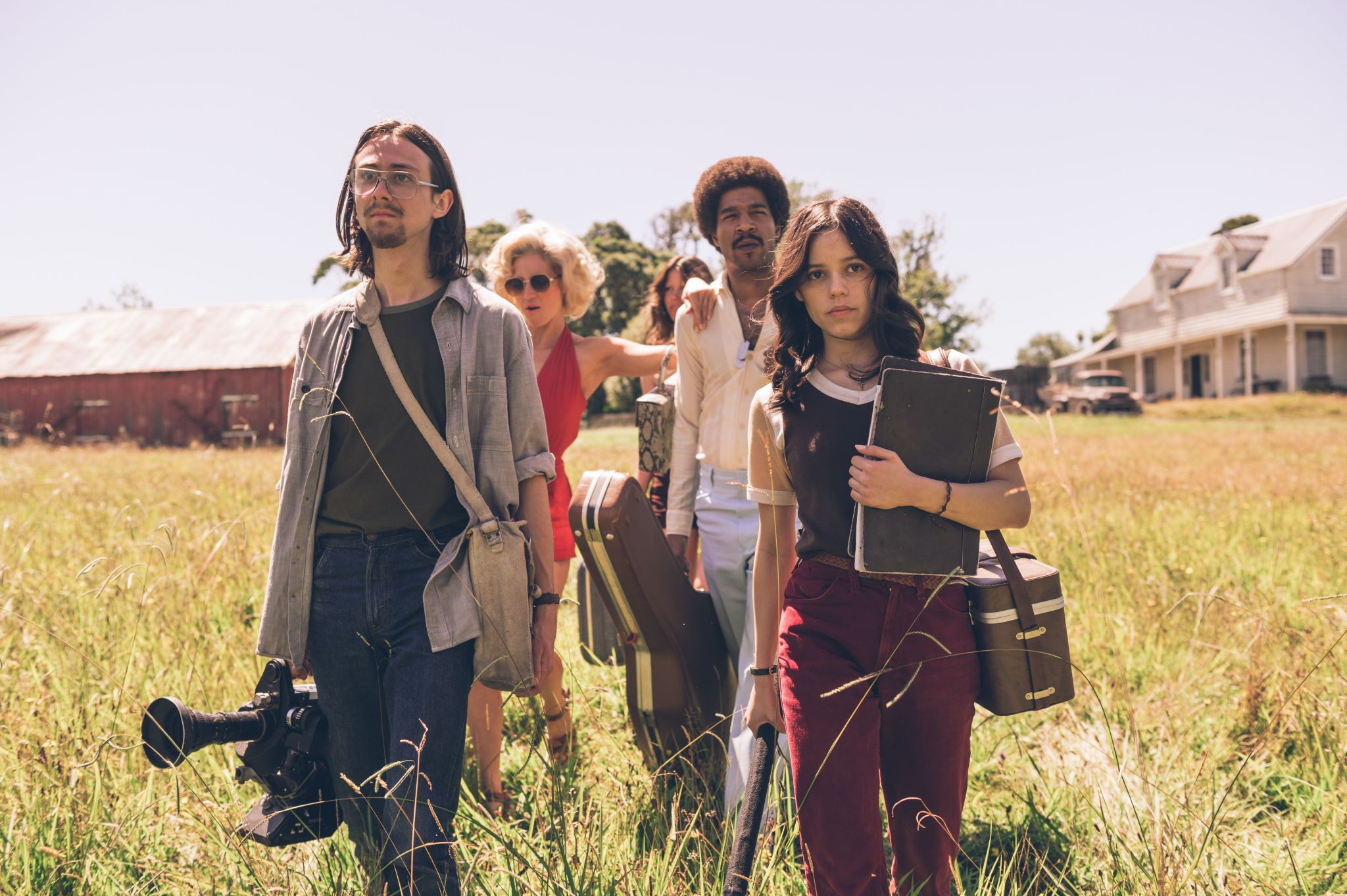 The Mia Goth-starring “X,” distributed by A24 and opening at the Music Box on 35mm, brings horror to a Texas adult film shoot in 1979. Previewed after deadline, but screenwriter and trustworthy film aficionado Larry Karaszewski enthuses: “Ti West has made the out-of-its-mind balls-out horror comedy art film that 2022 desperately needs.” 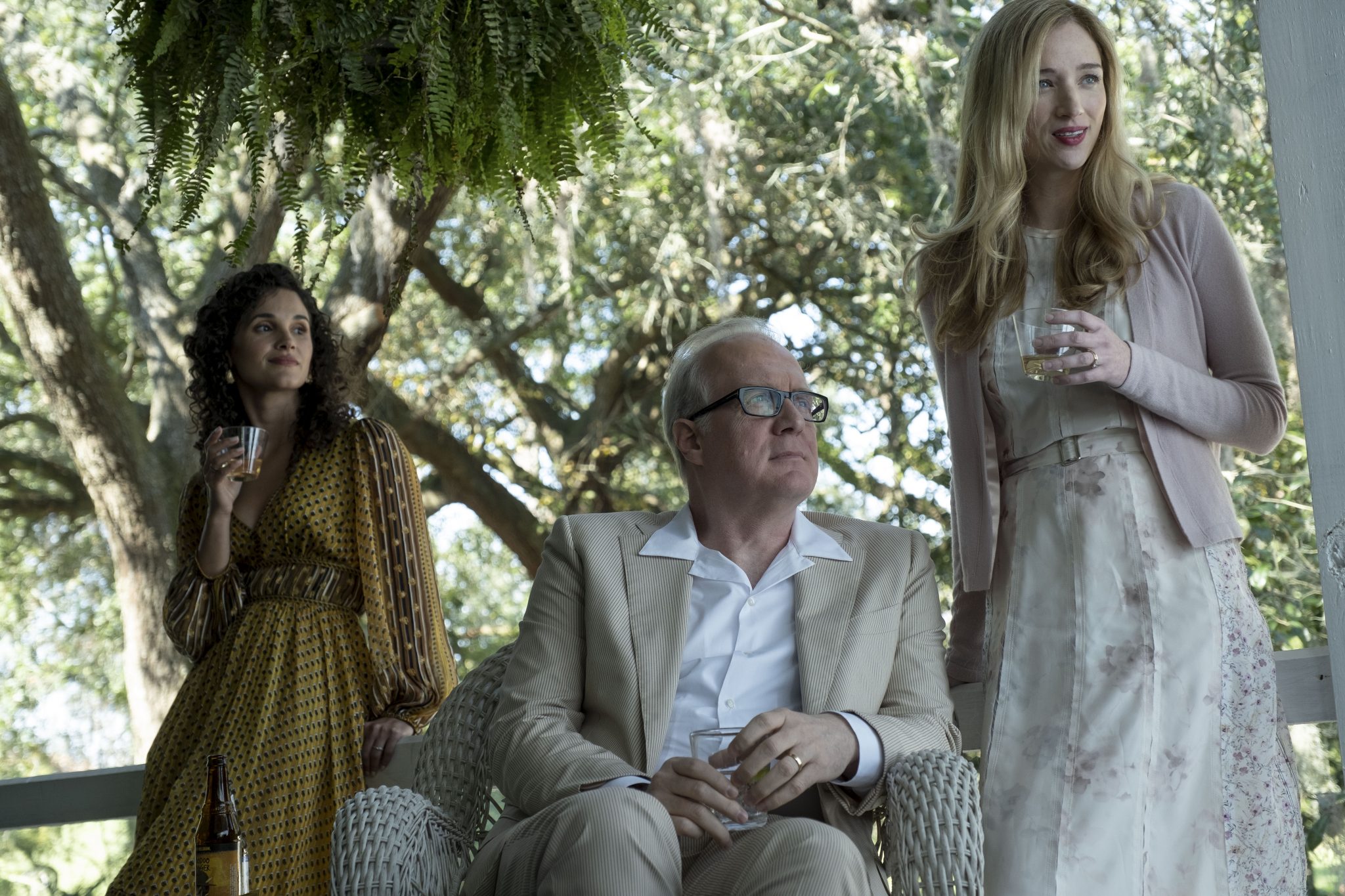 Adrian Lyne’s Patricia Highsmith adaptation “Deep Water,” which began shooting in late 2019 in New Orleans, during the brief heyday of a public relationship between Ben Affleck and Ana de Armas, is the kind of sexually charged psychological thriller that the studios were fond of finessing in the 1980s and 1990s, and which were often zeitgeist-defining box-office successes. There’s been a recent rush of critical elevation of the charms of that moment, but the now-eighty-one-year-old director, whose nine features as director since 1980 include “Foxes,” “Fatal Attraction,” “Indecent Proposal,” “Flashdance,” “9 1/2 Weeks” and and most recently, 2002’s “Unfaithful,” hasn’t gotten the level of rumination of, say, Paul Verhoeven, for his highly crafted erotic sorties. “Unfaithful” and “Deep Water” are both telling titles for thematic strands that can be plucked from his relatively small body of work: indiscretion and infidelity inevitably lead to ruptures in grown-up lives. Lyne told me at the time of “Unfaithful,” “It’s funny. Someone asked me, they always ask me, what is the appeal of adultery? I suppose a lot of it is the danger of it, the illicitness of it. If we are free to do it—in fact, that’s my entire movie, isn’t it? If we’re free to do it, there’s no heat.” All this is depicted, of course, with tactile beauty and visual restlessness; the human figures move in space, within decors that are sumptuous and simmer. Passion comes urgently. (To take up a vulgar internet usage: They Fuck.) How does the marriage of Vic and Melinda fit into Lyne’s universe? Do the sullen Affleck and the sparkling de Armas mess it all up in their cat-and-mouse games? And do Lyne and credited screenwriters Zach Helm (“Stranger Than Fiction”) and Sam Levinson (“Euphoria”) capture the pure, seething malice of literature’s great curmudgeon Patricia Highsmith, her provocative, casual amorality? Yes, and yes: the privileged characters are aware of what once would have been considered their indiscretions, and the filmmakers are aware of how such figures have been depicted in earlier movies. Polish and trashiness remain eager bedmates. (And there’s little concern about the dread “likability” imposed upon contemporary movie characters.) Money swaddles whispers of possible past murders and the out-loud claim that Vic’s wealth came from designing killer drones. Murder, murder, fuck and kill: this is Highsmith territory that readily accommodates moments of high camp. Tease and taunt are the dance; de Armas’ unapologetically physicalized acting is matched by Affleck’s low-key, internalized performance, as filled with quiet, subtle detail as his memorable work in “Gone Girl.” As “shocking” as the necessary plot turns is just how knowing and funny and rich and malicious “Deep Water” can be. (Another Highsmith element: her great love, snails, have their moment in the spotlight.) There are hints of a longer version that could add more heat to the hurtling, even batshit final scenes; one hopes the twenty-minute difference in listed running times from pre-release until now promises a longer, more riotous roller coaster ride. Streaming from Friday, March 18 on Hulu.

The School of the Art Institute of Chicago’s Gene Siskel Film Center will present Ukrainian Cinema, five films showcasing the lives and experiences of Ukrainian people, past and present, with most titles screening twice between Friday, March 25 and Thursday, April 7. Ten percent of the sales for films in this series will be donated to Voices of Children, a Ukrainian-based nonprofit providing emergency psychological aid and assistance in the evacuation process to Ukrainian children and families affected by the Russian invasion of Ukraine. “The situation in Ukraine is heartbreaking,” says Film Center director of programming Rebecca Fons in a release. “As a cultural institution that values artists from across the globe, and as a team who aches to contribute support, even if in a small way, we present this small collection of films from filmmakers that demonstrate the lives and experiences —both harrowing and hopeful—of Ukrainian people, past and present and will donate a portion of the proceeds to the Ukrainian-based nonprofit Voices of Children.” Films and other details here.

The Chicago Critics Film Festival has announced the first seven titles for 2022, returning to its May berth at the Music Box, including the first local manifestations of Terence Davies’ “Benediction,” Claire Denis’ “Fire,” and Cooper Raiff’s “Cha Cha Real Smooth,” the Dakota Johnson-starring big buy of this year’s Sundance Film Festival, which Apple took for a reported $15 million. More titles will be announced soon; details here. And the Film Center and the Foundation for Asian American Independent Media bring back the Asian American Showcase from April 1-13, with new films from emerging voices in independent filmmaking, as well as films they missed on the big screen in the last two years. Select filmmakers scheduled to attend! Details here.

Pavement released its first video in twenty years, and it’s an experimental piece by indie stalwart Alex Ross Perry, set to their song, “Harness Your Hopes.”

Perry told Kodak, “As much as I would like to, we do not know the exact shooting formats of each of the dozen or so original Pavement music videos we were playing with, all of which were made between 1994 and 1999 and thus likely shot on 16mm or 35mm. We thought about making this all look as low-grade and janky as possible in order to match the lowest resolution video source files we had to work with. However casting a proper, modern 16mm aesthetic on Sophie and then placing her on top of rear projection of the original videos was obviously the only choice in order to give this piece a consistent look, with one foot in both the 90s aesthetics and our modern interplay with them.”

“AMC is playing on offense again with a bold diversification move,” tweets the company’s CEO Adam Aron. as AMC moves from its stock bubble into gold and silver extraction.”We just purchased 22% of Hycroft Mining of northern Nevada. It has fifteen million ounces of gold resources! And 600 million ounces of silver resources! Our expertise to help them bolster their liquidity.” Reports Reuters: “AMC, which was at the heart of the 2021 meme stocks saga, has also increased investments in NFT programs and accepted cryptocurrency, along with its initiative to enter the industry of retail popcorn sales. Its shares have gained nearly 22% in last twelve months. AMC said the strength from the release of blockbusters such as ‘Spider-Man: No Way Home’ and ‘The Batman’ has helped the company to recover from the pandemic-driven fall.”

“I have reached my final galaxy brain ‘Licorice Pizza’ take which is that it’s a movie about fetishization: PTA’s fetishization of the Jewish valley girls he grew up around, and that’s where the Mikado scene with the guy who fetishizes Japanese women fits in,” writes “Heidi World” podcaster Molly Lambert on Twitter. “Fetishization is idealization of a type but it also robs that type of their agency, Gary Valentine idealizes Alana even though she’s a total fuck-up but he’s also not at all prepared to actually deal with how fucked-up she is; in this way I see the kiss at the end as a downer ending like the end of ‘The Graduate,’ intense excitement followed immediately offscreen by the comedown of reality and consequences.” She concludes, “Anyway this is why ‘Vertigo’ is the best and most fucked-up movie.”