French coming-of-age “Gagarine,” set in a doomed futuristic housing project, opens at Siskel; the Nicolas Cage-starring Nicolas Cage spoof “The Unbearable Weight of Massive Talent” opens in multiple locations. (“Creatively unfulfilled and facing financial ruin, the fictionalized version of Cage must accept a $1 million offer to attend the birthday of a dangerous superfan. Things take a wildly unexpected turn when Cage is recruited by a CIA operative.”)

Jacques Audiard’s “Paris, 13th District” moves to the Siskel for the second week of its Chicago run; it’s a loving black-and-white take on stories by Adrian Tomine, adapted by Audiard, Léa Mysius and Céline Sciamma (“Portrait Of A Lady On Fire,” “Petite Maman”). Our review here. Siskel showtimes here. 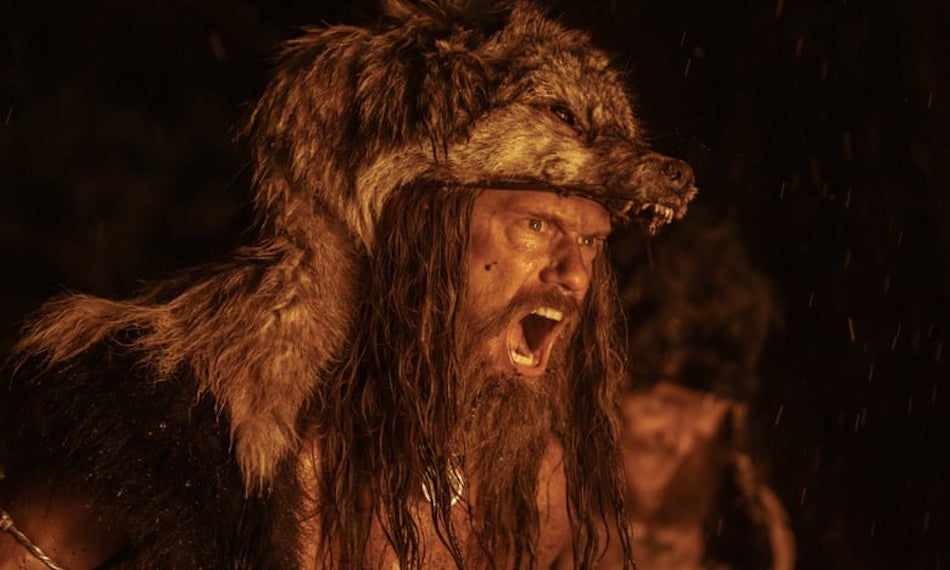 With his third feature and first studio outing, Robert Eggers action epic “The Northman” tempts the hundred-million-dollar mark; it’s a violent medieval saga (trailer here; extended clip here) co-written by Eggers and surrealist poet, novelist and Björk lyricist Sjón. (A profile of Sjón in the New York Times magazine opens with the story of how he literally writes within the belly of a whale.) The cast includes Alexander Skarsgård, Nicole Kidman, Claes Bang, Anya Taylor-Joy, Ethan Hawke, Willem Dafoe as “Heimir The Fool” and Björk as “The Seeress.” Opens Friday April 22; April 21 at the Music Box.

Siskel’s showing the Great Whatsit of corporate I. P. that has bedeviled successive conglomerates that have purchased the assets of what is now known as Warner Bros. Discovery, “Akira,” the majestic, epic 1988 animated vision of a dystopian”Neo-Tokyo” from Japan’s Katsuhiro Ôtomo. (While also stranding since 2020 filmmakers not limited to Jordan Peele, Justin Lin, Jaume Collet-Serra and Taika Waititi.) Shown as part of the yearlong “50/50” series at Siskel, Monday, April 25, 6pm.

Wong Kar-Wai’s “The Grandmaster” in its 130-minute original China cut, rather than the 2013 snipped Harvey Weinstein American release, is Friday’s attraction in the WKW series at Doc Films. And the Music Box features Orson Welles’ bonkers, fractured noir “The Lady From Shanghai” (1948).

Fanny Liatard and Jérémy Trouilh’s “Gagarine” follows upheavals, modest yet monumental, in the life of sixteen-year-old Youri, whose only home, a sprawling, futuristic red-brick housing project of 370 apartments, largely occupied by immigrants in the southeastern suburbs of Paris, named after the first man in space, Russian cosmonaut Yuri Gagarin, is slated for demolition. (“Gagarine” was shot before the end of the housing project, in collaboration with its residents in Ivry-sur-Seine.) How can Youri, who has dreamt all these years of becoming an astronaut, and his friends Diana and Houssam save their protective “spaceship” from hostile obliteration? Liatard puts the directorial duo’s aims, ethnographic but also touching magical realism, in perspective: “We wanted to give a positive vision of a place and generation that are often caricatured. Youri loves his neighborhood. For him, Gagarine Cité is not an outdated utopia, it’s his present, and the soil of his future. Leaving means losing everything: abandoning his family and his imaginary world. So he takes up resistance. Some architect friends had been commissioned to study the possible demolition of Gagarine. They asked us to shoot some documentary portraits of the building’s tenants.” Trouilh: “We were immediately sucked in by the place and people. From our very first visit, we were thinking of setting a film there. We’d never made fiction, but it was self-evident that this was where we had to begin. We started writing a short, which became the basis of the feature, which we developed over time with the inhabitants, at the same time as they were saying goodbye to their building.” Like Youri, the filmmakers are hypnotized by space, as it has been lived, and as it presents itself as form, function and dreams, with only weeks, days, instants to stand. Hope is fragile; so is “Gagarine,” but it is touching and often beautiful. (Trailer here.) Opens Friday, April 22 at Siskel.

Wong Kar-Wai’s “The Grandmaster” took a mere five years work, and the sweeping emotions that wrench a fistful of characters in the China and Hong Kong of the middle of the twentieth century are calibrated with a fevered circulatory rhythm in each sequence, specific, detailed, almost madly so. Our story opens without prelude: Ip Man (Tony Leung) is in a nighttime street fight in pouring rain, against dozens of adversaries. Each motion, each blow, and each slash of water, each drop of rain, has been calculated in design, choreography and editing for maximal sensation. A near-imponderable amount of distinct, specific coverage had to have been shot for each and every scene. One mystery after another passes in front of us, precisely described by the camera and opposing bodies, whether in motion or in rest, close-ups sculpted of flesh and duration. There is a romance, and there is enough story for several novels, and the acting is exquisite, including by Zhang Ziyi as the heiress of a kung fu tradition and Leung as the exile who will bring a form of martial arts south and to the Western world. Decades into their contact, they try to recall the name of an opera. “Something about a dream,” she says. “’A dream of love,’” he says. “That’s what love is,” she says, “A dream.” The masterpiece of melancholy that is being shown is WKW’s 130-minute China cut, a far, far different, much more emotionally devastating version than the cut American audiences saw. Everything that seemed truncated or abrupt in the U.S. release is lengthened and deepened. It is to swoon. Even the buttons on a fine coat are given the emphasis of the whoosh of a blade, the crack of a bone or the scrape and grind and rush of a locomotive. Nothing is relative: all is memory. A dream. My 2013 interview with Tony Leung is here. “The Grandmaster” shows in DCP at Doc Films, Friday, April 22 at 7pm. 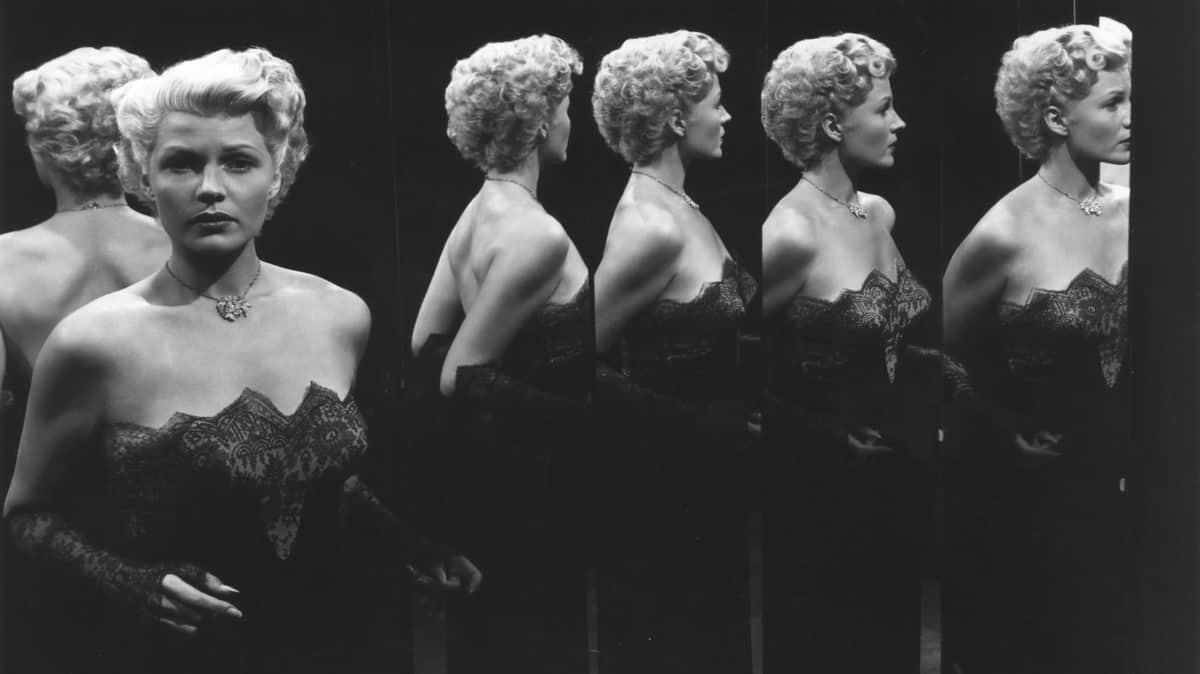 “The Lady From Shanghai”

You wonder how much stranger Orson Welles’ movies could have been if he’d had the financial safety net or any supportive industry that would have allowed hm to tinker even more than he did: with another thirty years to live, how might he have built on the thrillingly weird, baroquely funny “The Lady from Shanghai” (1948), “Touch Of Evil,” “F for Fake,” the posthumous provocation “The Other Side Of the Wind”? The nearly unfathomable plot of “Lady” finds Welles momentarily in the shape of a sailor caught between the suicidal and homicidal fantasies of a crippled lawyer and his frustrated young wife. Despite front-office-mandated reshoots, Welles’ first studio picture after “The Magnificent Ambersons” is cheerily, deliriously disjointed; Welles’ dense Irish brogue as “Michael O’Hara” is as thick as his character’s head; love interest Rita Hayworth, Columbia’s biggest star and Welles’ then-wife, made famous by her flowing red hair, waltzes through in a perverse blonde bob that, with her icy performance, makes her seem even more forbidding; supremely strange Glenn Anders and Everett Sloane cackle through maniacal machinations. There’s a wealth of bravura filmmaking, including the justly celebrated shootout finale in a ratty amusement park’s hall of mirrors. And the dialogue! Such dreamy, modern stuff: “Do you know, once, off the hump of Brazil, I saw the ocean so darkened with blood it was black, and the sun fainting away over the lip of the sky. We’d put in at Fortaleza, and a few of us had lines out for a bit of idle fishing. It was me had the first strike. A shark it was. Then there was another. And another shark again. Until all about, the sea was made of sharks, and more sharks still. And no water at all. My shark had torn himself from the hook and the scent or maybe the stain it was, and him bleeding his life away drove the rest of them mad.” Such it is with sharks and genius. (Trailer here.) “The Lady From Shanghai” is at the Music Box, Saturday-Sunday, April 23-24 for 11:30am matinees.

Ebertfest returns to in-person screenings at the Virginia Theatre in Champaign, only 126 miles south of Chicago and continues through April 23. More here. Tickets here. 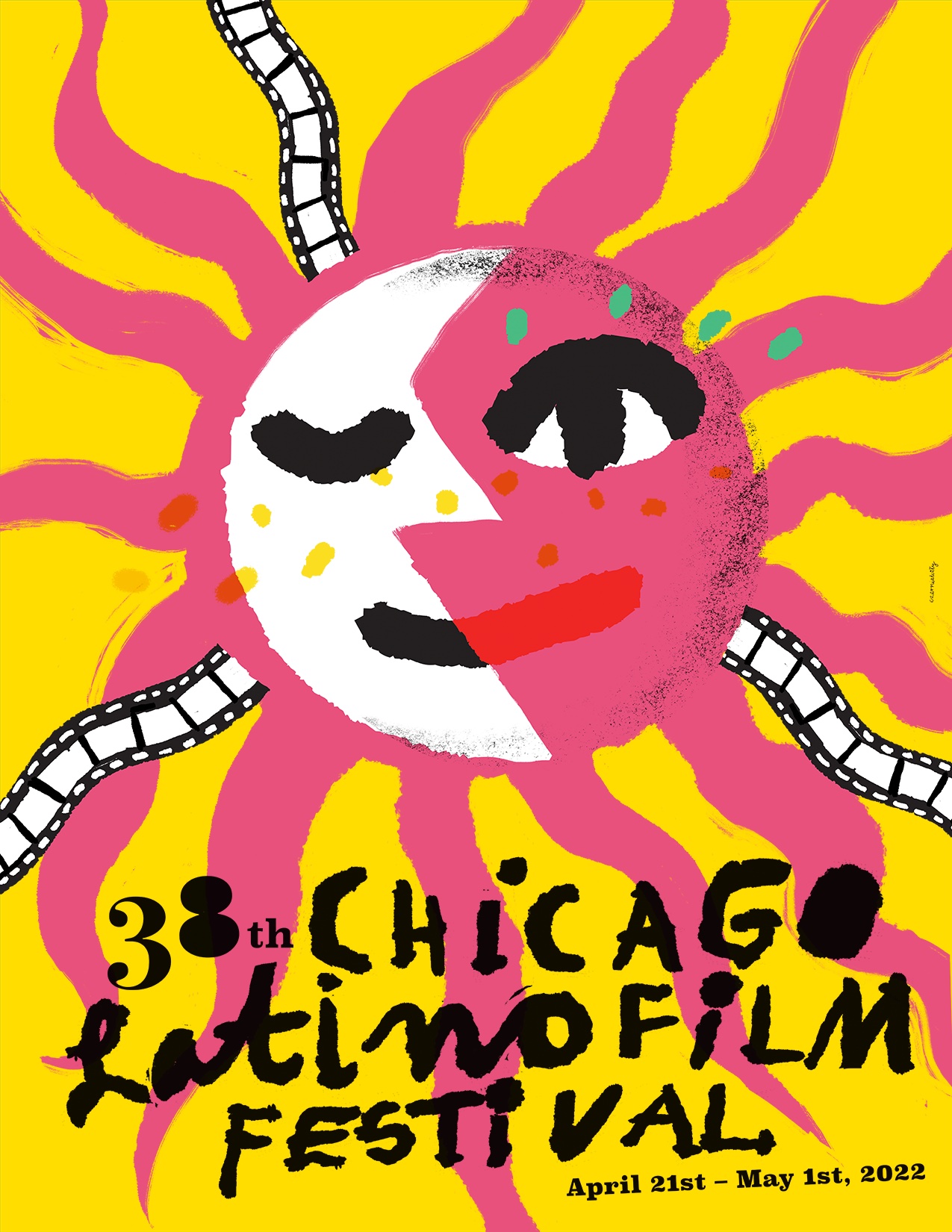 The Chicago Latino Film Festival runs April 21-May 1. For its thirty-eighth edition, the Chicago Latino Film Festival announces another year of hybrid format, with virtual, drive-in and for the first time since the pandemic began, in-person theatrical screenings. A significant number of films will be made available online to residents of the Midwest. More on the opening night and centerpiece attractions here. The complete film guide is here. Tickets to all events here.

The seventeenth CineYouth Festival will run April 22-24, at Facets in person, and also worldwide, virtually. “Featuring seventy-one international short films written and directed by filmmakers twenty-two and younger, the CineYouth slate includes films from seventeen countries, with more than half of the titles directed or co-directed by female-identifying filmmakers, and ten by directors identifying as nonbinary.” Seventeen titles will have world premieres at CineYouth, and another twelve will be holding U.S. premieres. Chicago International Film Festival artistic director Mimi Plauché says that “CineYouth is an essential part of Cinema/Chicago’s year-round programming, showing us the world through the eyes of young filmmakers.” CineYouth festival director Ryan Saunders says in a release, “As CineYouth returns to in-person screenings at Facets, these young filmmakers are setting the bar for the next generation of cinema. These artists have created inspiring, challenging, and insightful films despite the uniquely difficult environment in which they have worked over these last two years.” CineYouth opens at Facets on April 22 at 7pm with the Chicagoland shorts program, featuring eleven short films “that give voice to the vibrant cinematic cultures of the Chicagoland area, celebrating the diversity of experience found in our city.” All events and screenings are free and open to the public; tickets available here.