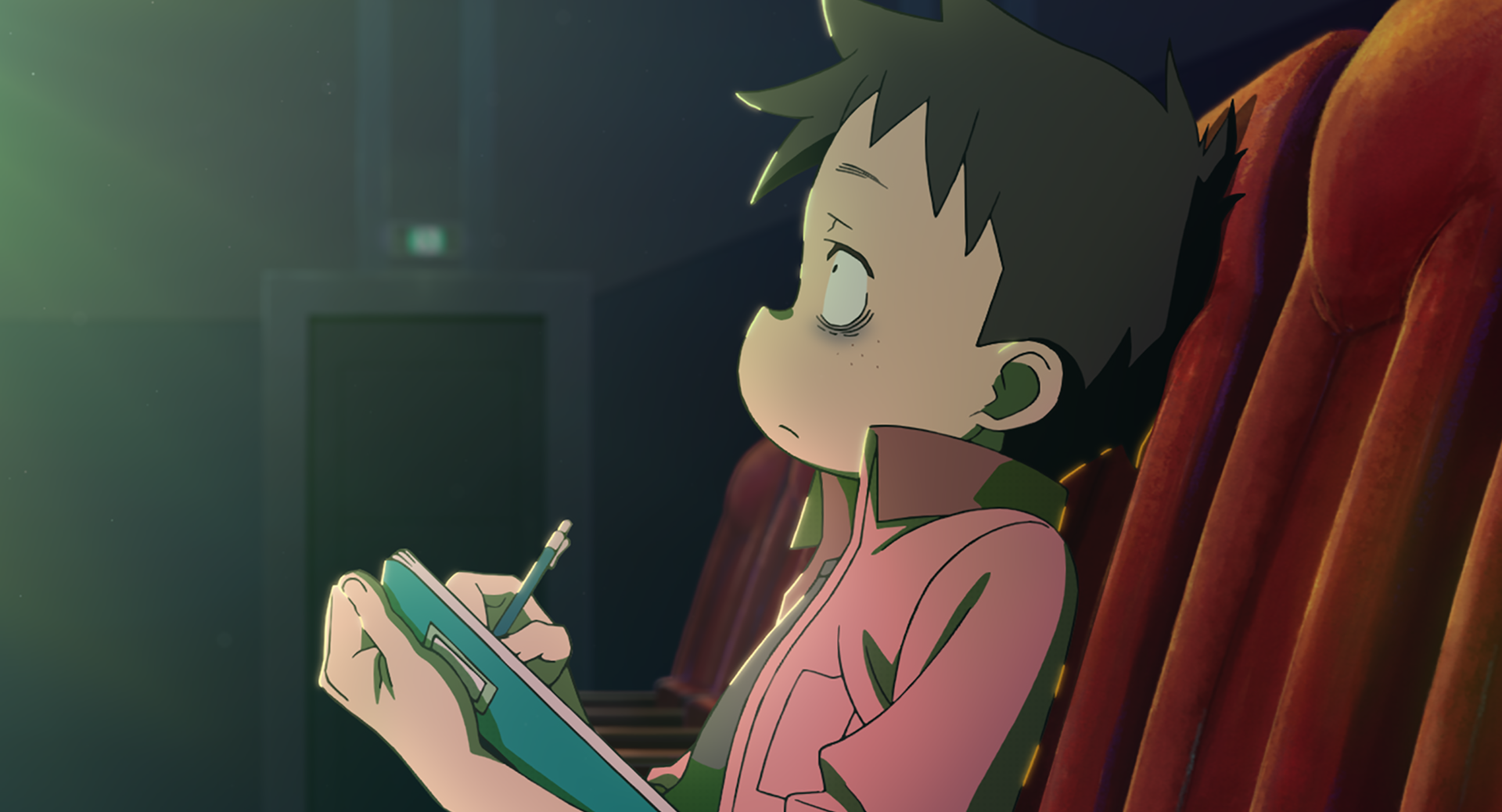 The world of media and movies may have rocked with reversals and rolled with reversals of fortunes this week, yet there’s still a shortfall in the number of movie releases necessary to keep theaters in the popcorn business. Netflix loses billions in market valuation as it sheds subscribers, not limited to its Russian former subscribers; Florida’s legislature and governor rapidly enact a law to end long-held agreements involving hundreds of millions of dollars between the Disney Co. and the state, after a perceived insult by the corporation against the state’s purposefully chaotic “Don’t Say Gay” legislation (which will cost Florida taxpayers dearly); newly formed Warner Bros. Discovery tosses $300 million after the now-defunct three-week-old CNN Plus world’s sometimes-richest man Elon Musk pits $44 billion, partly his own holdings, partly those of banks that will then hold more of his holdings to become master of the domain of Twitter. Asserts The Ankler’s Richard Rushfield: “The stories above are all over the map in terms of nature and impact, but what unites them is a common theme—that the world imposed from above by the grandees of media is slipping away. The whirlwinds—of the laws of finance, public opinions and tastes, of standards of basic decency—are ready to be reaped. As Disney is finding, the idea that the greats of media could live off the culture while benignly side-stepping the maelstrom of the culture wars is going up in smoke.”

But more importantly for this column, major distributors are starving moviehouses as they await the first tentpole opening of May on thousands and thousands of screens of the first feature in nine years signed by now-prolific producer Sam Raimi, “Doctor Strange In The Multiverse of Madness.” Coming soon to all the theaters near you.

Céline Sciamma’s immodestly modest fairytale “Petite Maman” opens Friday at Landmark Century in a booking announced at the last minute, and next Friday at Siskel. Both concrete and supernatural, everyday and extraordinary, it is a wisp of fairytale and also a major masterpiece. “‘Petite Maman,’ the ravishing seventy-two-minute fairytale from French writer-director Céline Sciamma, is gentle and essential in its refined storytelling; Sciamma works within quietude and with understated confidence. She gathers raptures of the ordinary.” “Petite Maman” is the May film feature in the print edition of Newcity, on streets and to subscribers now, and online next week.

Manga adaptation “Pompo the Cinephile” marks a return by veteran Japanese animator Hirao Takayuki as he provides the first feature from new animation studio CLAP. Set in “Nyallywood,” the world’s film production capital, producer Pompo decides her next movie will be about the movies, an ode to creative genius that will aim toward being a masterpiece. It’s a dense, rambunctious explainer and dreamer of all things cinematic in a terse ninety minutes, yet in bustling, bursting anime form. The director has cited three key films to the velocity of “Pompo the Cinephile”: “Goodfellas,” “12 Hours” and “Whiplash.” Hirao Takayuki transforms and transmutes influence. Starts Friday, April 29 at River East.

“The Northman,” despite being as violent and relentless as popular series like “Game Of Thrones,” didn’t catch fire at the box office over its opening weekend, yet, auspiciously, it was Monday’s highest-grossing movie, as if word-of-mouth could still be a thing: Robert Eggers’ third feature is drenching, hypnotic world-making, manifesting an impossibly lost age in the most practical physical terms and translates the Icelandic sagas into elemental drive. Eggers’ ambition is, of course, elevated by his collaborator, Icelandic talent Sjón (Sigurjón Birgir Sigurðsson). I managed to see it in a nearly empty auditorium (good for me and safety protocols, bad for movie’s prospects). Without drawing out praise, the actors are served scenery to devour and a grubby, feral banquet is had. Nicole Kidman makes many movies yet Nicole Kidman does not make enough movies (like “The Northman”); Björk has made few movies, but, well, Björk. Plus: Alexander Skarsgård, Claes Bang, Anya Taylor-Joy, Ethan Hawke and Willem Dafoe as “Heimir The Fool.” C’mon. Focus Features and New Regency paid north of $60 million to make this. Commercial adventurism is not dead, at least not this April. 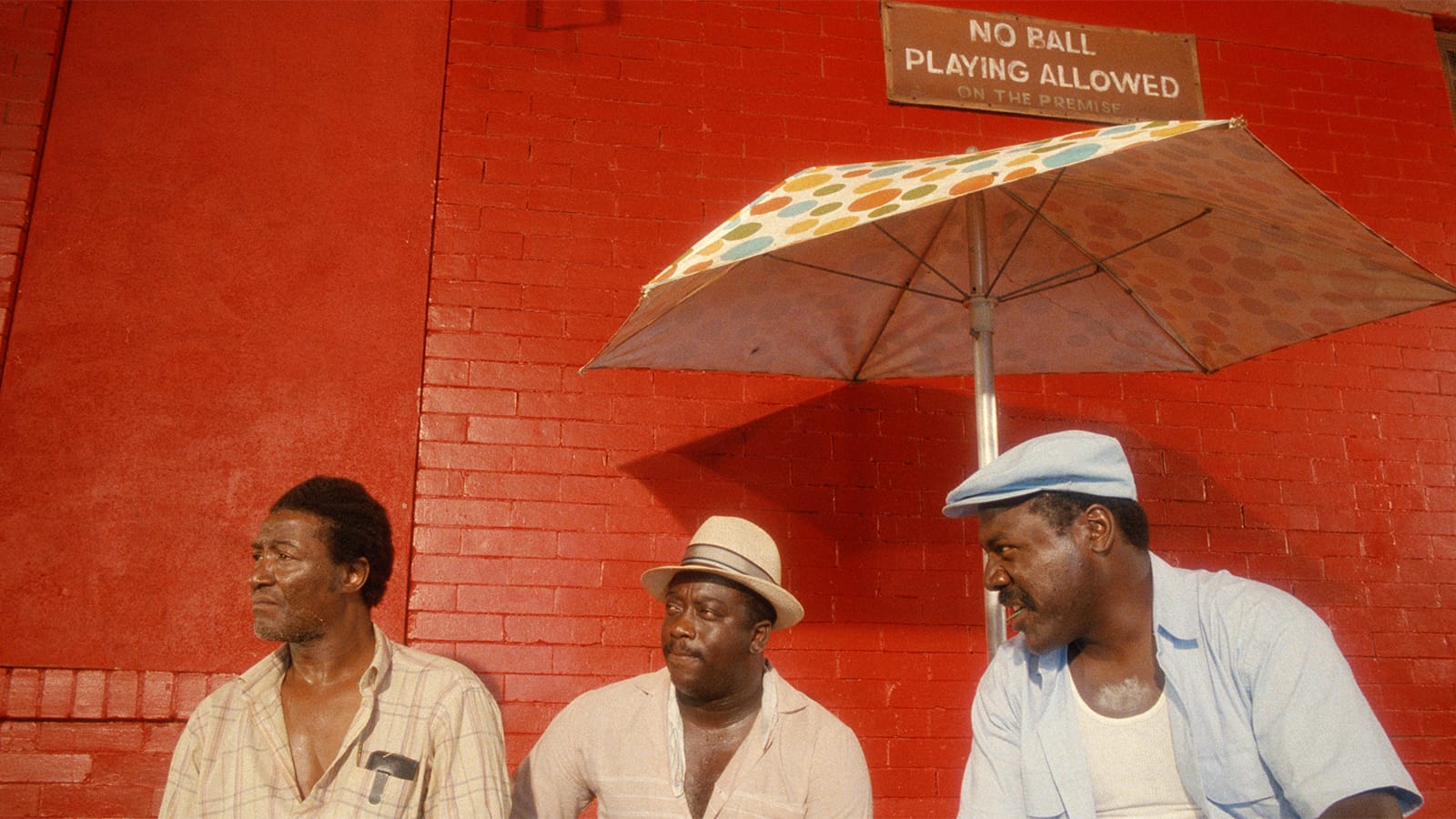 “Do The Right Thing”

“Well, here’s the thing, though,” Spike Lee said way back in February 2019, promoting “BlacKkKlansman,” “and this is the biggest criticism of ‘Do the Right Thing’: ‘Spike Lee, he didn’t provide the answer to racism! To prejudice!’ That was 1989, and I’m not going to start in motherfucking 2019. That’s not my job. To show what the fuck is happening. And hopefully, through dialogue or whatever, people see what the hell is going on. But I will not sit in front of this microphone staring at the Capitol Building and tell you that Spike Lee has an antidote to cleanse the world of hate, and racism. I won’t do that. It’ll be a lie. I don’t have the answer.” Here’s a question though: have you seen “Do the Right Thing”? Have you seen “Do the Right Thing” recently? Here’s your chance to see it in 35mm, a startling, electric creative dispatch from yesterday, and maybe even the future. When first released thirty-plus summers ago by Universal Pictures, cultural commissars warned of its potential impact: the apparition of this thrilling city symphony-Brechtian-Broadway-street scene-drama-dance musical would be an incendiary act, that it would set cities ablaze. Watching “Do the Right Thing” in 2022 is as much cloudburst as thunderclap: Lee’s indignation and furious creativity do not simmer, not unto this day. Lee’s movie stands far above the saddening crowd of today’s releases, and is born anew as it lights the screen, any screen, but especially on celluloid. “Do The Right Thing” is shown in 35mm on Monday, May 2 at 6pm at Siskel.

Siskel also features Milos Forman’s “One Flew Over the Cuckoo’s Nest” (Best Picture, 1976) as part of its centennial series of work by cinematographer Haskell Wexler. The institutions of society stifle not only Jack Nicholson’s Randle McMurphy, but by extension, an entire rebellious generation as seen by author Ken Kesey as well as sardonic, unsentimental Czech expatriate Forman. Wednesday, May 4, 6:15pm.

The Music Box and Shudder provide an unlikely zombie double-feature of Danny Boyle’s “28 Days Later” on its twentieth anniversary and Bruce McDonald’s unheralded “Pontypool,” both on 35mm. Boyle’s fervor isn’t diminished by the grime-on-grain video origins; McDonald’s typically sly telling, grandly talky, of a Canadian DJ who barricades himself in his booth against a zombie onslaught that could well have been brought on by the English language itself. As veteran Canadian critic Brian D. Johnson wrote upon its release, “Adapted by Tony Burgess from his own novel, it’s avant-garde fare, more Andre Breton than George Romero (this flesh-eating epidemic is linguistically spread, and its victims turn into babbling zombies.) The script’s cerebral convolutions are more over-wound than Tom Stoppard on acid.” Maybe not, but it’s prime McDonald material. Double-feature running time 206 minutes. (Trailer here.) Music Box, Sunday, May 1, 7pm .

Elaine May’s black comedy directorial debut “A New Leaf” (1971) graces the DOC Films schedule, a slimmed version of her original comic vision of murder and misogyny. May is rich, Walter Matthau is gold-digging, and botany and murder are on the dance card. It remains a staggeringly original and sorrowful and hilarious movie: what a career the ninety-year-old master has had so far. (Find a clip here.) DOC Films, Wednesday, May 4, 7pm.
After we’ve seen the 4K digital restoration at the Music Box, Doc presents John Carpenter’s “The Thing” and its lilting nihilism in the original 35mm. DOC Films, Thursday May 5, 7pm. 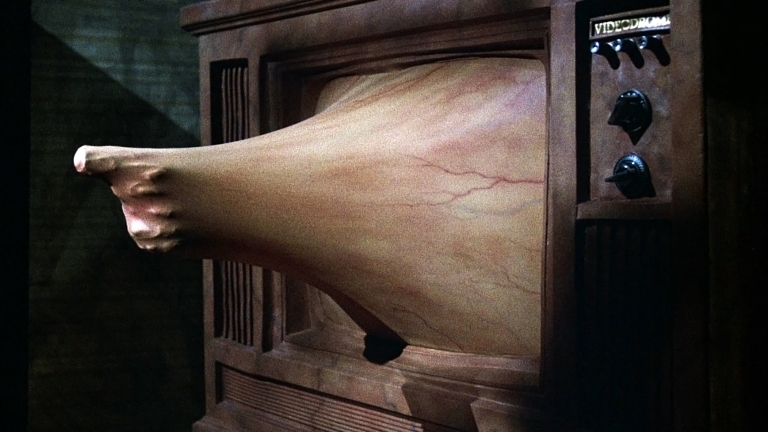 Facets declares it “Halfway To Halloween,” and demonstrates it with David Cronenberg’s “Videodrome,” Friday, April 29, 7pm and Kiyoshi Kurosawa’s “Pulse,” 9pm; Karyn Kusama and Diablo Cody’s “Jennifer’s Body,” Saturday, April 30, 7pm; and Jordan Peele’s “Get Out,” Sunday, May 1, 5pm. Cronenberg in 2005: “With ‘Videodrome,’ I wanted to posit the possibility that a man exposed to violent imagery would begin to hallucinate. I wanted to see what it would be like, in fact, if what the censors were saying would happen, did happen. What would it feel like?” And such is the glory of horror, long live the New Flesh.

Chicago Filmmakers continues its “Masterwork: Industry Conversations” with sound mixer Scott Smith, a forty-five-year veteran of the sound recording and movie business with over fifty productions to his credit, including “The Fugitive,” “Risky Business” and “Shameless.” Via Zoom, Saturday, April 30, 3pm. Details here. 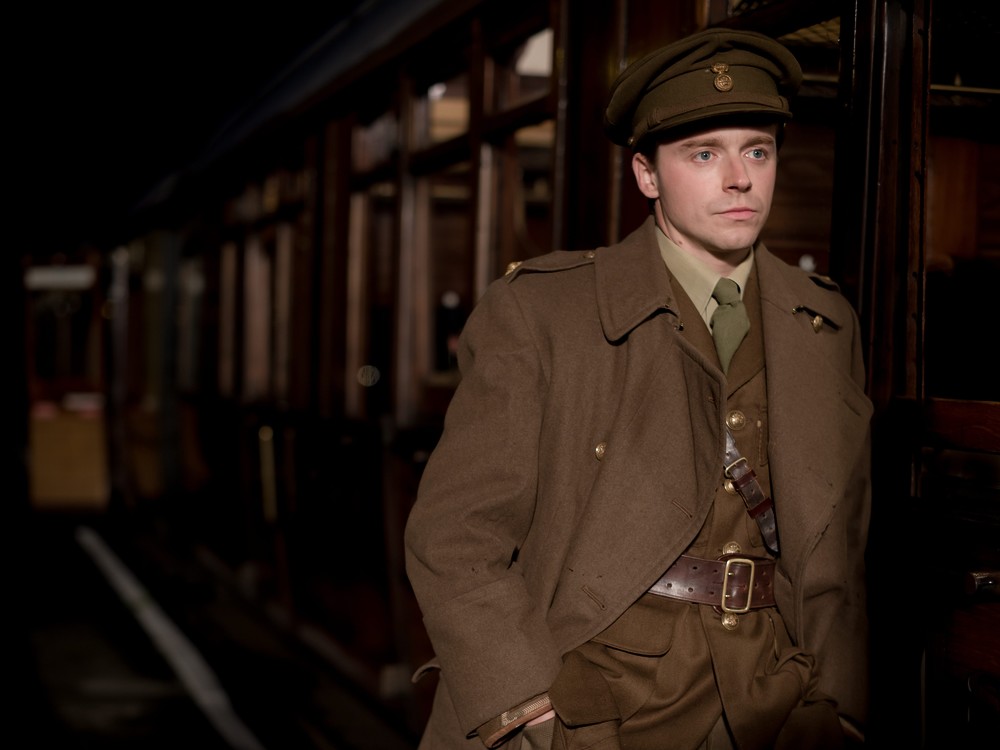 The Chicago Critics Film Festival returns to the Music Box on May 13-19. The complete program is online now here; there’s a lot to like and look at and to be discussed this month and beyond. The $150 series pass stakes you to the full twenty-five films here.