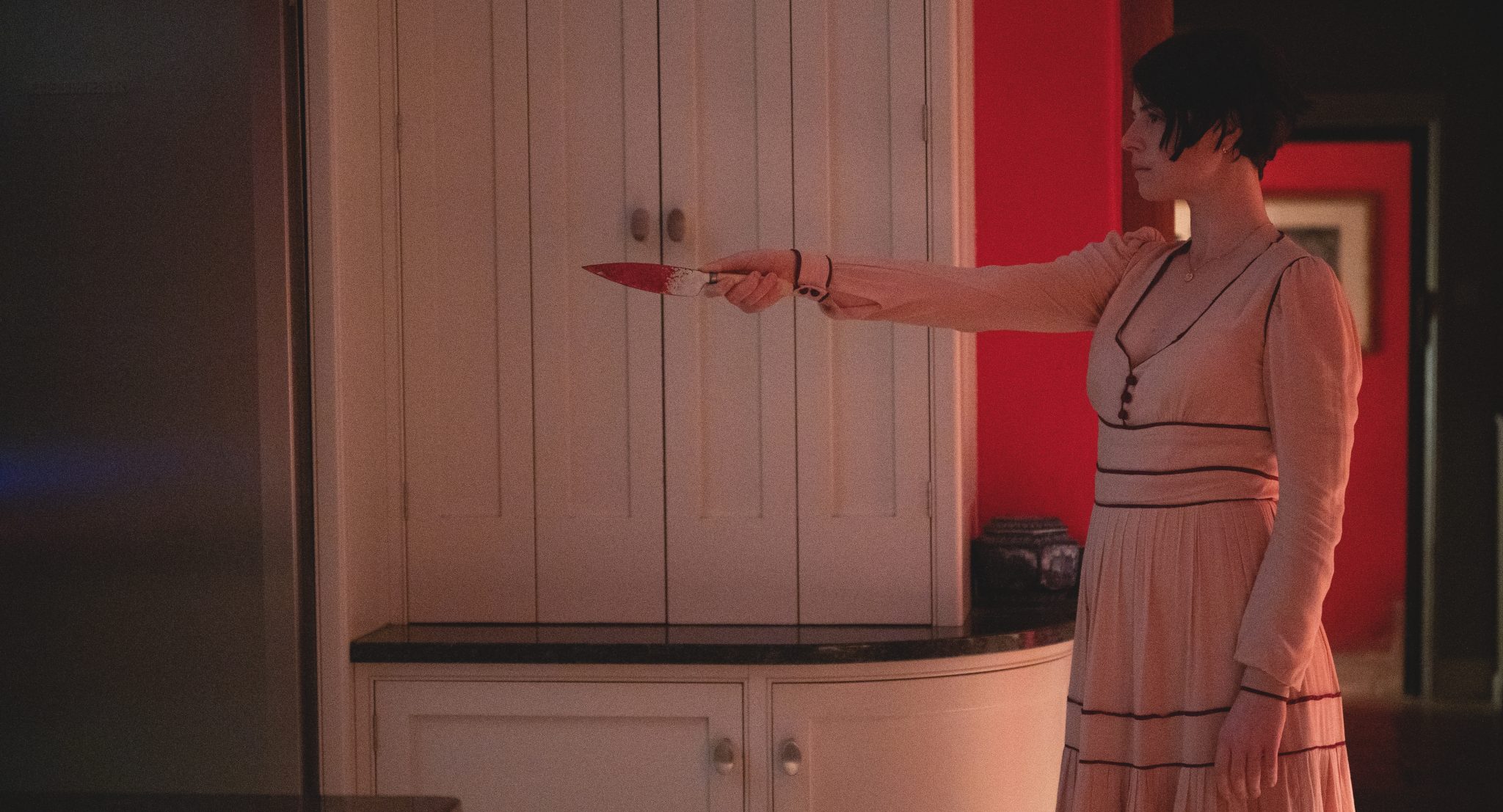 Alex Garland’s third credited feature as director, “Men,” is parable, shape-shifting horror and a mean, tight little essentialist fable. The veteran novelist and screenwriter’s elusive fairytale is a feathery traipse down the lane of rural lore: beautifully crafted, simply stated and open to interpretation (and much more misinterpretation.) It will be fervently misunderstood.

Harper (Irish actress Jessie Buckley) has suffered a sudden tragedy and she retreats to a village in the English countryside to take measure, grieve, perhaps even to begin to heal. After a tour of the cottage she has rented for a few weeks, described as over 500 years old, predating Shakespeare, by the gawping, cartoonish British householder with a thriving overgrowth of neglected teeth, Harper’s calm is short-lived. She explores the luridly lush and impossibly verdant nearby wood.

Throughout “Men,” sun passes into shadow in miraculous ways, suggesting eons, rather than hours, are passing. Harper’s many changes of layered autumnal clothing also suggest as much. Garland and his customary cinematographer, the masterful Rob Hardy, make mood-shifting play with planes of focus in the damp air on Harper’s perambulation. Tufted seeds drift, alight, impossibly crisp. (One such seed drifts through the forest and falls into the empty eyehole of a maggoty deer.)

A man follows her through a long tunnel after she’s echoed her voice through it with cresting joy in cascading notes. The man, naked, is plastered with clay and leaves; the legend of the Green Man has manifested amid seemingly Edenic calm. Harper reports him as a stalker. Men, men, men appear: a constable, a publican, a brutally nasty boy, a calmly vicious vicar.

All the men, burbling with calm and then maniacal mayhem, are played in their guises by Rory Kinnear. The effect is a fractal kaleidoscope of terrible archetypes. The men trouble, then threaten her past the point of reason. They are each annoying, then passive-aggressive, then aggrieved. Toxic masculinity? “You’re in pain, aren’t you, you’re tormented,” the vicar murmurs assertively, laying an unwanted, unwarranted hand upon her thigh. (They may as well be a profusion of sentient larvae.)

Harper is strong but consternated: her face flashes a dazzling range of “This makes no sense at all” reactions. Shreds of poetry rise within landscapes: a profusion of pears; apples that fall in sudden malefic profusion. Harper pauses in many compositions of middle distance that capture her figure in profile, a history of the domicile. There is also at one dark, dazzling moment a tear in the heavens, a selvage of starry sky that appears a witness to the calving of nebulae.

Then there are unflinching passages that suggest the body horror of filmmakers like David Cronenberg, a notion from Takashi Miike’s “Gozu” (2003) and the feral squish of the climax of Brian Yuzna’s icky critique of American gentry, “Society” (1989). These will be the birth of much conversation.

Finally, a pair of endings tumble together; one is the touch of a tiny green leaf to Harper’s pale fingertip and a relieved smile; the other a man’s plea for love that is also a passive-aggressive command.

Garland tells David Sims at the Atlantic, “I sometimes think there’s huge pressure in filmmaking, from all sorts of areas, to be very conservative. You want to appeal to as big an audience as possible, so you limit the kind of risks you take. And that seems like a shame. So, in a way, if I see a big swing, I’m very minded just to immediately take it.” “Men” swings.

“Men” opens at the Music Box with a Thursday, May 19 late show and Friday, May 20 at River East, Newcity 14 and other locations.