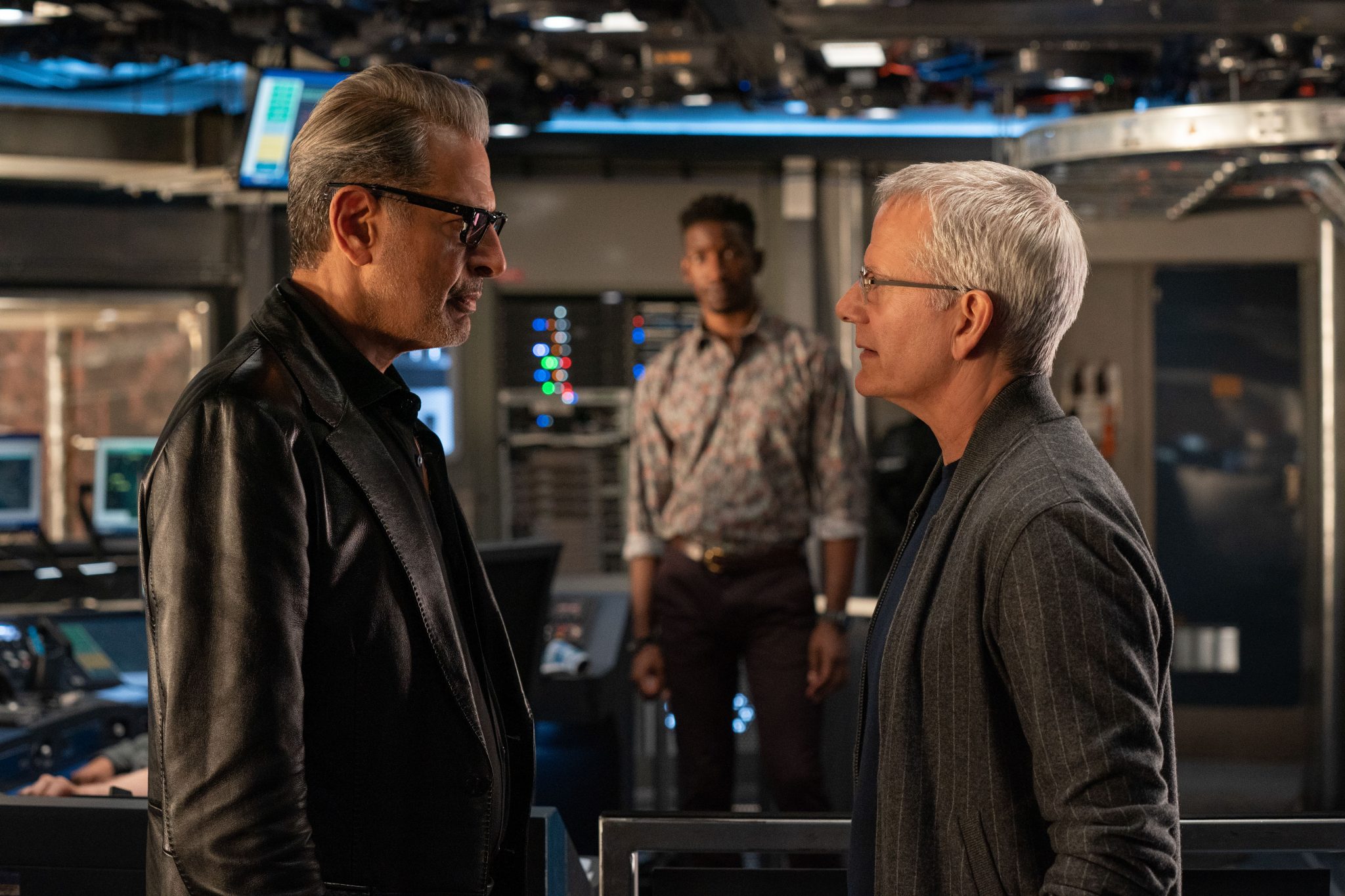 Just because he could never detonate another bomb like “The Book Of Henry” doesn’t mean that Colin Trevorrow won’t always hail that mark.

Viewers will make the writer-producer-director’s “Jurassic World Dominion” a super-smash for at least its opening weekend, nostalgic for a purer manifestation of the Spielberg’s own, versus his corporate style, whether of provisional family units at play, orchestrated chaos or in bursts of sudden, satisfying brute violence.

A purloined thirteen-year-old is key to the chase in this tepid, choppy mess of stories. Dumb tentpoles are one thing, but it’s another thing to spend time and money on superfluous “thrills” while most of us are there for majestic, gene-spliced dinosaur clones. Overscaled bumper car ride? Welcome to Jurassic… uh… World… Dominion? The action set pieces move at common velocity, shabby motorcycle chases and medium-to-medium-long shots of dinosaurs running about. But the stories. Such as they are. There’s only hours left to save the girl and the world from famine, which depends on Dr. Ian Malcolm (Jeff Goldblum) handing off a chromium Fitbit of a passkey to reunited flirt-birds Dr. Alan Grant (Sam Neill) and Ellie Sattler (Laura Dern) who were on their own quest to rescue the child, who was hied from her Western states hideaway to a tawdry amusement-park version of the seventeen-by-nine-mile land mass of Malta.

Even this torpid tumult is sidelined by a pastiche of certain billionaire industrialists (played by Campbell Scott) who built a preserve for animals corralled from past “Jurassic” outings, fomenting a plan through his BioSyn conglomerate to move beyond dinosaur experimentation to destroy earth’s wheat and other grains by using some kind of DNA, maybe the dino-DNA, to create enormous locusts just bigger than a pretty large breadbox that are devouring crops in America that aren’t infused with Monsanto-like chemistry that are also products of BioSyn. Or something like that. I don’t want to remember more. 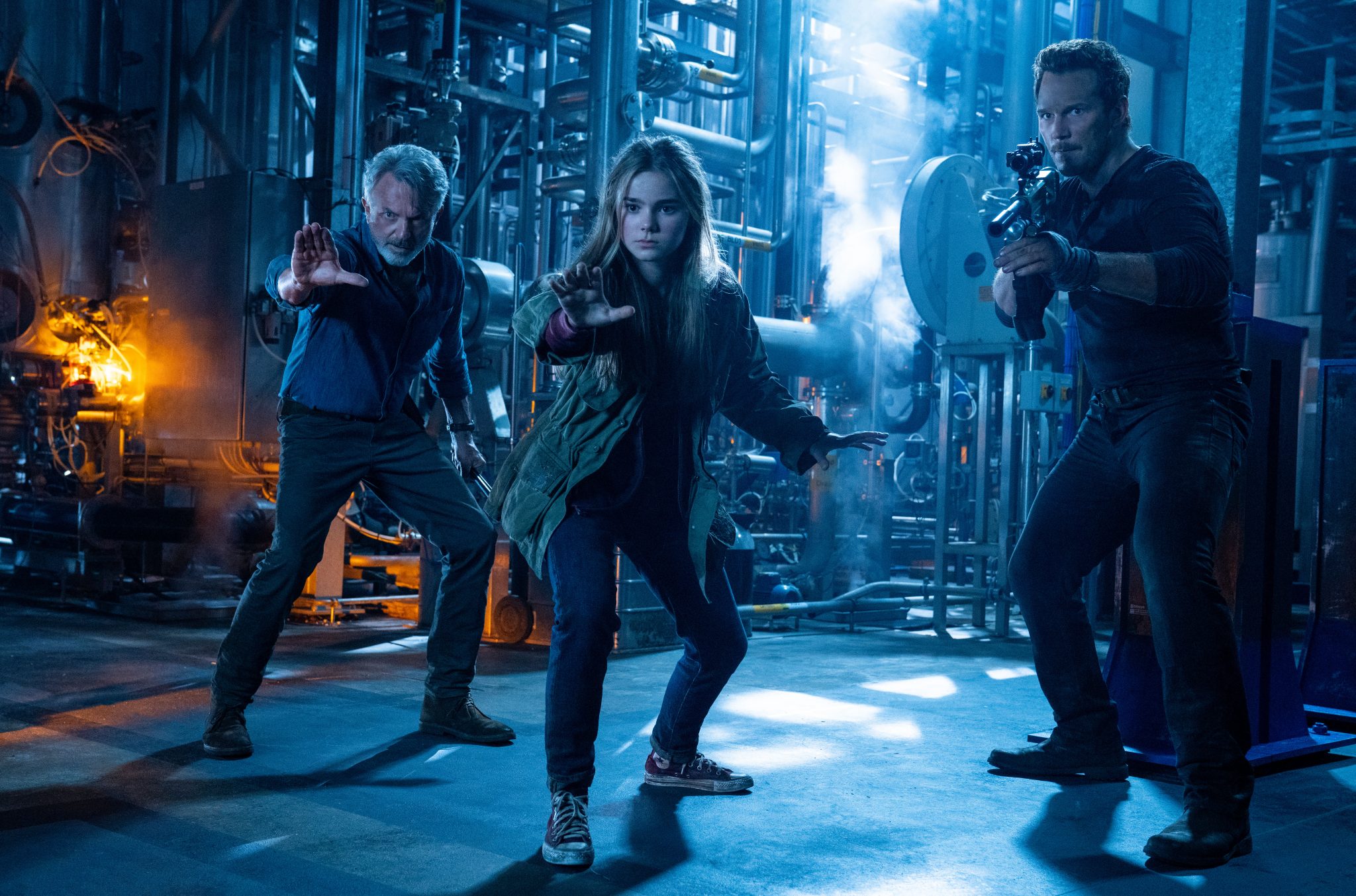 There aren’t many telling details, but the actors do a load of fingertip acting, touching things a lot, nibbling at seeds and such.  It’s modestly diverting that this movie’s billionaire monster is played as a mix of Steve Jobs and Tim Cook and the dino lab itself is a flat-out reproduction of the huge ring formation of Apple world HQ, Apple Park (designed by Foster + Partners). But to what end? Scott’s character is named “Lewis Dodgson,” as from the “Jurassic Park” books by Michael Crichton, still no relation, one would think, to either of historical figure Lewis Carroll or Charles Dodgson. But to what end? Yet I would concede the mome raths outgrabe in squeaks and bellows to intermittent satisfaction. More dinos, please, even a little Jar-Jar, please.

The seven or eight or nine primary characters have little to do and the running-running-running bears few memorable variations.  Goldblum, who sounds as if he is on a different dubbing stage than the rest of the others during the dialogue replacement sessions, has flashes of the requisite Goldblum irritation while dressed and lit as a seventy-year-old leather-jacketed version of Bob Fosse’s serpent from Stanley Donen’s “The Little Prince.” (A pre-roll ad for “Jurassic World: Dominion” conveniently ran on YouTube before this clip.) 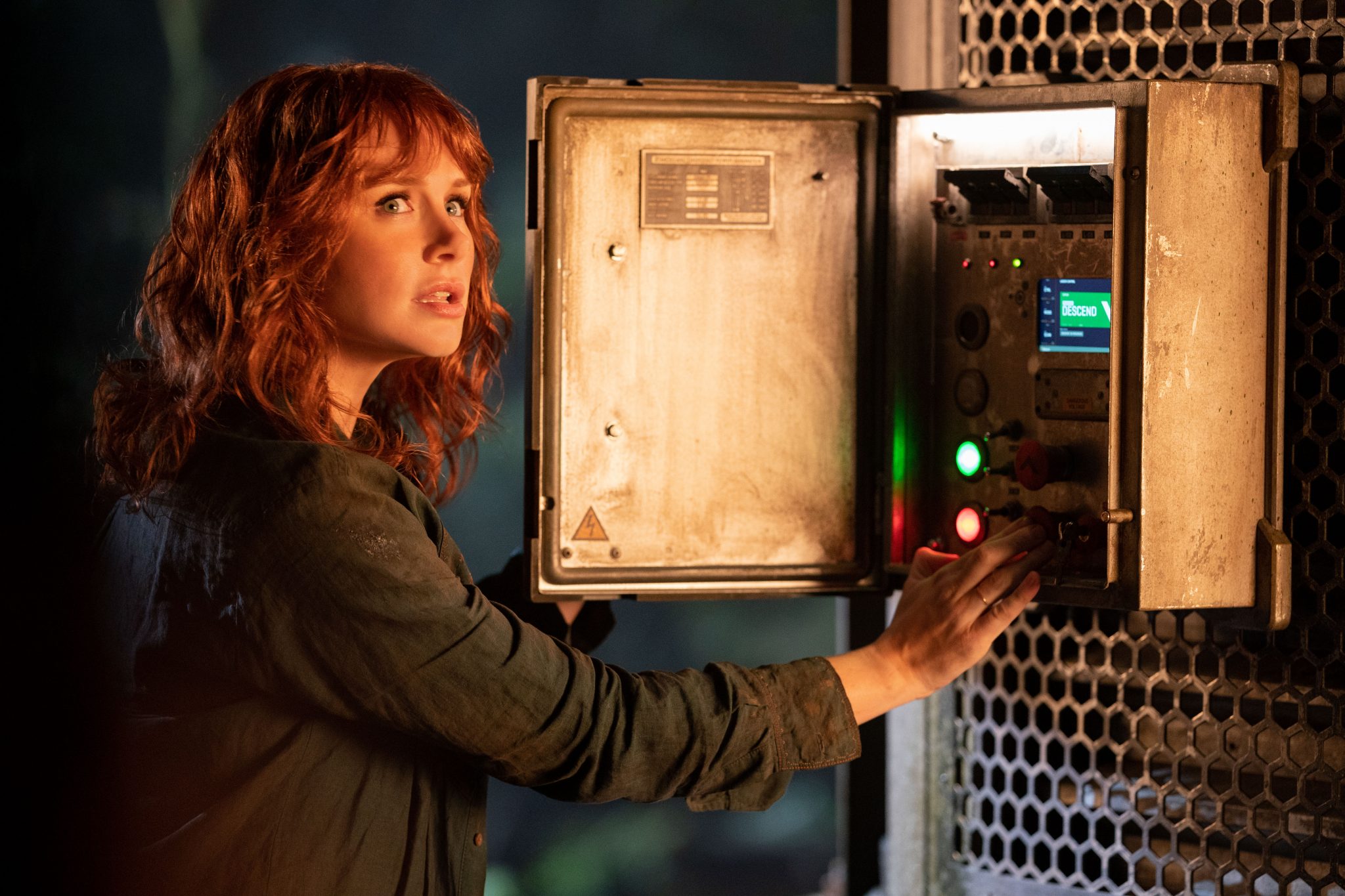 A story is told about what made Peter Weir a great director. He asks his representation for movies with great premises or conceits, but which are somehow broken. He was given Andrew Niccol’s “The Truman Show,” written to take place in the teeming expanses of New York City. Weir’s fix? Set the film in a confined space, like a manufactured community akin to Disney’s Celebration. Bingo: the story becomes more fully a fable, but an affordable one. The mistake made by movies from horror shows to tentpoles is to work outward from the budget, confining the action to corridors, basements, boiler rooms, tunnels and such. As the likely climactic installment of a successful series that’s eked billions in revenue, you’d think the world—even with clambering animated and CGI fake fauna—would be a limitless playground. But no. Nah.

I will concede that the closing seven or eight images are staggeringly stirring, beautiful and stupid.