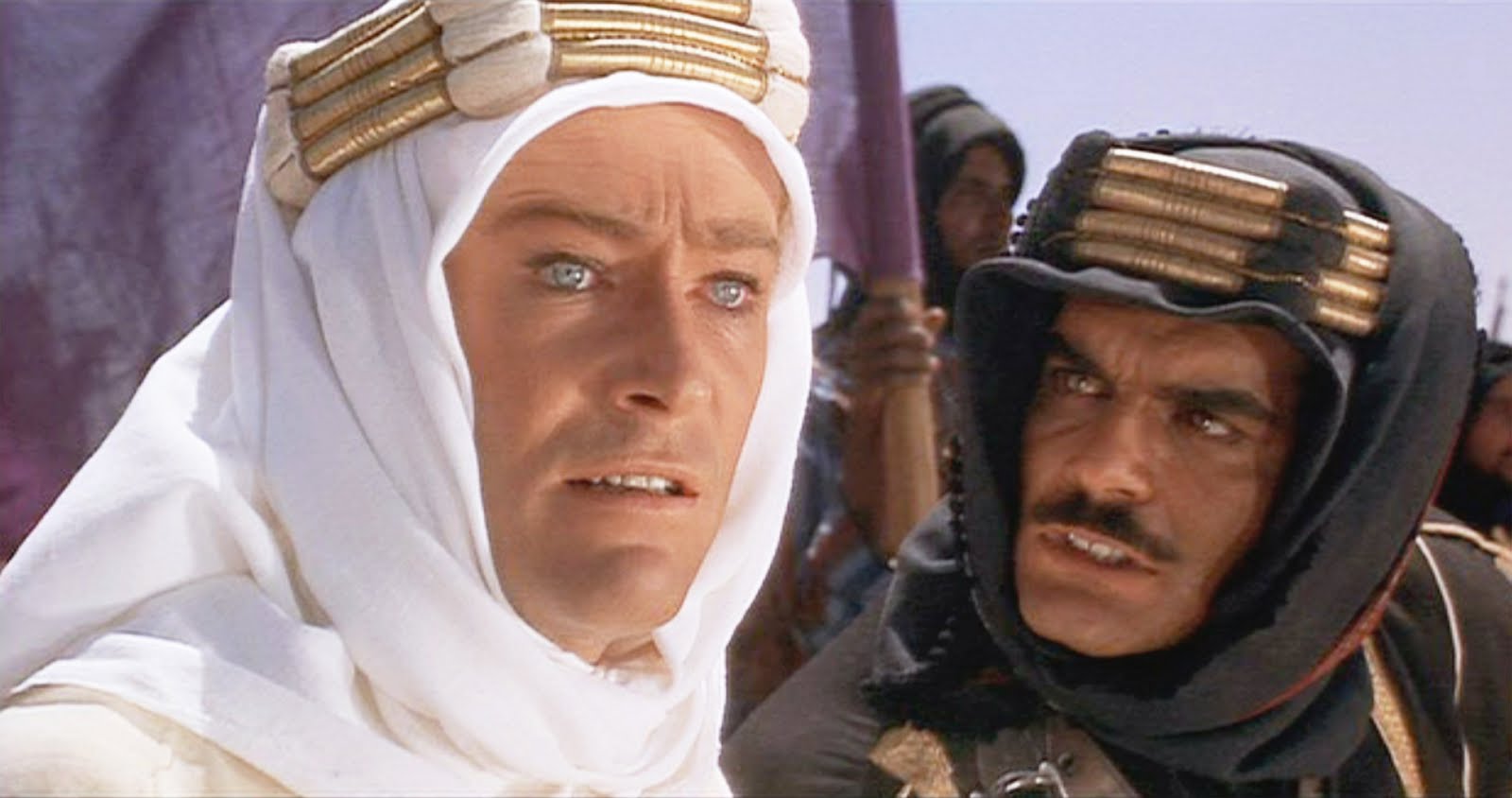 Pixar’s putting a picture into theaters after months of relegating its output to Disney Plus streaming: “Lightyear,” described as the movie about a real-life astronaut that Andy, the protagonist of “The Toy Story” factory, watched that made him want to collect Buzz Lightyear toys. The best comment I’ve seen comes from director Angus MacLane, who replied to a tweet about whether the movie shows Andy, to which he replied, basically, “You… are… Andy.” Opens Friday in IMAX and smaller formats.

The wholeheartedly inadequate “Jurassic World: Dominion” continues across many, many screens that are not showing “Top Gun: Maverick” or “Lightyear.” Our longer review opens, “Just because he could never detonate another bomb like ‘The Book Of Henry’ doesn’t mean that Colin Trevorrow won’t always hail that mark”; you can find it here.

“Top Gun: Maverick” waited until a lull in the pandemic for theatrical release; its principal photography ended in 2019. In the downtime, director Joseph Kosinski made a thriller for Netflix called “Spiderhead.” “Two inmates form a connection while grappling with their pasts in a state-of-the-art penitentiary run by a brilliant visionary who experiments on his subjects with mind-altering drugs. Based on The New Yorker short story, ‘Escape From Spiderhead,’ by George Saunders.” With Chris Hemsworth, Jurnee Smollett and Miles Teller. Streaming from June 17 on Netflix.

The 70mm Film Festival returns in full to the Music Box, running June 17-30; listings and tickets here. Look forward to projections of the hefty, delicate 70mm prints of “Lawrence of Arabia,” “Spartacus,” “Airport,” the restoration of 1983’s “Here’s Chicago! The City Of Dreams,” “Brainstorm,” “2001: A Space Odyssey,” “Hello, Dolly!,” “Geronimo: An American Legend,” “Starman,” and “The Dark Crystal.” Plus: news of imprisoned documentary subject “Navalny” from Russia. 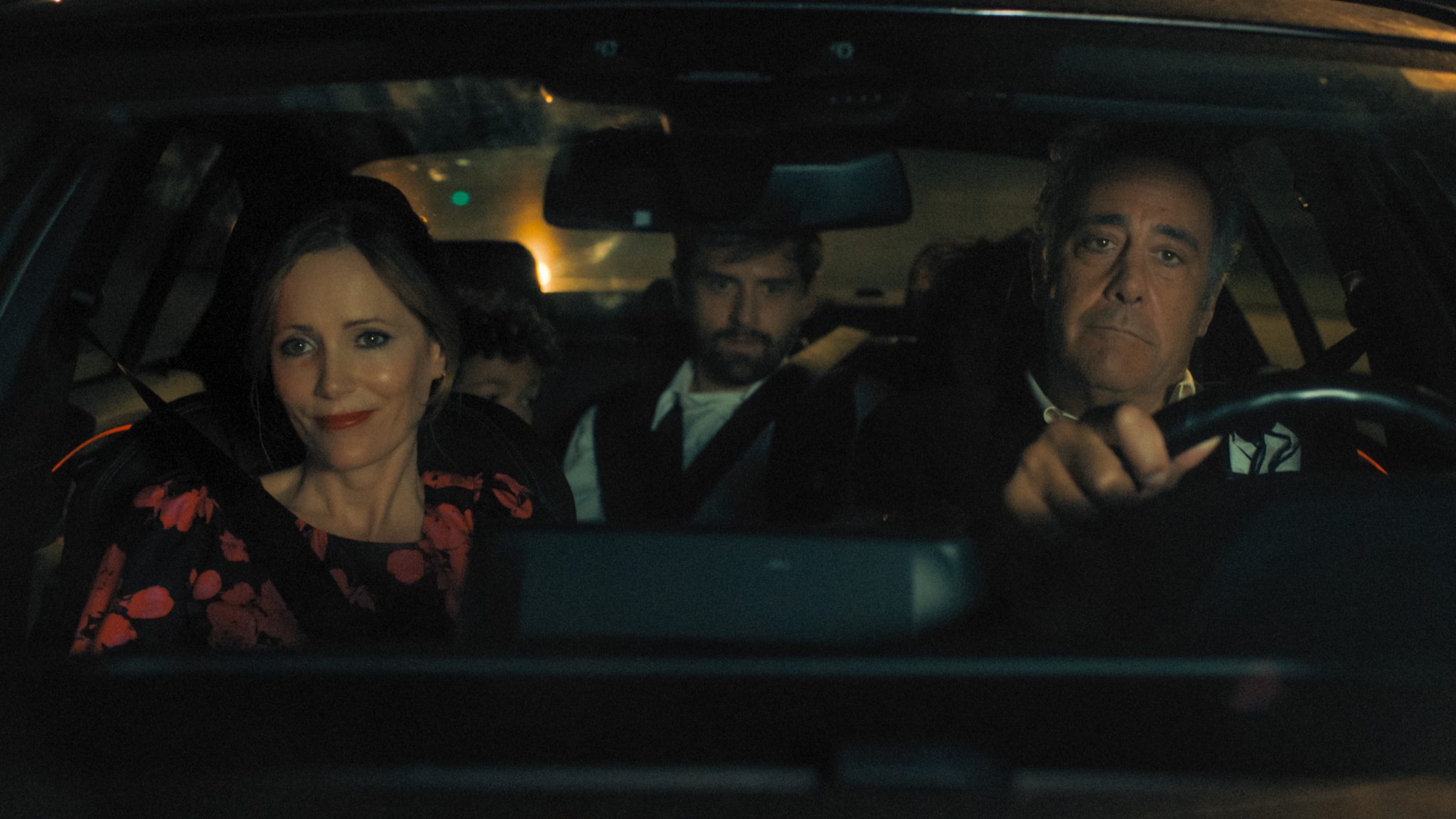 “Cha Cha Real Smooth” is a crowd-pleasing, sweet-hearted, sometimes whimsical second feature from twenty-five-year-old writer-director-star Cooper Raiff, who began his career with the Duplassisan “Shithead,” 2020’s Jury Prize winner at SXSW. A twentysomething, post-college coming-of-age tale, its appeal may depend on your reaction to the aggressive presence of Raiff, who’s willing to be overpowering and sometimes unbearable. The storytelling, flaws and all, meanders nicely, with surprises detonating in the direction of the tender and kindly. More Duplass, a lot of the 1990s, a tincture of Solondz, and it works for audiences that are finding authenticity in his still-ragged style: Whaddya know? He’s got a voice, and it’s strong. Among the cast of Raiff, Brad Garrett, Leslie Mann, Vanessa Burghardt and Dakota Johnson, it’s Johnson who wholly occupies the role and the screen. A good director brings out the best (or fantastic) in already-good performers. “Cha Cha Real Smooth” opens Friday at theaters including Landmark Century as well as Apple TV Plus. 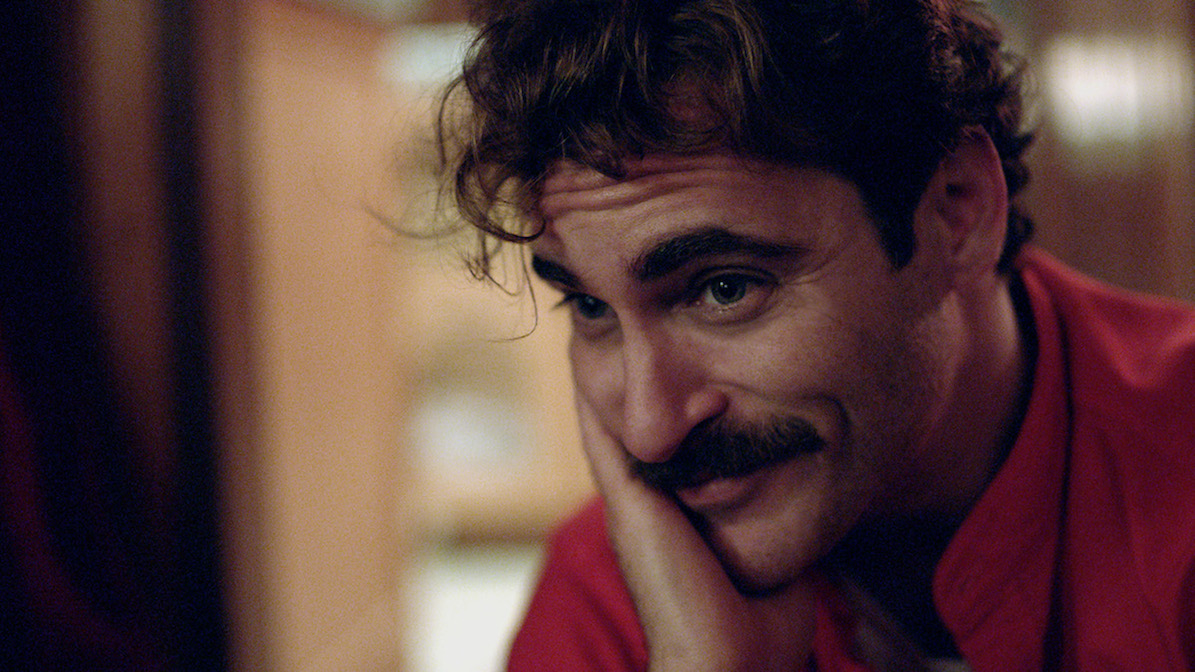 In “Her,” (2013) it’s nearly the future, but it’s just now for Theodore Twombly, a successful professional writer of assuredly sentimental personal letters. The world is more automated than anything imagined by the cold wizards behind Google Glass: in an elevator leaving work, Theodore murmurs to the tiny device in his ear, “Play melancholy song,” and after a few bars, refines, “Play different melancholy song.” In a softly lit, given-to-orange-red Los Angeles, shot partially in Shanghai, Theodore (Joaquin Phoenix) procrastinates on finalizing his divorce while thinking of what went wrong with his wife (Rooney Mara), while having a warm, Platonic, female-male friendship with his neighbor, Amy (Amy Adams), a married documentary-maker and programmer. His sentiments shift when he buys an operating system for his computer, an intuitive entity that listens to you, that understands you, which dubs itself Samantha and has a chipper, flirtatious, intimate, slightly husky voice: Scarlett Johansson. A.I.-yi-yi: she’s got the emotional intelligence of a lover and a mother. The conceit sounds awful from outside, but inside “Her,” it’s supertragicmagicdelicious: writer-director Spike Jonze really, really makes it work. (Call it “Siri and Theodore’s Excellent Adventure.”) By exquisite extension, Jonze builds on the feigned intimacy of software and social media sentiment that presently exists, a lucid dreaming of the near future, but also of the dangers of not knowing the difference between fantasy and what is right at hand. (And is not the truest of true romances the one that can, could never, ever be consummated?) There are echoes of Andrew Niccol’s fine accomplishment in production and costume design in “Gattaca”: tomorrow will always boast hand-picked details of the today now passing. Shown in 35mm as part of the “Control.Alt.Delete” series, Sunday, June 19 at Siskel.

“The Portrait Of A Lady”

“Control.Alt.Delete” also features a Thursday, June 23 booking of Steven Spielberg’s “A. I. Artificial Intelligence.” The “50/50” attraction of the week at Siskel is Jane Campion’s undersold, underestimated “The Portrait of a Lady,” showing Monday, June 20. Tactile and imagistic, it also has eccentric and haunting performances by Nicole Kidman and John Malkovich. With Barbara Hershey.

Facets is hosting Jennie Livingston’s groundbreaking seven-years-in-the-making doc on New York City 1980s ball culture, “Paris Is Burning” on Friday, June 17, as well as a two-day stand for “Memoria,” (June 18-19) the latest from SAIC graduate Apichatpong Weerasethakul, which is apparently still playing on only a single screen in the U. S. on any given day with no plans for a streaming or physical media release in this country.

Kremlin analyst Olga Lautman reports on another diversionary tactic from Russia’s brutal war against Ukraine: the subject of “Navalny” has disappeared. into Putin’s prison system.”After disappearing for hours it became known that Navalny was transferred to a torture colony… Navalny was transferred to IK-6 with a strict regime in the Vladimir region. Prisoners of the colony reported torture.” Our review of “Navalny,” on HBO Max, is here.