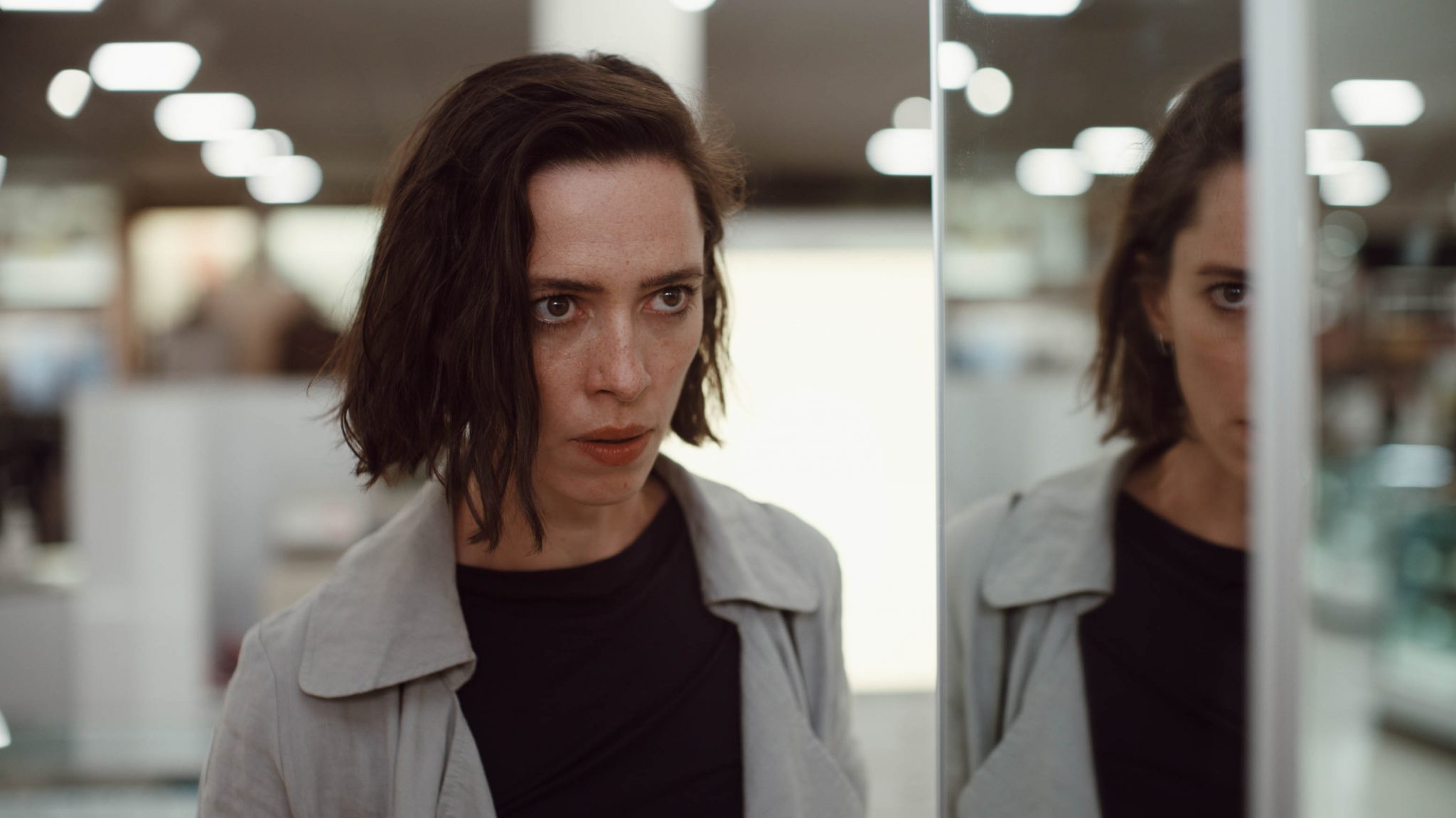 The twenty-ninth edition of the Chicago Underground Film Festival plays through the weekend. Rebecca Hall is a marvel in “Resurrection“; “Nope” is bold and crunchy; “Irma Vep” is sleek fun, and “Fire Of Love” continues at the Music Box and at Siskel. “Marcel The Shell With Shoes On” holds over at the Music Box, which also features 11:59pm showings of Bong Joon-ho’s great and wooly 2006 arrival on the world stage, “The Host.”

MUBI GO arrives in Chicago; a consideration of the color blue in photography and film, from the July “Blue” issue of Newcity; Chicago Film Society brandishes a 35mm print of “Menace II Society“; Alfonso Cuaron’s 2001 career-maker “Y tu mamá también” on 35mm is this week’s “50/50” series entry at Siskel on Monday; plus, questions about the late Abbas Kiarostami and filmmaker-actor Mania Akbari and the authorship of “Ten.”

Andrew Semans’ Sundance-premiered “Resurrection,” opens Friday, a horror movie that goes unusual places while remaining on the ever-expressive face of Rebecca Hall in a sustained freakout. Margaret, a professional, working other, has suppressed some guilt. Tim Roth is pestilence from her past, encroaching on her professional present that unspools on bright city streets and in an enviably refined apartment and nice office spaces and eventually under bridges and in an anonymous hotel room. Hall’s dissolving composure plays in majestic increments across her memorable features. The climax is visceral and inexplicable, resembling slightly the viscid shock of the ending of Alex Garland’s “Men,” but in a cockeyed, nonsensical realm all its own. Opens Friday in theaters and Friday, August 5 on video-on-demand. 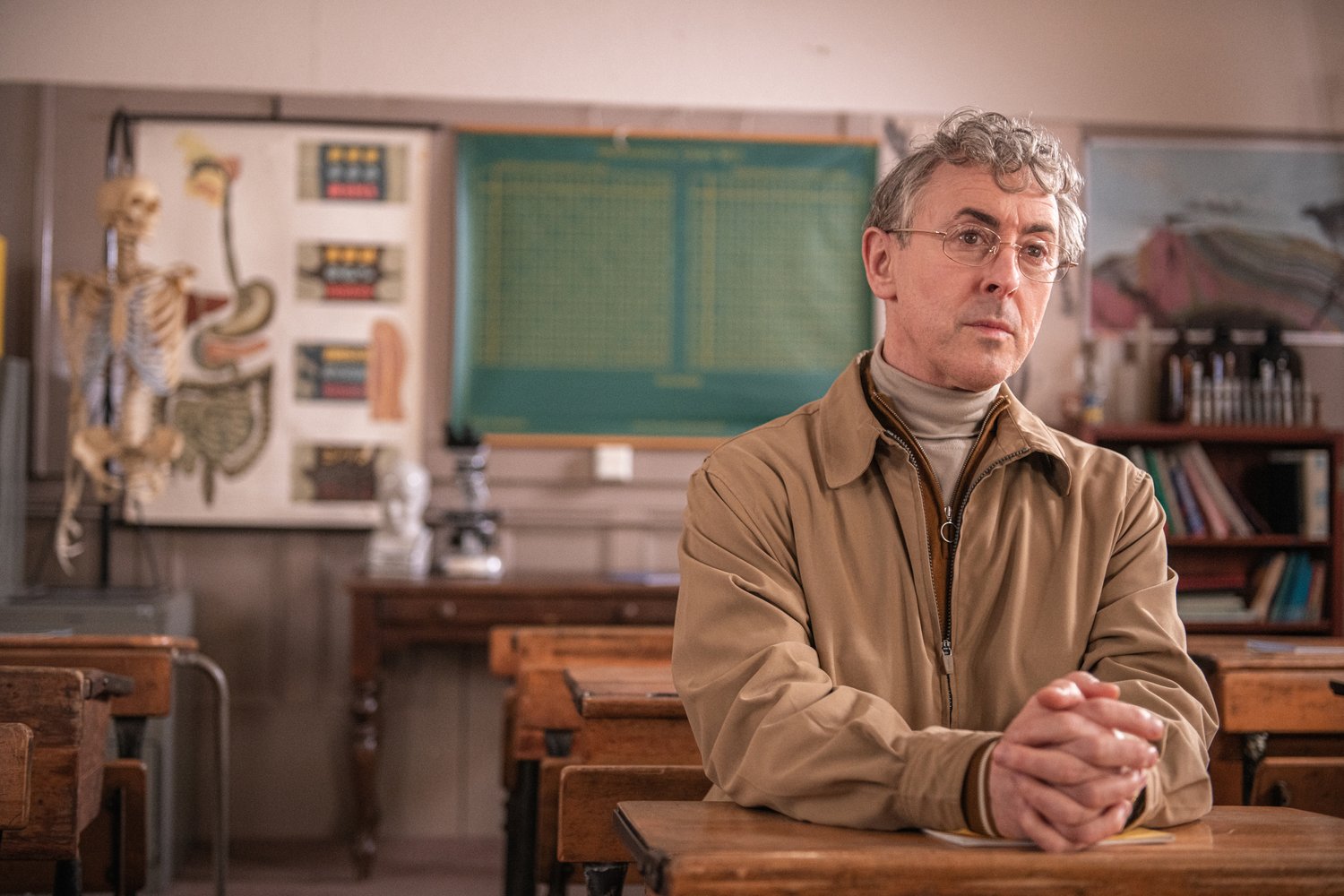 Ah, memory. Alan Cumming is the master of ceremonies of Jono McLeod’s largely animated documentary, “My Old School,” looking back at the fate of a bright high-school classmate from the 1990s in a decent school in Scotland who befriends the bullied but holds a huge secret of their own. “Featuring interviews with my old classmates and teachers, together we tell how a [trickster made] his way into our school, and, for the first time, how Brandon Lee’s true identity was revealed,” writes McLeod in a statement. The work is a compelling, even engrossing hybrid, filled with wild, even reckless turnabouts, dynamiting nostalgia and eluding the temptation of mere whimsy. A superb period soundtrack doesn’t hurt the emotional weft. The title comes from the Steely Dan song of the same name, which is performed here by 1960s Scottish songstress Lulu.  “My Old School” opens Friday at Siskel.

“Nope” is a bold yet screwball movie that could come only from Jordan Peele. Following a summer blockbuster template, yet filled with mysteries and resistant enigmas and bold imagery that doesn’t have the life explained out of it, “Nope” is, on the surface about a sister (Keke Palmer) and brother (Daniel Kaluuya) whose ranch off the beaten track is teased by an intelligence “Not Of Planet Earth.” The landscapes, as shot on 65mm film by cinematographer Hoyte Van Hoytema, have scale, even if the computer-generated effects sometimes provoke head-scratching. What could be considered loose ends—the monkey, manic men, Muybridge—are suggestive in ways tidy plot-tending would not improve. Much meaning may lie beneath the many surfaces. Peele’s experience at creating cracked simulacra with Keegan-Michael Key in the many, many sweet sketches of “Key & Peele” informs his eagerness to forage through and transform all manner of details and iconography from movies but also the larger culture.  The sound design is inventive and slippery, always evocative, and Michael Abels’ score provides by turns, both bombast and insinuating grace. (Sam Adams works the parables and cross-references in a piece at Slate, here.) “Nope” is in theaters.

The new feature by Steve James will premiere at the Venice Film Festival which runs August 31-September 10, a first for the Oak Park-based filmmaker in a non-competitive section that includes new nonfiction work by Frederick Wiseman, Oliver Stone and Laura Poitras. James will present the Kartemquin production, the 101-minute “A Compassionate Spy,” which co-executive producer Tim Horsburgh offers is “the story of a man who betrayed his country to save the world.”  Co-producer Participant describes the documentary as “the story of Ted and Joan Hall as they navigate World War II, FBI surveillance and raising a family.” (Hall was a Manhattan Project insider who shared secrets with the Russians.)

MUBI GO arrives in Chicago. MUBI is expanding its horizons in U. S. film distribution with recent large-ticked acquisitions at film festivals, include the latest Park Chan-Wook movie, “Decision To Leave.” Also on their horizons: a modest variation on the fiscally reckless, failed MoviePass model. MUBI GO extends the new-film-each-day subscription model to art-houses, in the case of Chicago, including with streaming the admission to one hand-picked film each week at theaters like the Music Box and Siskel. (This week’s “My Old School” at Siskel is flagged as a selection.)  The link for streaming and the weekly offerings, presently $10.99 monthly,  is here.

The Chicago Underground Film Festival runs through Sunday. Behind the customary provocative programming, in its twenty-ninth edition, CUFF has set its own fiscal course. “Forming our own not-for-profit organization is a huge step,” festival co-founder and artistic director Bryan Wendorf tells us. “The festival has operated as a program of now-defunct IFP Chicago for almost fifteen years, and last year we partnered with Full Spectrum Features. It became clear over time that CUFF is its own very specific (and peculiar) entity and needed to exist independently. We have our mission and that mission isn’t the same as what other organizations are doing. We can work and collaborate with other organizations but we really operate best on our own. I’ve referred to the filmmakers who screen at CUFF as ‘defiantly independent’ in the past and that defiance and independence applies to the festival as well.” Wendorf thinks back to the 1990s origins of the gathering. “When Jay Bliznick and I started the festival in the early nineties, a huge inspiration for us was the Cinema of Transgression. Filmmaker Nick Zedd’s manifesto talked about ‘having fun, fucking, learning new things and breaking as many rules as you can,’ which was a little ridiculous but also incredibly inspiring. We saw the festival as keeping at least some of that spirit of rebelliousness alive while trying to build the biggest audience for these decidedly uncommercial films that we could. I don’t know if this year’s festival is an evolution, although the underground by nature is always evolving and changing. I actually think this is more of a recommitment to the initial vision of the festival while also making it relevant and contemporary to 2022.”

“This year we might be embarking on one of the most underground things the fest has done yet,” adds festival producer Taila Howe about a new component to the event, “exploring Decentralized and Autonomous Organizations (DAO) and how CUFF could harness this framework and be governed by those who hold CUFF tokens, inviting community members and creatives to be active participants in shaping the longest-running underground film festival in the world. CUFF 29 is more of a recommitment to the true ethos of the festivals defiantly independent vision, as well as our exploration of a CUFF DAO. This is in addition to our partnerships with OFTV (OnlyFans TV channel) and Unstoppable Domains (a Web3 pioneer that builds decentralized digital identities). We’re channeling our inner Nick Zedd and rebelling from profit-driven, patriarchal, oppressive norms of Hollywood and major movie houses, and redefining what film festivals of the future will look like. Plus CUFF 29 afterparties will be ones for the book.” The complete list of films and events is here. 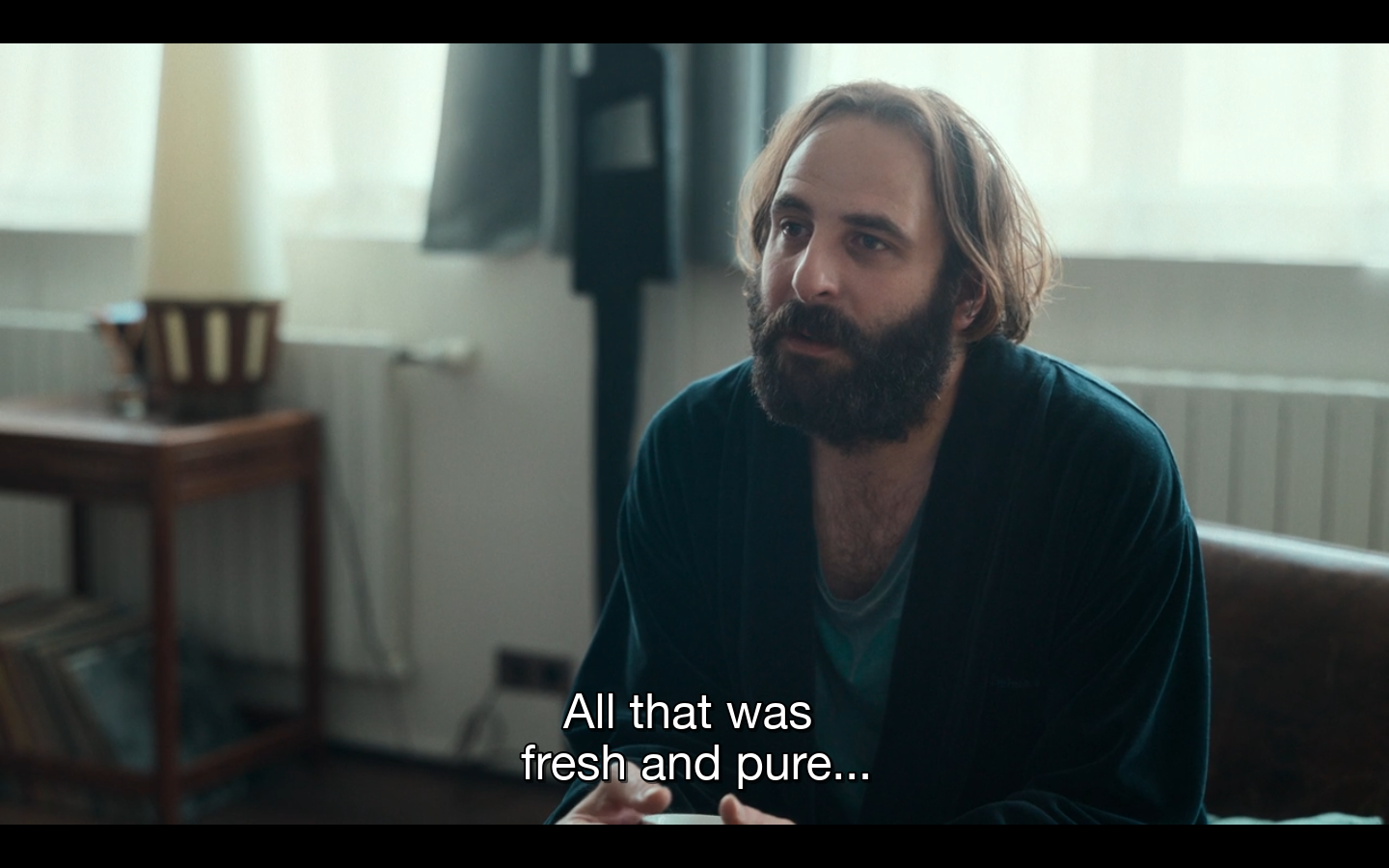 “The flooding form that series took on with the advent of production for streaming and binge-watching isn’t being taken for granted by every creator. Writers and directors are looking for freedom to look at the world—and storytelling—and ‘content’—in expressive ways, from ‘Euphoria’ to ‘The Bear’ to the nonchalant brilliance of ‘Irma Vep.’” There’s more in my August print feature about the provenance of the unlikely eight-part series by sixty-seven-year-old French master Olivier Assayas. 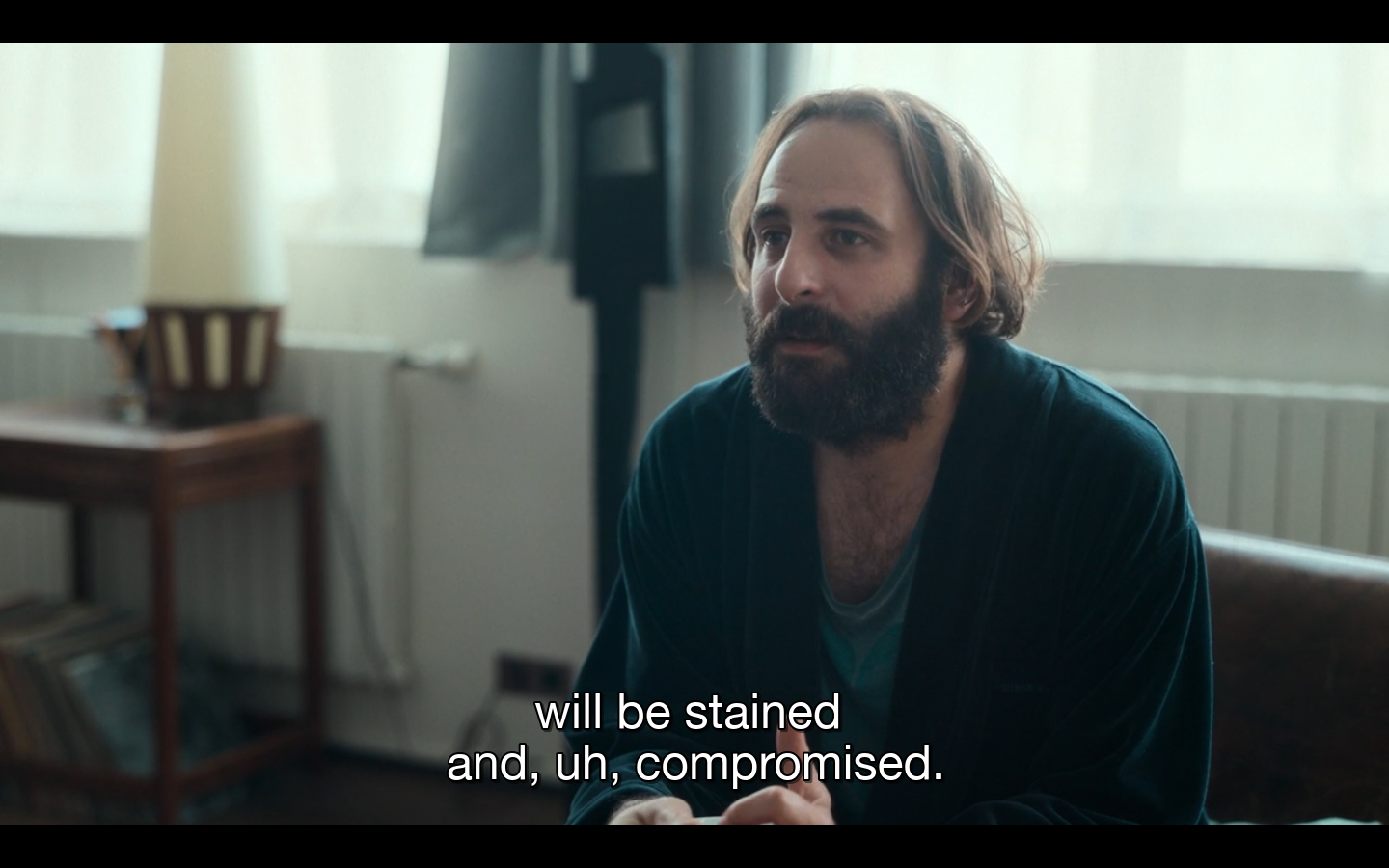 Assayas says his tender, funny, sneaky, emotional, playful, even lightly haunting eight-part, eight-hour comedy-drama on HBO Max, “Irma Vep,” patterned after the ten-hour serial by Louis Feuillade (from 1914) as well as his own 1996 take on filmmaking, folly and the serial of the same name, was a happy fluke, a bouncing, bountiful lockdown baby. He and his producers fell into a slot when no one else would spend HBO’s money. Nobody was making much of anything, shooting was tough, the risks genuine. The result, for me, is rare joy, and one of the best and most sustained things Assayas has crafted. The complete series is streaming now on HBO Max.

Vancouver film programmer Tom Charity links to a troubling report about authorship and the late Iranian filmmaker Abbas Kiarostami: “A couple of weeks back I shared how Mania Akbari has repudiated Kiarostami, claiming he stole credit on ’10.’ She expands on her #MeToo story and it’s a sobering read for cinephiles.” The interview is at the Turkish movie site Özgür Sinema (Free Cinema): “Last month, a letter by Iranian artist Mania Akbari circulated on social media. It was addressed to mk2, the distribution rights holder for the film ’10.’ Akbari claimed that the footage used in the film belonged to herself, and accused Abbas Kiarostami not only with stealing her work but also with sexual assault. As these claims stirred up controversies across social media, we contacted Akbari to listen to her story in all its details.” 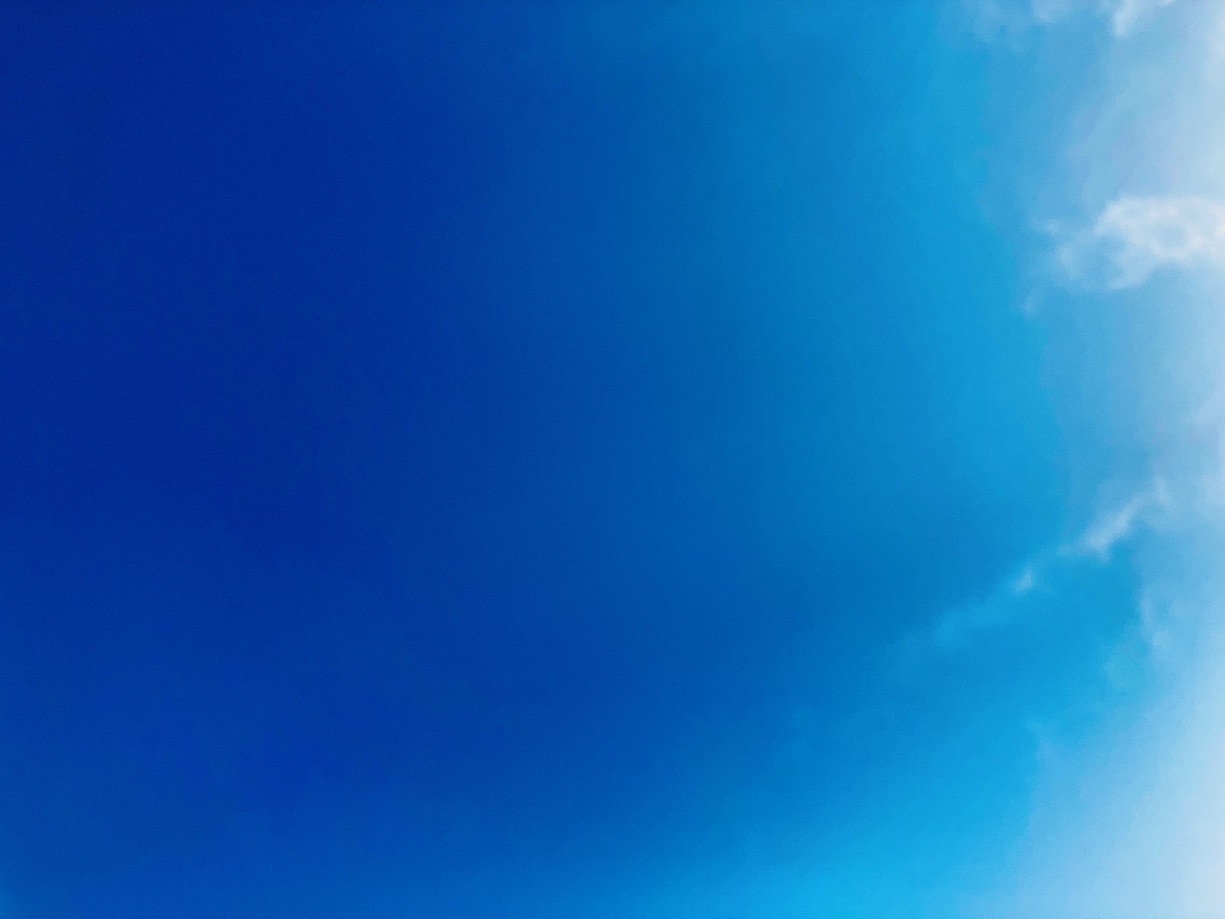 For Newcity’s “Blue” issue, I contributed a brief musing with much larger possibilities on the subjectivity of color perception: “Every artist’s and technician’s eye down the line: What did Michael Mann see when Robert De Niro as, by night, fathoms the limitless sea in ‘Heat’ (1995); what did the colorist for this summer’s restored 4K edition see? Blue. Their blue. Personal blue. Capturing the elemental act of looking out the window at the sky and seeing blue, blue, blue. The gesture of acceptance takes much for granted, whether at the window to capture or as a window onto the world.” More here.