Marvelized manga: “Bullet Train” is well-fabricated entertainment that takes three of Hollywood’s favorite things—hitmen, fast trains and movie stars—and never takes them seriously. In The Year of the Metaverse, this movie is the other kind of meta, a running commentary on itself that delivers as many laughs as kills, and there are plenty of both. It’s based on a novel by Japanese mystery writer Kotaro Isaka with a screenplay by Zak Olkewicz and directed by David Leitch, who played in a similar sandbox with “Deadpool 2”; don’t be surprised if this becomes Brad Pitt’s personal action franchise. 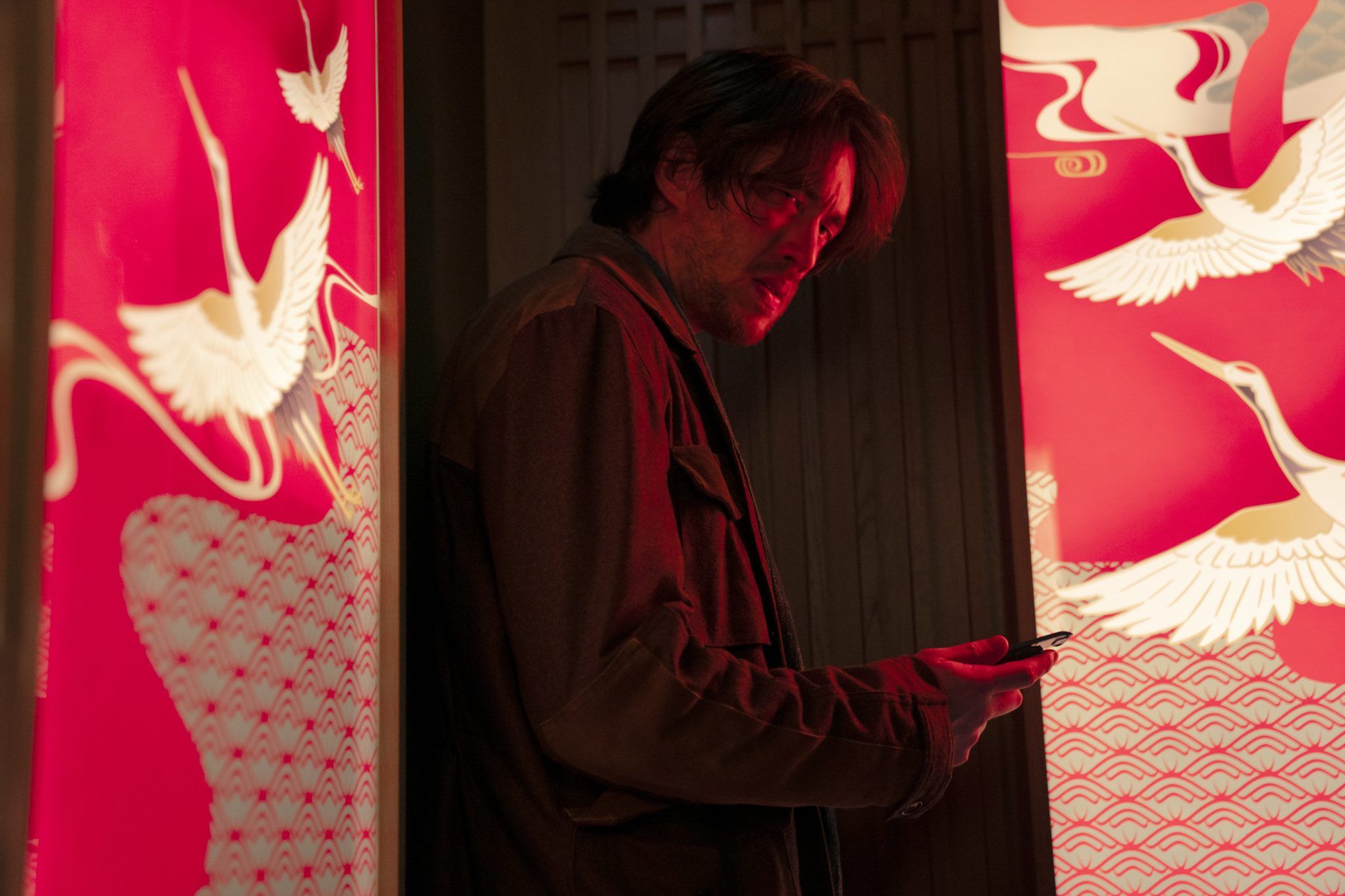 The shinkansen bullet train from Tokyo to Kyoto covers just over 318 miles in about two hours and fifteen minutes, which means that “Bullet Train,” with a two-hour-and-six-minute running time, is almost a real-time experience. Ever since the Lumière brothers shot “Arrival of a Train at La Ciotat” in 1895, the cinema has had a love affair with this mode of transportation, even after it has been supplanted by cars and airplanes in daily life. With their promise of anonymity, and their propensity to speed along toward a final destination, out of the control of and largely out of the minds of their passengers, trains make a tidy metaphor for human existence. And today’s bullet trains are a better representation of the pace of contemporary life than, say, the 20th Century Limited of Hitchcock’s “North by Northwest,” where a more leisurely ride afforded time to mix carnal bliss into its narrative propulsion. In the sexless world of the “Bullet Train,” the world we live in now, love is just a paternal and fraternal emotion.

Brad Pitt is a bad guy called Ladybug trying to become better by working through an existential crisis with a therapist. Now he’s a reluctant killer haunted by the voice in his head, in this case, the actual chatter of his criminal handler, played by Sandra Bullock, a Charlie to his dark angel. He boards a bullet train in Tokyo with the simple mission to grab a briefcase full of money and get off. Of course the cinematic formula dictates it won’t be simple and soon he’s grappling with a rogue’s gallery representing nearly every ethnicity of hitmen on the planet, all of whom want that briefcase.

Pitt is underrated as a comic performer, and he proves to be a better comedian than assassin, delivering deadpan lines as he tries to enlighten his foes before he offs them. He’s a frumpy action hero, a Columbo of the underworld, only a few steps removed from his usual leading-man self. When he confronts someone who had shot him in a previous confrontation, the killer, Lemon, played by Brian Tyree Henry, does not recognize him, quipping, “You look like any white homeless man I’ve ever seen.”

Lemon and his “brother” Tangerine (Aaron Taylor-Johnson) steal the film with infectious buffoonery and a running motif that might be described as Life According to Thomas the Tank Engine, an element that works surprisingly well and, of course, you know… trains. In one deliciously perverse set-piece, Lemon and Tangerine count kills in a flashback, soundtracked and lovingly credited to Engelbert Humperdinck, as if anyone in a contemporary audience knows who that is.

Quirky elements like this abound, wrapped up in a pop-color palette production-designed by David Scheunemann (“Atomic Blonde”) and lensed by Jonathan Sela (“John Wick”). A running bit about a Japanese cartoon character named Momomon, who’s used for a surreal theme car on the train, along with equally surreal plush mascots, could be spun off into a toy line, or perhaps just fetish films. Yes, the movie dances on that edge.

During one of his nearly continuous fight scenes, Ladybug spouts a stream of dime-store psychology like a zen Spider-Man until, at one point, he stops a fight with a long pause and an aside when he can’t think of a way to end a sentence, saying something like “and… say something witty.” It’s a sample of the self-conscious absurdity that makes the film a blast to watch, but also a foreshadowing of the film’s inability to sustain its supercharged mix of easy humor and high absurdity to the end of the line. When the train finally reaches its destination, the story slows down as well, resolving itself like any other crime thriller, that is the bad guys and less bad guys fighting to the finish.

But at that point, you don’t mind getting off the train. It was a helluva joyride even if the destination was not what you’d hoped for.