The indispensable annual “Noir City: Chicago” has got the usual bursting-to-drowning raft of attractions, some fresh titles, some returning gems, including latter-day neo-noirs like “Thief” and “Flesh and Bone,” presented as a tribute to the late James Caan on opening night. “Noir City: Chicago” plays at the Music Box, August 26-September 1. 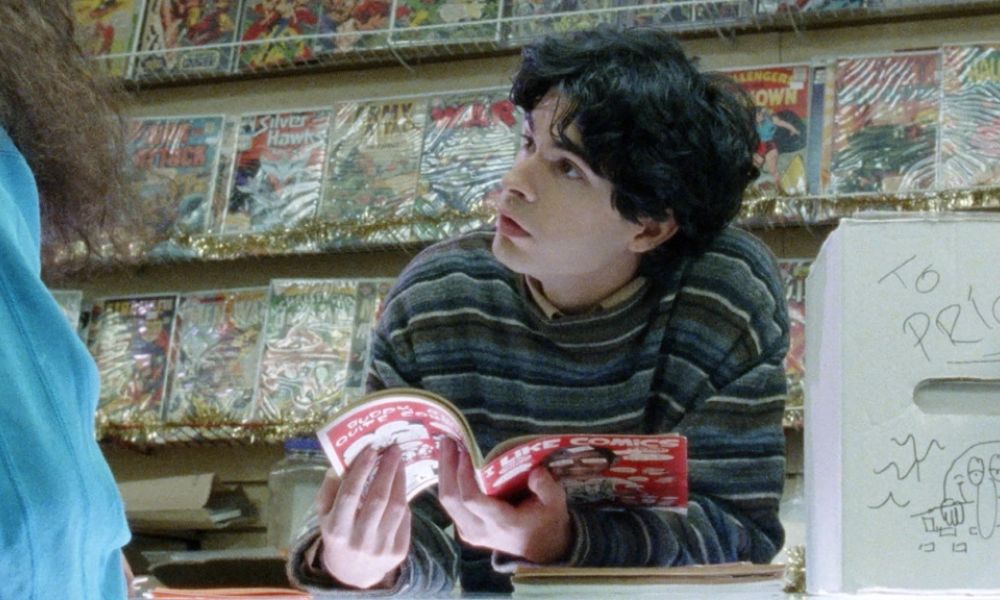 Owen Kline, the furious child of Noah Baumbach’s “The Squid And The Whale” (2005), and the son of Kevin Kline and Phoebe Cates, has made his first feature as a writer-director, “Funny Pages,” a fantasia of comics in the vicinity of modern Manhattan, reportedly in the vein of “American Splendor” and “Ghost World.” Klein’s film has been in the works since its 2019 production; the Safdie brothers and Ronald Bronstein (“Frownland”) are among the producers of the 16mm production, described by early viewers as filthy, poetic, grimy and a restless resource of cringe. With playwright-actor Stephen Adly Guirgis. “Funny Pages” opens Friday, August 26 at the Music Box and on demand.

John Boyega plays Marine veteran Brian Brown-Easley in “Breaking,” the story of a Marine veteran denied support by Veterans Affairs, who takes a bank and several employees hostage. “Three Minutes: A Lengthening” takes the briefest of film footage and reinvents a lost community.

Sylvester Stallone is nearly seventy-six years old, and he’s not just pugnacious with the producers of the “Rocky” sequence of movies; “Samaritan” plops him into a city in “chaos” as a long-disappeared vigilante. It’s directed by Julius Avery, Australian maker of the 2018 D-Day-set gorefest “Overlord.” In theaters.

Revivals include Michael Haneke’s “Caché” and William K. Howard’s fibrillating pre-Code “The Trial of Vivienne Ware,” which could be “the fastest movie ever made.”

The Indigenous Uru-eu-wau-wau people are pitted against farmers and illegal settlers in the endangered Brazilian Amazon in director Alex Pritz’s “The Territory,” an immersive documentary about the deforestation of the Brazilian Amazon. The filmmakers provided equipment to the tribe, including cameras and drones, and the Uru-eu-wau-wau themselves created key portions of the vérité footage across three years as settlers and farmers move in on their land. The movie’s formal qualities are deceptive, growing deeper, denser and darker as it progresses across its brief running time. It’s an unsparing depiction of brutality in the face of international indifference. Who are the underdogs? The Uru-eu-wau-wau, or planet Earth? Opens Friday at River East.

John Boyega is electrifying in “Breaking,” the story of a hostage-taking Marine veteran who has nowhere to go after indifference from the Department of Veterans Affairs. The cast—Michael Kenneth Williams, Nicole Beharie, Connie Britton, Olivia Washington and Selenis Leyva—provide ample support for his relentlessly intense performance. The tone and tempo of the movie work against the larger picture, but as a setting for Boyega, it’s just fine. Opens Friday at River East, Block 37, Showplace Icon, City North and other theaters.

Writer-dircctor Bianca Stigter’s “Three Minutes: A Lengthening,” narrated by Helena Bonham Carter and co-produced by Steve McQueen, takes the briefest of film footage of the Jewish inhabitants of the Polish village of Nasielsk before the Holocaust and extends the life of its subjects, again, again, but their lives are sustained only for the duration of the sixty-nine minutes of the film. David Kurtz shot three minutes of footage in 1938, the only moving images left of that village before the Holocaust. His grandson, Holocaust survivor Glenn Kurtz, returns to the history of Nasielsk to bring back the lives lived there, if only momentarily, if only in flickers. Beautiful and tragic; innovative and heartbreaking. Opens Friday at Landmark Renaissance.

Vera Chytilová’s dazzling, inventive, subversive, hilarious, anarchic experimental masterpiece “Daisies” is a Pop Art singularity, a burst of 1960s sound-and-image that has no right to hold together as it does, as fever dream and portrait of societal undercurrents and emotional urges, but it’s an unalloyed triumph against the mores and moment of 1965 Czechoslovakia and repression in general. It’s a love song to the prank: take nothing seriously except skepticism. Leave your scissors at home. Presented in a 4K digital restoration. Opens Friday at Siskel. 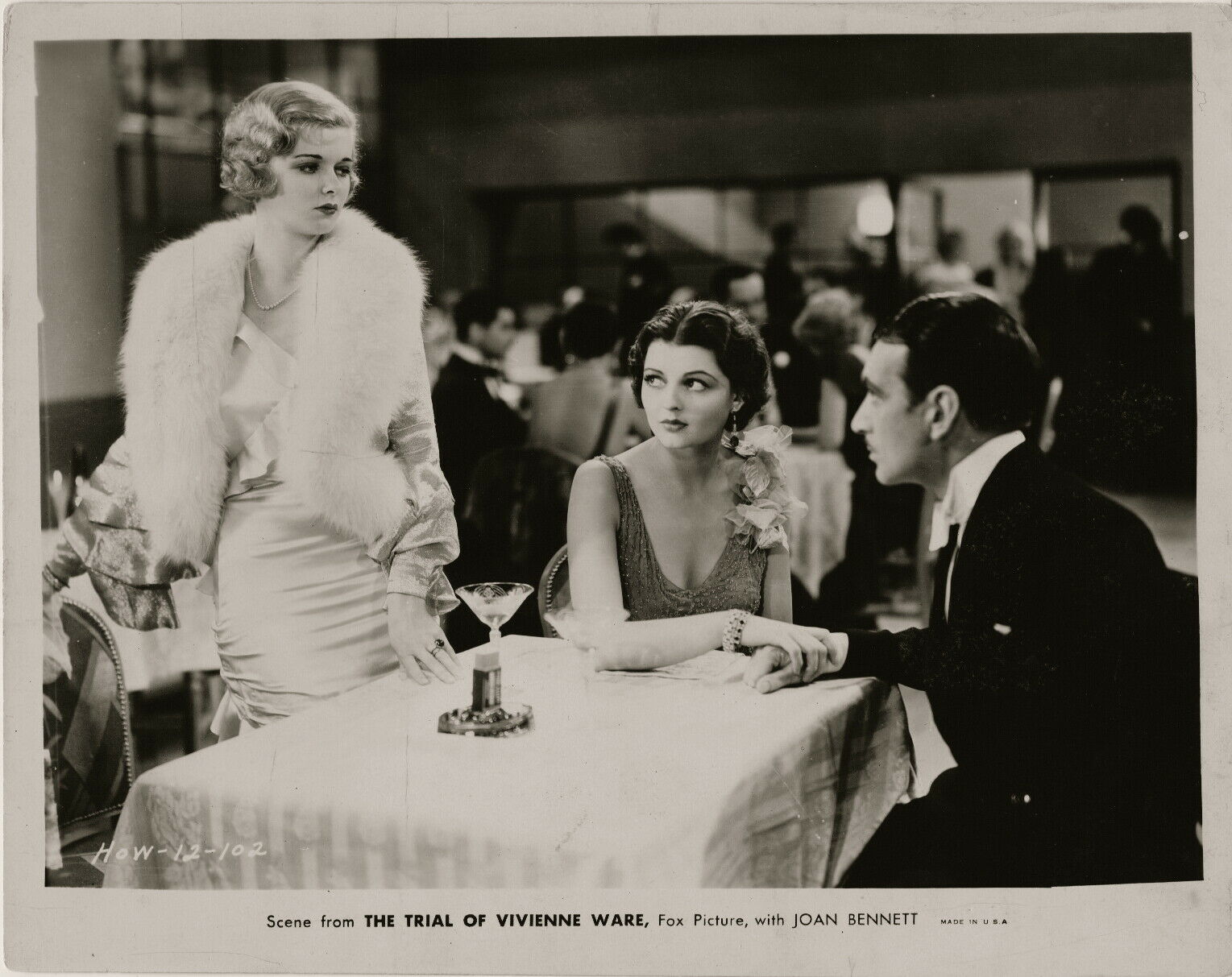 “The Trial Of Vivienne Ware”

The Chicago Film Society presents William K. Howard’s 1932 “The Trial of Vivienne Ware” in 35mm, combining “the nail-biting suspense of radio melodrama with the magic of wackadoo pre-Code film editing,” writes the Society. “An early contender for the fastest movie ever made, the film contains an astonishing seventy-two whip pans (by our estimate) in under an hour, and moves so fast you’ll want to watch it a second time.” Chicago Film Society, NEIU, Wednesday, August 31. 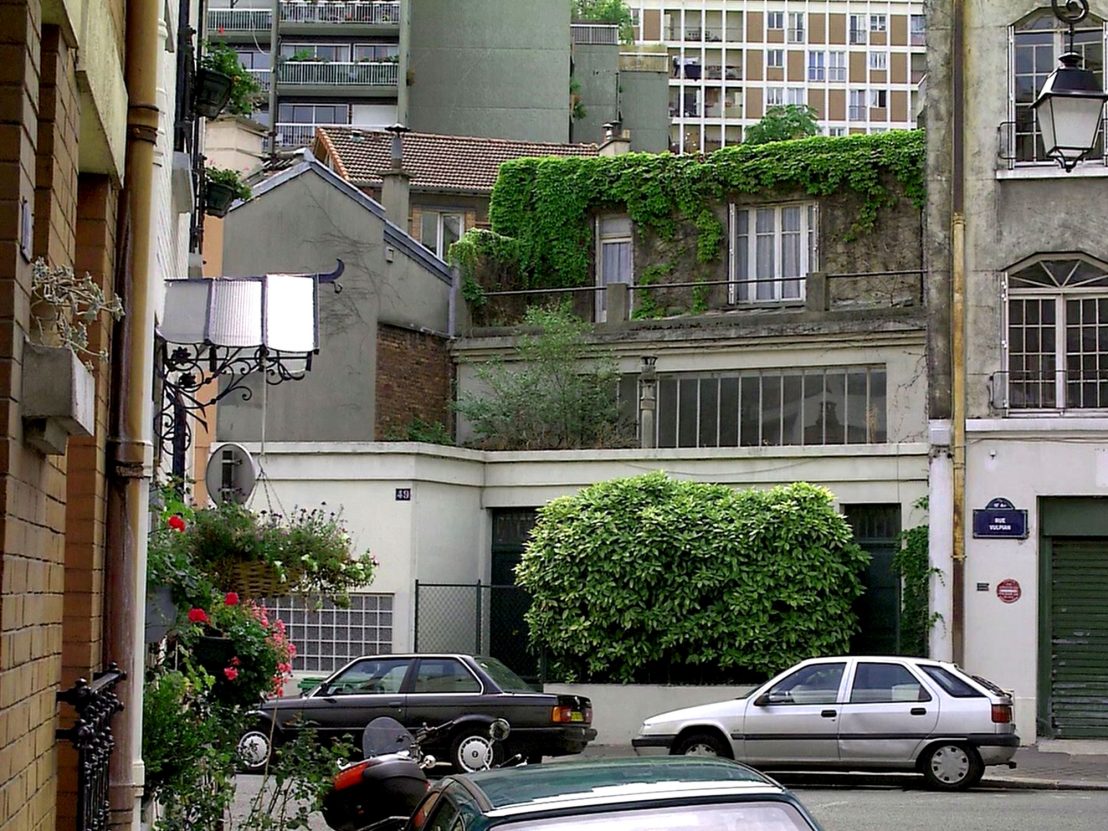 In a single stroke, Michael Haneke explains everything that’s happened in his 2005 movie, “Caché,” or, “Hidden.” And the solution is a matter of something being hidden in plain sight. Cruelty and suddenness marked his movies of that moment, like “Code Unknown” and “Time of the Wolf,” exacting essays that moved beyond the audience-bludgeoning of his earlier sado-media-scorn-porn, near-intolerable films like “Benny’s Video” and “Funny Games.” He became, for a moment, at least, less the distant, moralizing schematicist than an observant artist, attuned to the quiet river of denial of modern urban life and what the ruptures of its teeming yet placid surface can do to his characters. Stillness must eventually be followed by eruption. Georges (Daniel Auteuil) is a television presenter, an impatient man who does not like being challenged, a Final Cut pro who looks over his editor’s shoulder as dry words or dead air is elided from his book-chat show. He sneers at showing weakness with the “politesse d’un con”—“an asshole’s politeness.” His wife, Anne (Juliette Binoche) works in publishing, frequenting book launch parties where pretentious guests yammer on about someone’s work being “chez Baudrillard, chez Wittgenstein.” Dinner parties are a large part of their social life. Their home is filled with pricy minimalist comforts, flat-screen TVs, and book-choked shelves that are like fortifications, the translucent dining-room table protected on three sides by tan- and white-spined paperbacks. The house looks ready for any French magazine that would have “Maison” or “Cuisine” in its name. The fortification of home is art-directed in the extreme and signifies wildly: what is up with those three black elephants on a mantelpiece? (The set for Georges’ show, amusingly, is a satire of this room: three walls of fake books with blank spines around a glass table.) The stare, the extended stare, the incessant study of single images, what narrative does an apparently neutral yet taut frame offer the viewer? This is a canny study of the master shot as well, that is, the extended take, from a distance and frontal, unbroken and with no intermediate angles, which suggests the unpracticed eye plopping a camera onto a tripod or a coolly chosen perch for a surveillance camera. Of course, the “terror” comes from within, the repression of how one’s past leads to one’s future. Post-9/11 and Iraq-incursion metaphors range free. Haneke does not waste a breath. I hated his early movies, but what he did in “Cache” provides spectacular. If it took those smug horrors to get Haneke to “Caché,” then that is good, because it is a quiet, memorably savage piece that no one else would have made. 35mm. Part of the “50/50” anniversary series at Siskel, Monday, August 29.