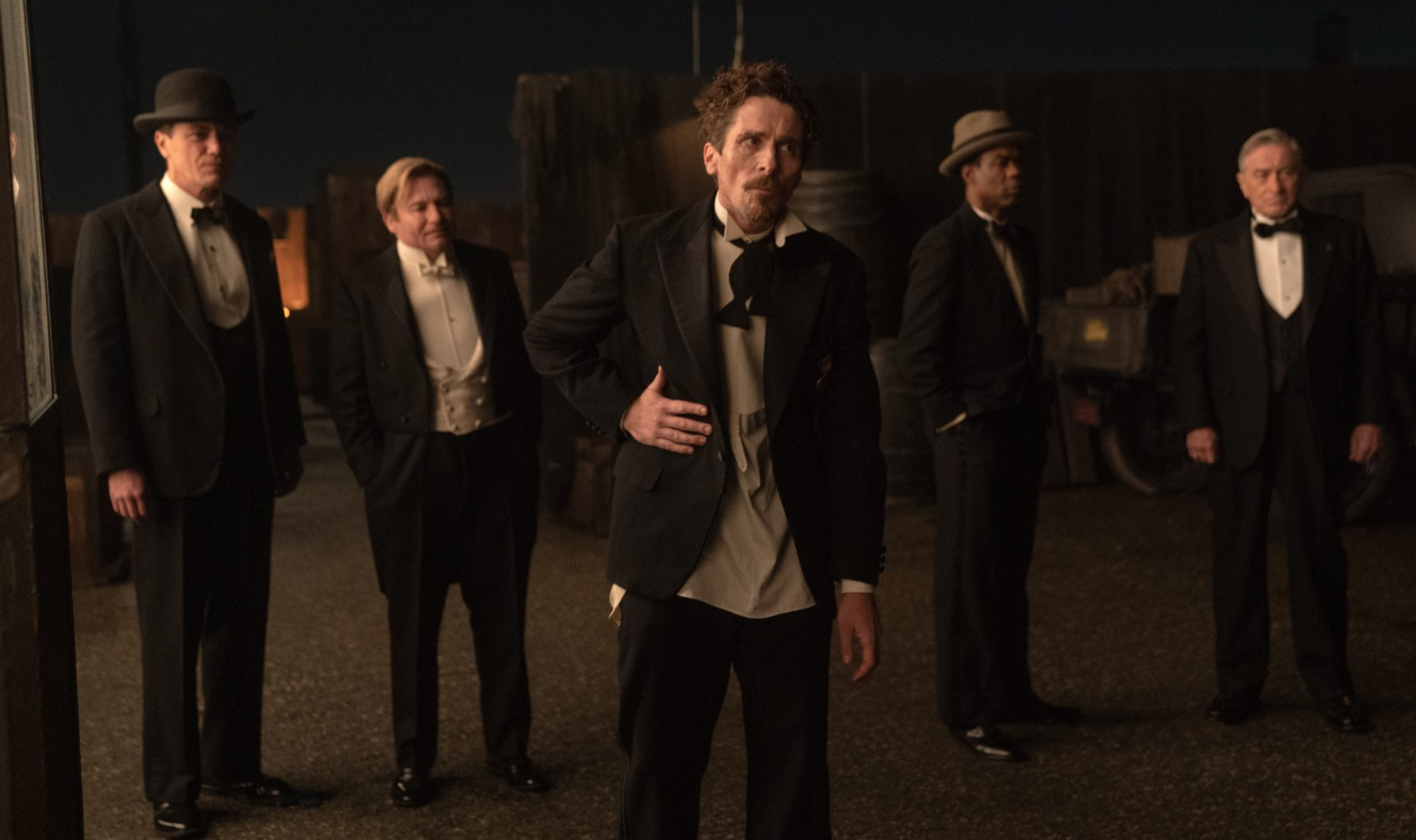 But it’s not “Casablanca.”

I’m not sure what it is: the ninth completed feature by David O. Russell is about valor, exploited; love, lost and a time and a place, in movies and in a post-War world before World War II loosely sketched by the antic writer-director.

At first irritating, then mostly baffling, “Amsterdam” is an epic without foundations, the stuff of a half-dozen unfinished literary novellas stuffed into a single script. “He says you followed the wrong God home,” is one of the pocketful of profundities that speak to the screwball screenplay’s scattershot ambitions, as does “What do you do with the bloody shrapnel you take out of us?” Then again, there’s something about “the magnet that draws the nails out of the wood” that is as eccentrically flip as “What do I know, I’m just trying to make a bouillabaisse because he had it once in France.”

Now here’s a literary fragment: “Now look at that water. It has it good: it just ripples and reflects the clouds, it’s always changing and yet always stays the same too. Has no problems at all,” wrote Nescio, in the slim, pungent volume from 1933, “Amsterdam Stories,” republished by New York Review Books Classics.

David O. Russell does not look at that water.

This dubious mishegoss, his first feature since 2015’s “Joy,” and shot as “Canterbury Glass,” plays like a twelve-week rough draft of a script banged out by a career screenwriter to lay the groundwork for a succession of further drafts to define the story, draw out characters and establish a memorable setting for all the things that are expected of big-budget studio productions. The sort of sheaf of pages that might get an encouraging nod toward further drafts, but not the kind that gets huzzahed roundly and rewarded with $80-million-plus budgets and the concomitant tens of millions in distribution and awards seasons costs.

There’s a latticework in the 1933-set period piece of the romance of “Jules and Jim”; a tincture of Coen brothers misanthropy; a distant hint of the European sorrow of Philip Kaufman’s “The Unbearable Lightness Of Being”; and a political polemic about American fascist strains that parallels the imagery of Marshall Curry’s Oscar-nominated 2017 short, “A Night at the Garden.” (The key line is about the hope of a clutch of fictionalized magnates for “a dictatorship built by American industry.”)

Mostly, “Amsterdam” is about a large, eccentric cast fluttering about in a depiction of a plot to install a corporate, fascist government in the United States in the 1930s. Those who are often left standing, rooted in place while the extreme wide-angle lenses of Emmanuel Lubezki (“Children Of Men,” “The Tree Of Life”) gawk at them and coat them in sepia-to-amber light include Christian Bale, Margot Robbie, John David Washington, Alessandro Nivola, Andrea Riseborough, Anya Taylor-Joy, Chris Rock, Matthias Schoenaerts, Michael Shannon, Mike Myers, Taylor Swift, Timothy Olyphant, Zoe Saldaña, Rami Malek, Robert De Niro and a noted songbird whose screen time plays hardly longer than the flipside of a 78 record.

My favorite passage when the sound crew subversively dispatches a special guest star as they are thrown under a cab with a sudden splash of crunching sounds like a sundered sack of turkey carcasses, a burst that elicited scattered laughter that would have cheered Oscar Wilde, who is often attributed as saying “One must have a heart of stone to read the death of Little Nell without laughing.”

It’s been so long since such a heedlessly zany movie has smeared over a screen! When you find a more scattershot epic than “Amsterdam,” pursue it, for it will be teachable. But when an ignominious mess bears so many resources and recourses, you hope dearly for privileged moments instead of a smudged succession of non sequiturs from a teeming, overbearing succession of celebrity faces whose gazes seldom match, with eyelines darting around the widescreen frames as if performers are searching out the exit. Only a few filmmakers have gotten this kind of freedom in history. Follies like Leos Carax’s “Les Amants du Pont-Neuf” or Michael Cimino’s “Heaven’s Gate” have trounced the ledgers of eager producers and unwitting studios. But those movies are rich with mad savors. This folly is on the level of that period gangster movie Ben Affleck directed in Florida with the hats. Do you dearly hope that a fever dream by a fiscally empowered filmmaker is filled with cacophonous magic rather than half-waking sludge?

“Amsterdam” will fail you.