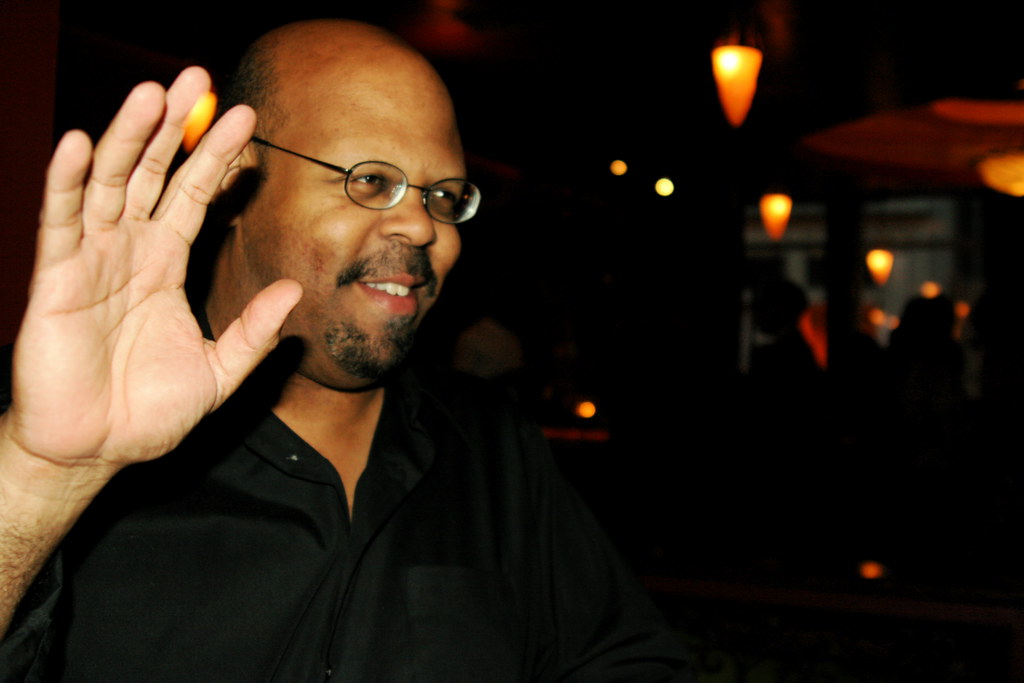 The convocation Doc Chicago, the free mini-conference for and by Midwest documentary filmmakers, is at the Chicago Cultural Center the afternoon of Saturday, November 5. Details below.

The Chicago Humanities Festival presents Jim Jarmusch in conversation with Jonathan Ames at the Music Box on Saturday at 1pm. Tickets here.

James Gray’s “Armageddon Time” draws several pages from the childhood of the Queens-reared writer-director. His most personal picture, he’s said, in at least its biographical details, a story based on his experience of teenage betrayal in the 1980s. (The title is drawn from the Clash’s then-contemporary song “Armagideon Time.”)

“Causeway,” a PTSD drama, streams from Friday on Apple Plus. Jennifer Lawrence talks about the film in a rangy interview with the New York Times’ Kyle Buchanan: “If you have a place to be every day, you probably won’t know that you’re suffering from anxiety and depression until it’s over.” Of her Afghanistan veteran’s character in the film, she tells Buchanan, “I obviously cannot relate to risking my life for my country… but I can understand, reading ‘Causeway,’ why I’m getting so emotional about somebody who doesn’t feel like they belong anywhere unless they’re on a schedule.”

At the Music Box local micro-indie, “All Jacked Up And Full Of Worms” writhes up in the backyard once more late on Friday night. “North by Northwest” crop-dusts at the Music Box in 35mm, and Kevin Smith will talk his way through two nights in the big room with his latest, melancholy offering, “Clerks III.” (Our review here.) Yorgos Lanthimos’ 2009 “Dogtooth” is showing in 35mm at Doc. Doc also has Jia Zhangke’s haunting “Still Life” (2006), also in 35mm. Spike Lee’s “Chi-Raq” is at Siskel.

Siskel also opens one of South Korean pointillist Hong Sang-soo’s latest, “The Novelist’s Film.” while Park Chan-wook’s “Decision to Leave” continues there and at the Music Box; reactions to Todd Field’s “Tár,” and a brief note on Sergio Mims, to whom this year’s Black Harvest Film Festival is dedicated.

“The Novelist’s Film” is rudimentary in look but essential in construction, at times almost a black-and-white photocopy of an image capturing an X-ray of Hong Sang-soo’s essential, recurrent themes: the creative process, a life of reinvention, melancholy, regret, soju. It’s amazing what Hong (an SAIC graduate) does with next to nothing, so close to the bone. One of the best of his very good recent output. Siskel, opens Friday, November 4. 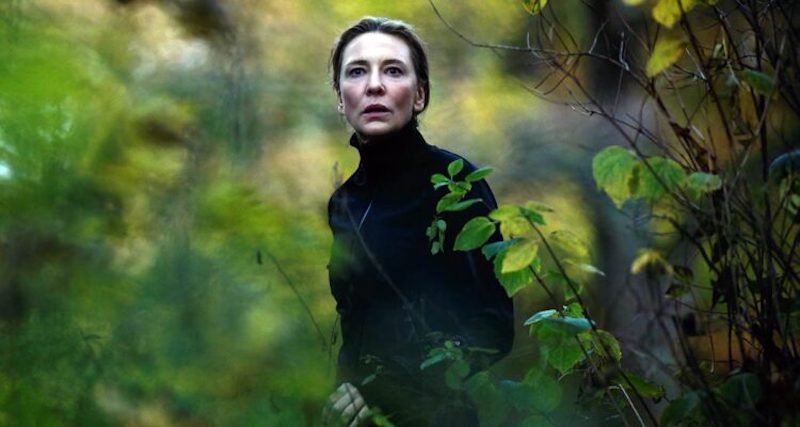 Of the art-house success “Tár,” “Pictures at a Revolution” author Mark Harris weighs in on Twitter, “Someone complained to me that Tár ‘is cagy about the facts of the case.’ And they know it’s fictional, but I still could not make them understand that there are no facts of the case outside of what you see in the movie. They still feel it’s cheating. Odd to me.” I’ve heard stories about the after-show conversations under the marquee at the Music Box: spirited and eager to understand. 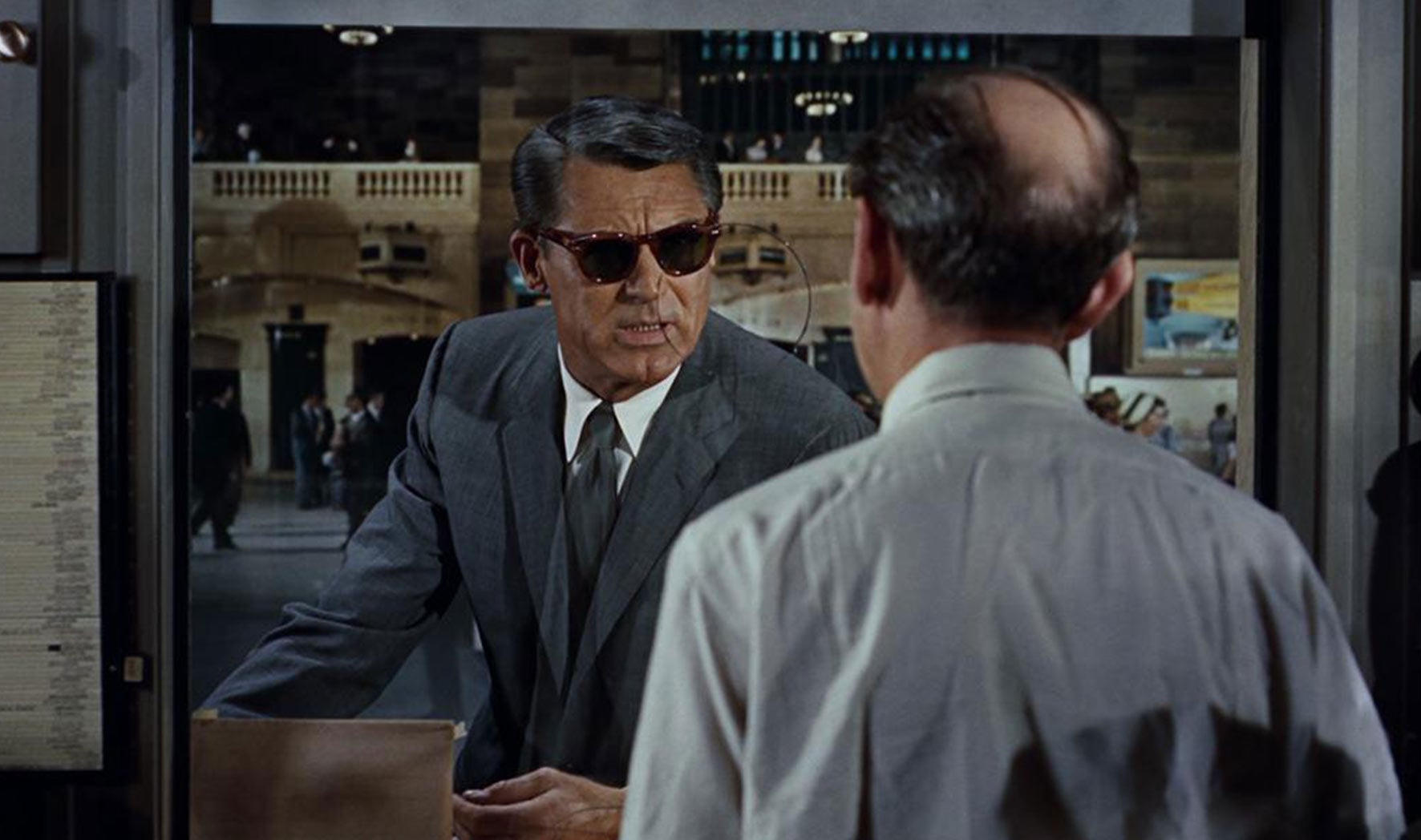 A keen piece of movie history was published by Vanity Fair back in September: “How One Modernist Building in Alfred Hitchcock’s ‘North by Northwest’ Changed Cinema Forever; The Vandamm House moved movie villains inside the sleek spaces of modern architecture.”

“Dogtooth” is a revelation, especially arriving from Greece. Even the elder statesman of Greek cinema, Theo Angelopoulos, began a drift into mannerism with “The Weeping Meadow,” no matter how glorious its production. “Dogtooth” is funny peculiar, funny ha-ha and a remarkable one-of-a-kind: it should come across as pastiche, as a rehash of provocations and surrealist gestures past. Buñuel liked his virgin martinis, having a beam of setting sunlight strike a bottle of vermouth and refract into awaiting gin. The steady light of “Dogtooth” would have Don Luis sipping another cold one. A wealthy industrialist and his wife keep their three grown children in a compound away from the outside world; things have odd names and superstition abounds. “A motorway is a very strong wind…” Metaphor abounds like Greek bank debt. The inexplicable is the everyday and the everyday of these characters lack our reason. What Lanthimos does just right is insure that there are many metaphors and there are none: it’s an x-ray to a cornucopia of fears about society and control, of parental responsibility and adolescence protracted years past its natural life, as well as any of society’s potential to lapse into fortress mentality. Lanthimos’ cool framings are nonjudgmental. The light is bright. The actors who play the siblings have a background in dance, which erupts at delirious moments. The oddities are earned, touching and shocking at once. As a successor to the Surrealists, “Dogtooth” erupts with bursts of sexuality and violence that are both horrifying and tragically funny. 35mm. Doc Films, Friday, November 4. 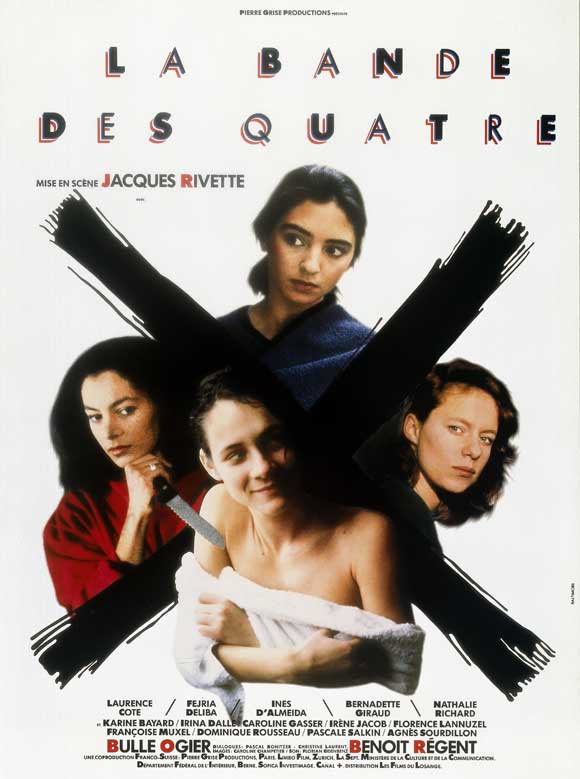 I have one large wall and this is the wall-size poster presently subduing on that wall: I’ve never seen Jacques Rivette’s skulduggery-during-a-theatrical rehearsal “The Gang of Four,” but this could be the chance to find out what these four heroines are up to. Part of the Doc Films Rivette retrospective, Sunday, November 6.

Those with a depth of knowledge about another culture, its art and artifacts take away a different experience from movies then strangers to that land (or imagined lands). Yet the currents running deep through Jia Zhang-Ke’s startlingly lyrical and sad “Still Life,” which won the Golden Lion at the 2006 Venice Film Festival, following the quests of two characters, a coal miner and a nurse, to reunite with lovers long lost, along the course of China’s Yangtze River, which is rising hundreds of feet, immersing hundreds of villages and thousands of years of culture, are, even at simplest glance, rich and haunting. Jia’s work (“Platform,” “Unknown Pleasures,” “The World”) has originated mostly in some form of digital video; “Still Life” and its companion documentary on the same ground, “Dong,” hold misty beauty, and his use of frame and duration are chillingly poetic. There is one shot that equals the last five minutes of “Fight Club,” of a reunited, long-sundered couple several floors up inside a half-demolished building, the skyline outside seen through a rude, jigsaw hole bashed into the edifice. They embrace. The small buildings on the horizon, in murk of mist and slightly blown-out light, detonate distantly and fall from the sky. This is beautiful work, streaked with tears. And dust: “The secrets of still life fell upon me,” Jia has written. “The old furniture, the stationery on the desk, the bottles on windowsills took on an air of poetic sorry. In the roaring noise and fluttering dust [of this condemned city], I felt that life really could blossom in brilliant colors even in a place with such desperation.” Doc Films, Tuesday, November 8. 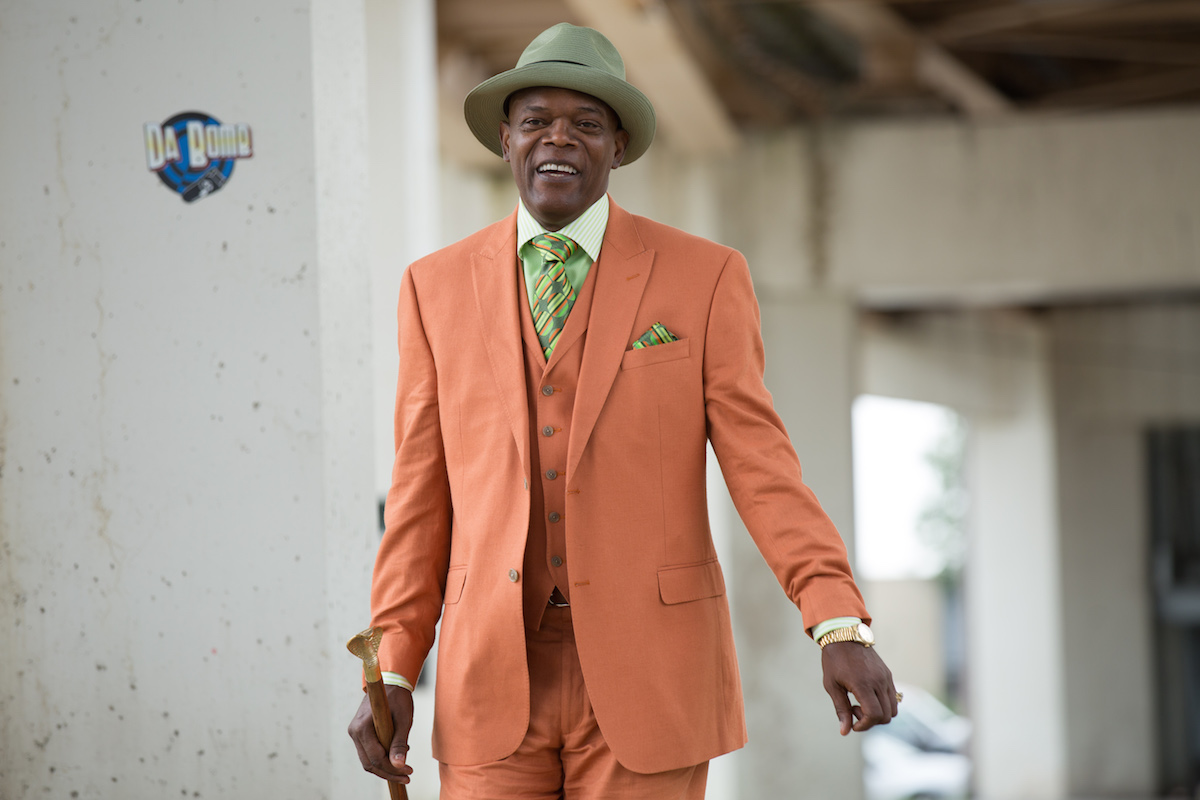 Siskel’s “50/50” attraction this week is Spike Lee’s highly stylized “Chi-Raq” (2015). (It’s also part of Black Harvest.) “By any meanings necessary”… “I don’t live in no fuckin’ Chicago” is part of the extended pre-credits scene of red letter-lyrics on a black background, and “Chi-raq” doesn’t. Despite being shot at least partially on Englewood locations, the sense of setting is otherworldly and non-site-specific, and could have been located in any American city with violence that bursts from simmer to carnage in a soon-stilled heartbeat. (Lee has cited “Killadelphia” as a nickname for Philadelphia and “BodyMore, Murderland” for Baltimore, for instance.) A contemporary review here. Siskel, Monday, November 7.

A convoy of festivals park in town this week. The twenty-eighth Black Harvest Film Festival, Chicago’s annual showcase for films that celebrate, explore, and share the Black, African American and African Diaspora experience, runs November 4 through 20 in person and November 21 through 27 online! Festival passes and tickets to their full lineup of feature films, short film programs, and special events are on sale here.

The thirty-ninth annual Chicago International Children’s Film Festival, one of only two Academy Award-qualifying international children’s film festivals in the world, runs November 4-20, including special events. The in-person screenings will take place at FACETS as well as official CICFF39 partner venues, Reva and David Logan Center for the Arts, Chicago History Museum, Instituto Cervantes of Chicago and the Harold Washington Library Center. General ticket prices are $10 for in-person and $15 for virtual screening. Schedules and details here.

Rachel Aviv at The New Yorker talks to Asghar Farhadi and other figures in the Iranian film industry about assertions of his working methods and whether they amount to theft. The portrait of Farhadi’s history and of his thematic attraction to lies and self-deception is self-consciously presented as being a story in the style of recent decades of Iranian cinema.

This year’s Black Harvest Film Festival is dedicated to Sergio Mims, its cofounder. I knew Sergio for many years: an ebullient, affable figure with strong but vivid opinions, eclectic and always-discerning taste, and always open to opportunities, including how in the early years to keep one’s place on publicist’s lists for movie screenings and events before establishing one’s name in your youth. Are there stories? So many stories.