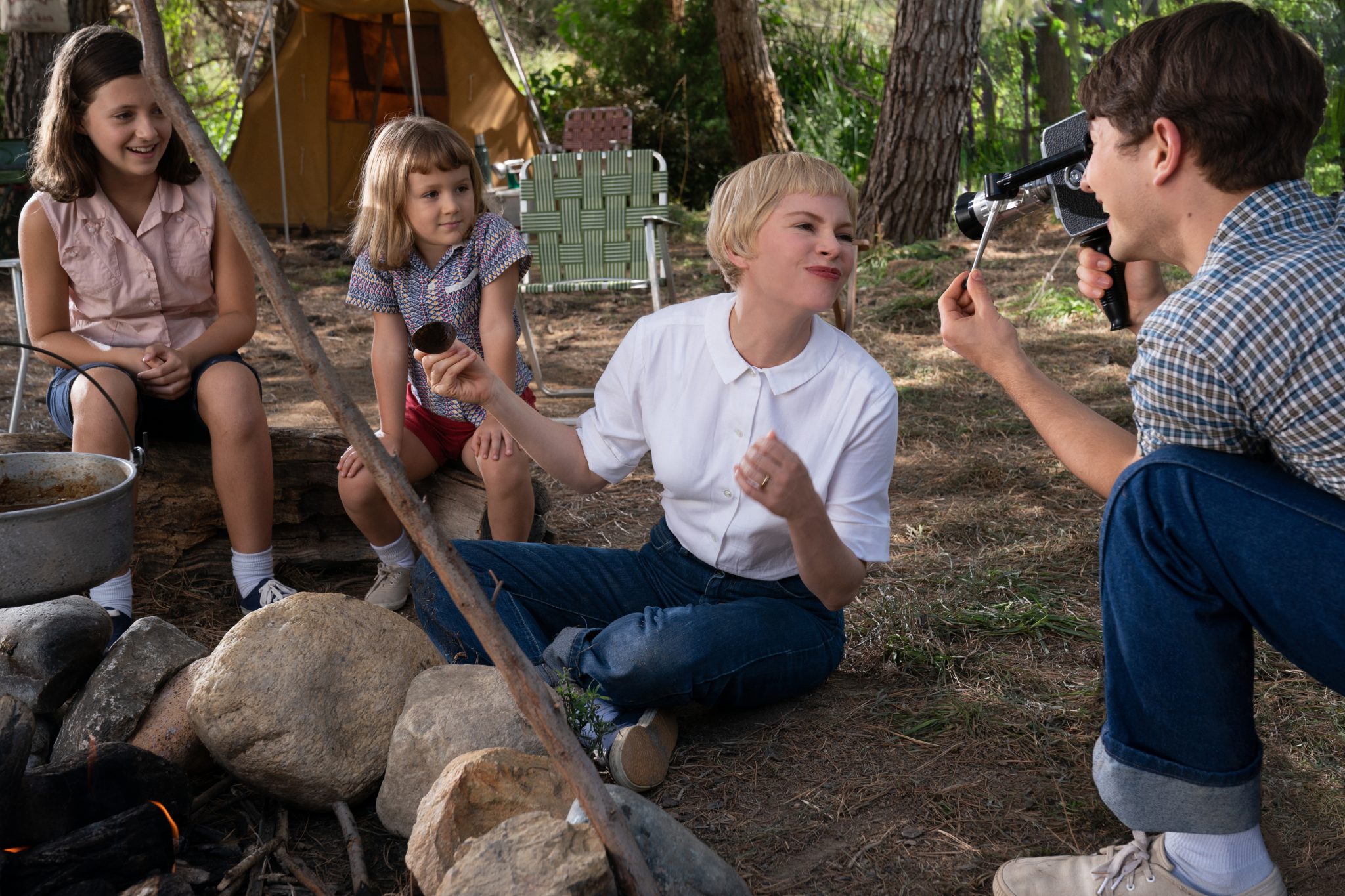 Openers this week include “Glass Onion,” “The Fabelmans,” “Bones And All,” “Strange World,” “Devotion” and “The Inspection.” Plus, broadcast and streaming debuts of the first two episodes of Tony Gilroy’s stellar “Star Wars” series “Andor,” and debuting on Disney Plus on November 25, writer-director-co-chairman-co-CEO of DC Studios James Gunn’s “The Guardians of the Galaxy Holiday Special.” 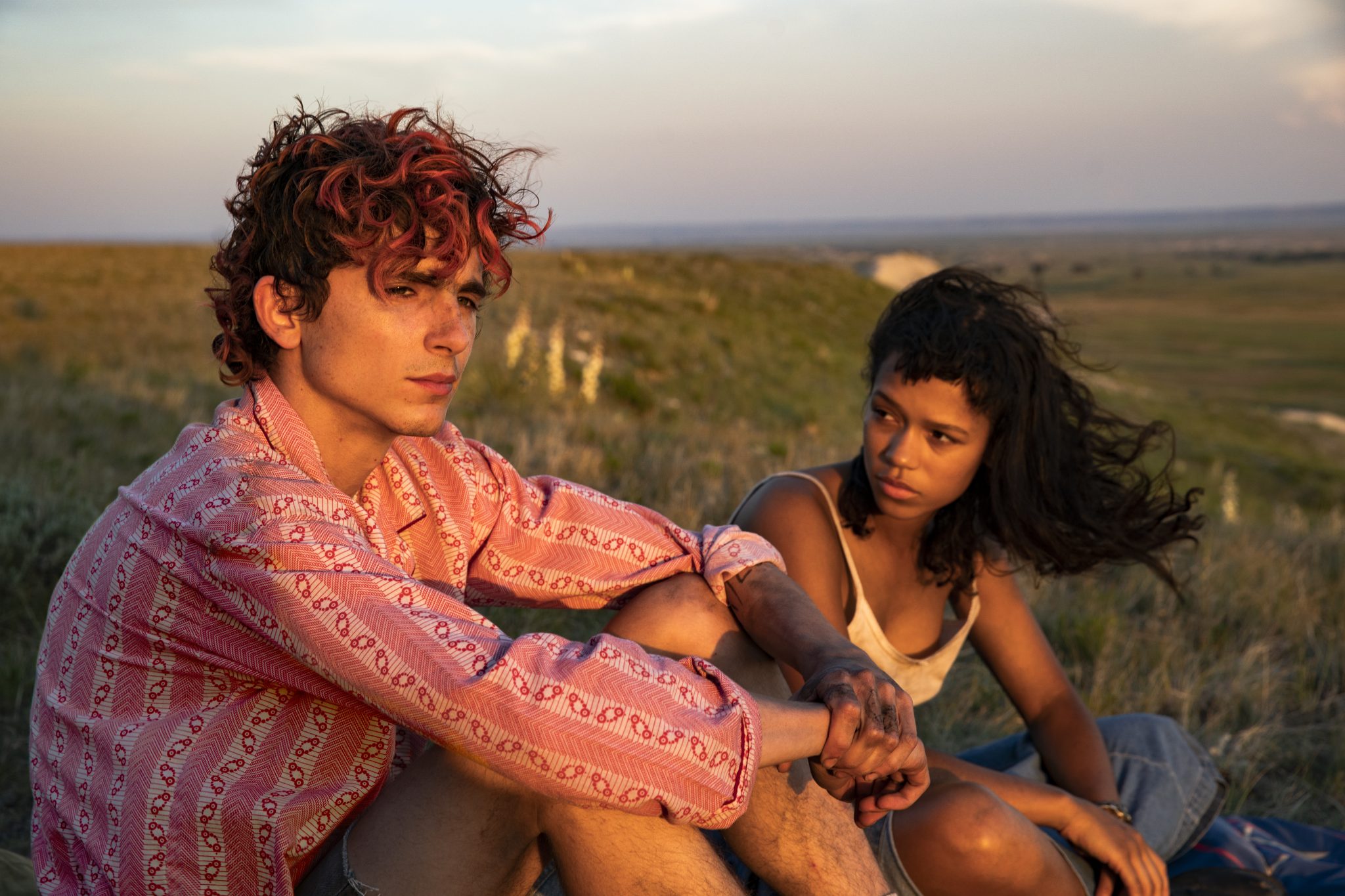 Italian emotional maximalist Luca Guadagnino etches an American road trip between two young lovers (Taylor Russell, Timothée Chalamet) who happen to be cannibals in “Bones and All.” Badlands are where you find them. The score is by Trent Reznor and Atticus Ross; the imagery by cinematographer Georgian Arseni Khachaturan.

Elegance Bratton’s “The Inspection” is a stylized story of a young Black gay man finding purpose in the Marines, scored by Animal Collective. In a rich interview at Filmmaker magazine, Bratton says, “While I’m in love with the art form, the films that I make come from a very intentional, purposed and determined place. They’re a way to objectify my resilience of having gone through all of these things. While I love movies and feel that I know cinema, it’s the emotional [aspect] that drives me more so than that knowledge. Yet I draw on that knowledge to express the emotional aspect.” 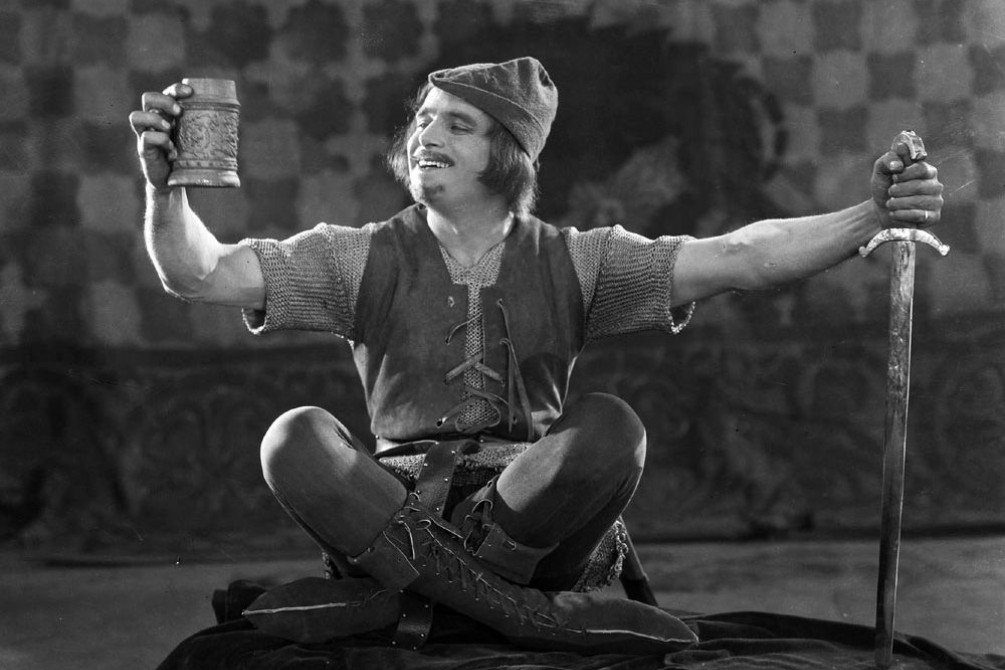 And in shorter runs—this groaning marquee is at the Music Box alone—the return of the Music Box “Sound Of Music” Sing-a-long, November 25-27 (and December 3-4); “Zodiac” on 35mm; twenty-fifth anniversary weekend matinees of Satoshi Kon’s 1997 masterpiece “Perfect Blue“; Mike Leigh’s masterfully metaphorical, heartwrenching and heartwarming “Life is Sweet” is also playing, the filmmaker’s introduction to American art-house audiences in the early nineties; John Cassavetes’ “Love Streams” from the Chicago Film Society, in 35mm; and a “composer’s cut” of a 4K restoration of Lucio Fulci’s “The Beyond“ with an alternate score by composer Fabio Frizzi; and 1922’s silent “Robin Hood” with Douglas Fairbanks, in 35mm. Plus at Siskel, Lee Chang-Dong’s ever-mysterious “Burning.”

Writer-director James Gray, whose “Armageddon Time” is in theaters and on video-on-demand now, describes why a good piece of art shouldn’t be universally loved when first seen. And: how to read “Tár.”

Plus: a glimpse of the late Jean-Marie Straub on Columbus Drive one night many decades ago, plus his final, ten-minute short, “France Against the Robots.”

On a journey from blinding light to a kindly cyclops, Steven Spielberg simplifies his own early life in “The Fabelmans,” in gestures as brisk as the flick of a wrist. “There’s no grand historical context for it. It’s this very naked film,” co-writer Tony Kushner told Stephanie Zacharek for a Time cover story. “There are no aliens, no dinosaurs.”

The first few minutes of the movie throw theses at the wall: “Dreams are scary!” Steven stand-in Sammy, five or so, says to his mother, Mitzi, before witnessing his first movie, the pulpy pile-up of “The Greatest Show On Earth.” “Some dreams are,” she says, and later, soothing as mom and mythic creature as well, “Movies are dreams that you never forget.” Our full review of “The Fablemans” is here.

“Glass Onion,” the sequel to Rian Johnson’s 2019 worldwide theatrical success mystery-comedy, “Knives Out” opens for a week’s limited engagement in theaters before nestling into its worldwide Christmas berth on Netflix. The farcical puzzle box “Glass Onion” puts its political bearings up front in satiric amplitude. Where “Knives Out” took its fine good time bringing its subtext and terrific punchline about immigration and workers to the fore, the first of continuations of the adventures of detective Benoit Blanc jets directly into a world of callow “influencers” who are all in debt of one kind or another to a mean-minded puppet-master. 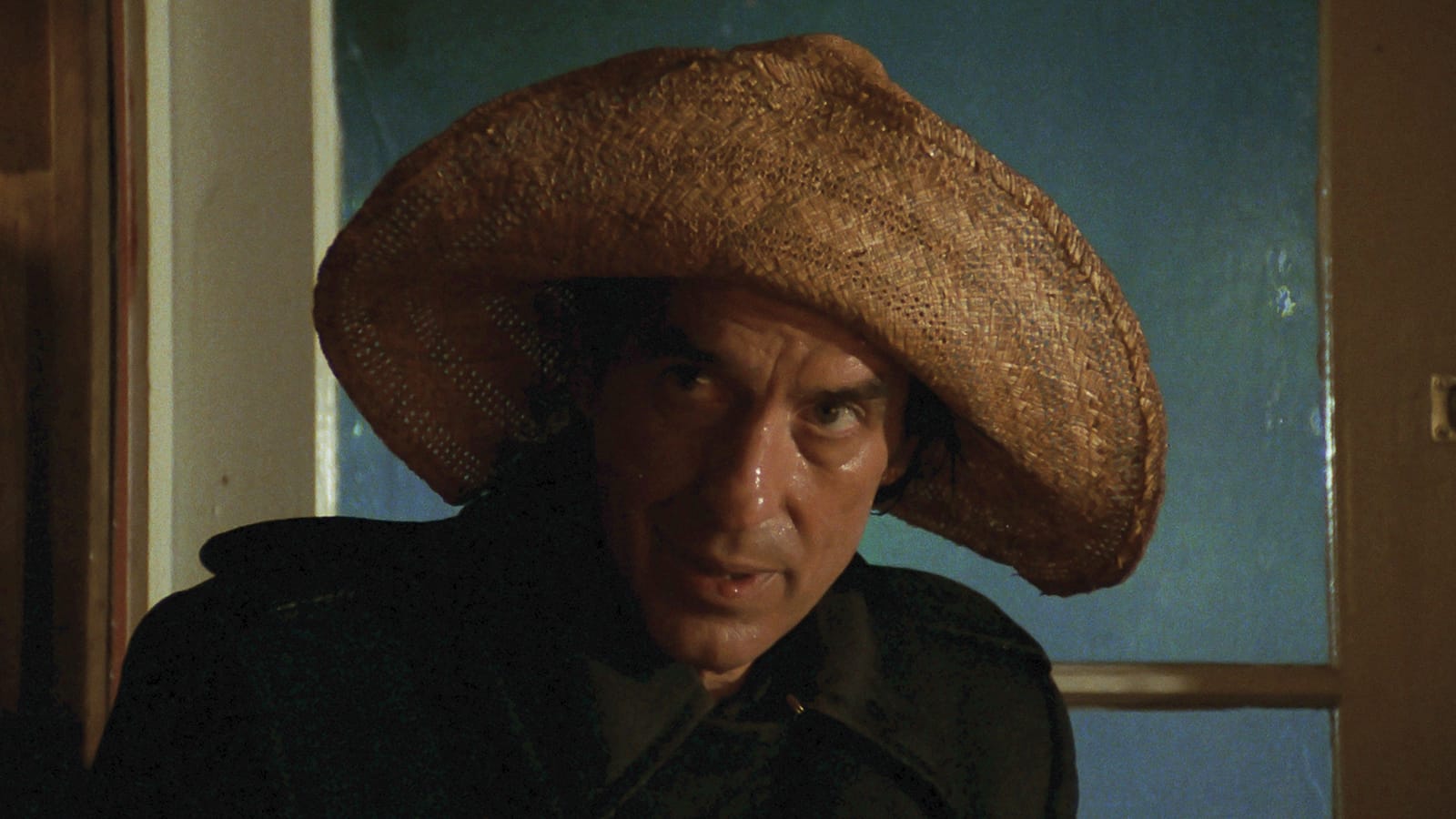 A rare screening of the mad marvel of “Love Streams“—in 35mm!—plays at the Music Box. Writes the Chicago Film Society’s Cameron Worden, “More than twenty years after ‘Shadows’ marked him as the standard-bearer for American independent film, Cassavetes found an unlikely backer in The Cannon Group… whose mulish pursuit of prestige would also lead them to financing films by Raúl Ruiz, Norman Mailer and Jean-Luc Godard. While in the past Cassavetes would be kneecapped working with other people’s money, ‘Love Streams’ wound up being the director’s most uncompromising film, an unruly amalgam of musical numbers, searing family drama, slapstick comedy and surrealist interludes that’s like nothing else in American cinema.” Preceded by trailers for other Cassavetes pictures. Chicago Film Society at Music Box, Monday, November 28.

David Fincher’s steely masterpiece, 2007’s “Zodiac,” shows at the Music Box in 35mm. “Fincher had this saying, like a therapist would say. ‘You don’t have to kill all the rattlesnakes to know where they all are.’ And the idea behind it is that, for the guys in the movie, it’s more about them coming to the conclusions they came to in order to move on with their lives,” screenwriter James Vanderbilt told a Writers Guild presentation. “We’ve all seen the movie a thousand times where ‘Dirty Harry’ puts the bullet in the bad guy, and we get to go home feeling good about ourselves because it’s a safe world. That’s not reality, and I think what’s interesting is that ‘Zodiac’ is more about what you have to do to move on from things in life. Things don’t get buttoned up into a pretty little package, and you don’t get to put them away… I honestly think part of being a writer is that you deal in dark shit so you don’t bring it out in your real life. I’m a pretty happy-go-lucky guy because I can deal with dark shit and get it out on the page and not have it follow me home.” 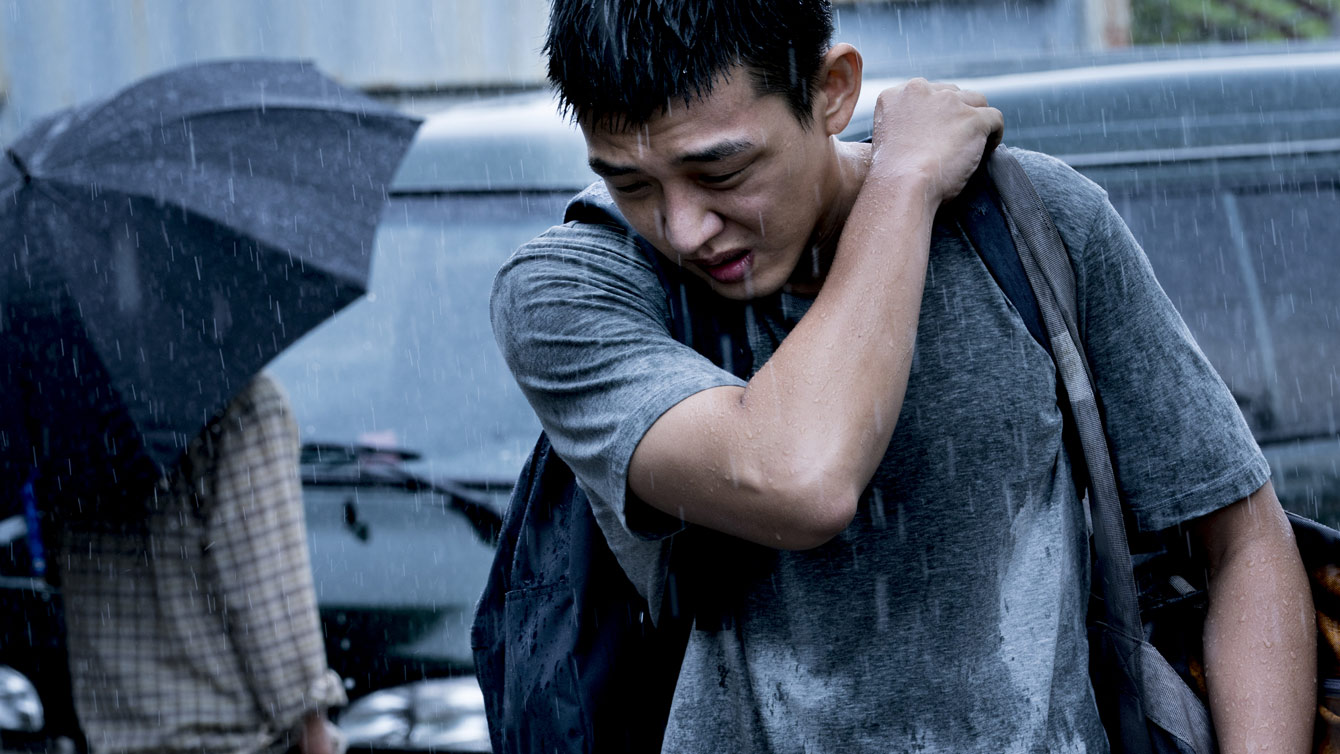 Shit’s on fire. Chang-dong Lee’s super-strange suspenser, “Burning” (Beoning), is wondrous and narcotically singular, while reflective of strains of movies being made by his contemporaries among South Korean filmmakers, including Hong Sang-soo and Bong Joon-ho. (In their films, class and society are described through interactions that reveal strata after strata.) Tracing how an event affects three people, “Burning” layers mystery upon mystery, Hitchcock by way of Hanks, conveying a vivid yet always dreamlike perception of the limits of our capacity to know others, and to understand the world around us. It also describes, but does not define, an unspeakable malaise among young men in industrialized nations worldwide. Lee’s film is true to the elusive character of his source material, a 1992 short story by Haruki Murakami, itself based on a William Faulkner story, but all such description of the movie fades in the face of its generous welter of poetry, of onrushing light and shadow and confusion and stark, staring beauty. “Burning” lingers. “50/50” series at Siskel, Monday, November 28. 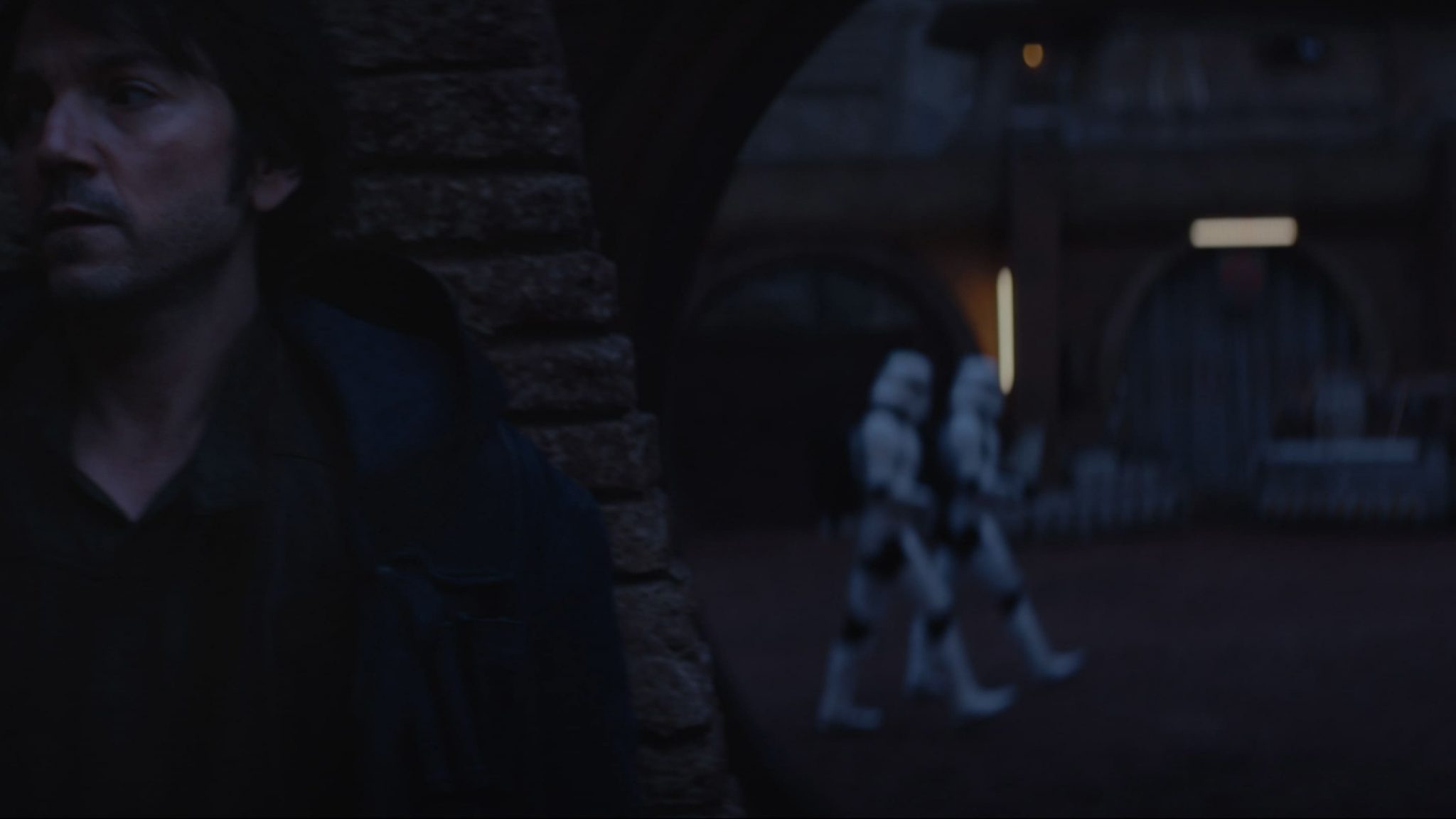 The Disney Co. is offering a glimpse of its twelve-part Disney Plus series of the year, “Andor,” amortizing the cost of the first two episodes across other corporate properties over Thanksgiving weekend. The Tony Gilroy-produced series takes its time to sound its themes and announce its slow, seething ambition, and only becomes the great canvas that it is around the third episode. Nonetheless, the first two episodes will be shown on ABC on November 23, the same night the season’s final episode shows on Disney Plus; FX, November 24; Freeform, November 25; and Hulu November 23-December 7. Across its twelve hours, it’s the most consistent engrossing work I’ve seen all year. Screenwriter Michael Green (“Logan,” “Blade Runner 2049”) put it this way: “‘Andor’ is like walking into In-n-Out Burger and being served a two Michelin Star omakase.” It’s so good.

“If everybody loves it when they first see a painting, read the book, or watch a movie, there’s something wrong. It means that it went down too easy. You need a level of provocation for the work to simmer in the collective unconscious for a long time.” James Gray, director of “Armageddon Time,” from episode 302 of “Talk Easy with Sam Fragoso”

It’s awards season, so PDFs of the year’s contending screenplays are online including Todd Field’s “Tár” as well as “Armageddon Time.” Here’s how Field introduces the ninety-two-page script for his 158-minute movie.

Long ago I went on a walk after a night screening that included the filmmakers Straub-Huillet and the then-director of Chicago’s Film Center, Richard Peña. 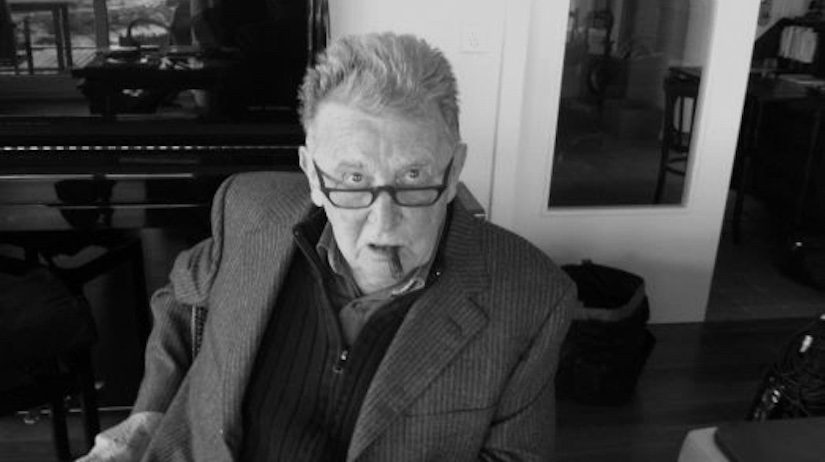 A light, lackadaisical curtain of snow was pushing in from the Lake and Straub turned up his coat collar and shook his bare head to loose the shapely flakes. The street lamps, taller than willows, wavered in the light gust. The sodium-vapor strain of light made snow seem stilled, a pattern staining the retina.

My then-wife, half-German, was speaking to Straub and Huillet in a kind of Berliner Hochdeutsch she had learned at home from her mother who had left Germany as a child around the age of six. I could follow almost nothing, but Straub, I found out later, expressed surprise that someone so young was fluently speaking in a lost argot of the 1930s like the language he was forced to speak as a child, a near-contemporary of her mother. There was dark amusement in the filmmaker’s voice. The flakes were large and complex and melted into single drops on my face. Huillet listened intently. Straub laughed.

The French filmmaker died this week at the age of eighty-nine. In his last, short film, “France Against The Robots” (2020), Straub observes, “A world gained for Technology is lost for liberty.”