For this year’s list, we kept our overall ranking numbers but organized everything by category. 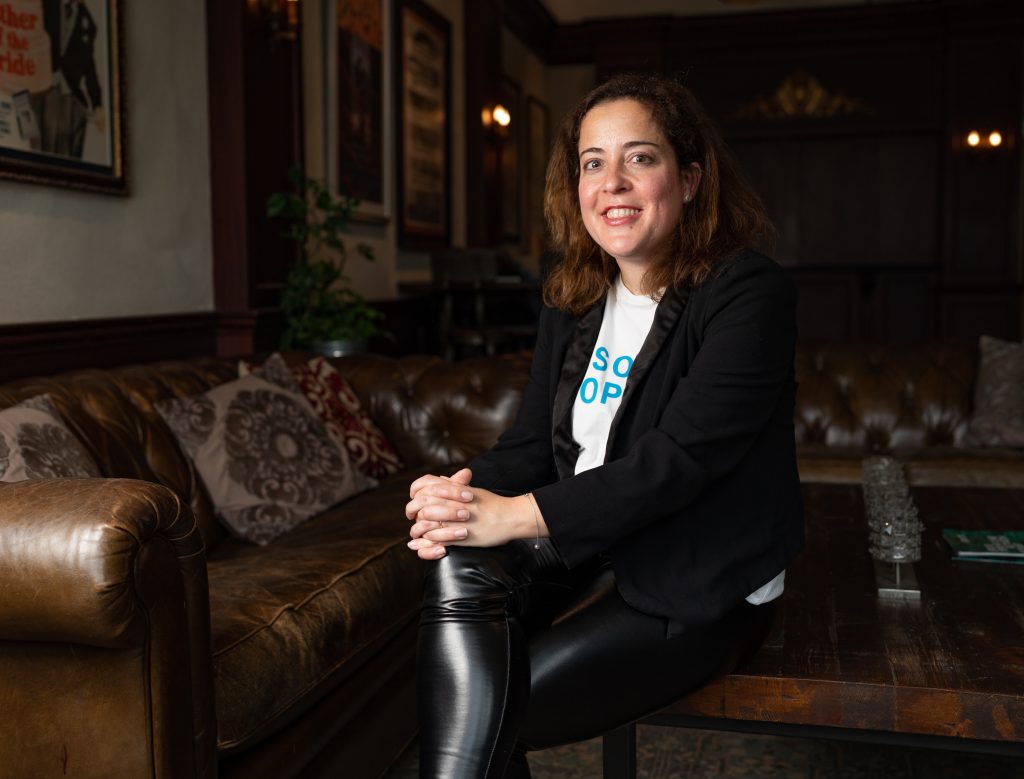 “Cinema Femme is currently an online magazine and short film festival, a platform for emerging underrepresented female and non-binary filmmakers,” says founder Rebecca Martin Fagerholm. “To support these artists, we showcase their short films, provide education through featured interviews, and offer mentorships with seasoned filmmakers. We are vocal about the need for change both onscreen and behind the lens, and believe that together we can change the industry for the better. My job as managing editor and festival director is to steer the ship with this mission. I see the short film festival as an incubator for fostering community and mentorship. We screen short films by women and non-binary filmmakers, have panel discussions around relevant topics led by industry veterans such as Karyn Kusama, Emily Robinson and Chaz Ebert, and offer a six-month mentorship program.” How will this effort keep going? “Women and non-binary filmmakers have a wealth of knowledge when it comes to navigating within the industry. What’s necessary is fostering a community where we can help each other and break down the roadblocks toward representation in front of and behind the camera. Since we began our festival in August 2020, we’ve selected ten recipients for our Breaking Down Walls mentorship program. Mentees have gone on to work with Disney+, HBO Max and other platforms. Mentors have included Jennifer Reeder, Deborah Kampmeier, Christine Swanson and Haroula Rose.” Through the Annenberg Inclusion Initiative and organizations such as the Geena Davis Institute, she learned more about the gender disparity in our industry. “That led me to discover other groups that were aligned with our mission like Women In Film & Television International, Film Fatales, ARRAY, Seed&Spark and Free the Work, along with Chicago’s own Mezcla Media Collective, Camera Ambassador, Full Spectrum and Sisters in Cinema. The more we can work with others, and elevate these voices, we will be seeing greater change onscreen and behind the camera. The Chicago film community is scrappy and full of passion, and we hope to elevate its many underrepresented voices.” Call Sheet magazine launches in January, a collaboration between CInema Femme and Camera Ambassador, led by Fagerholm. 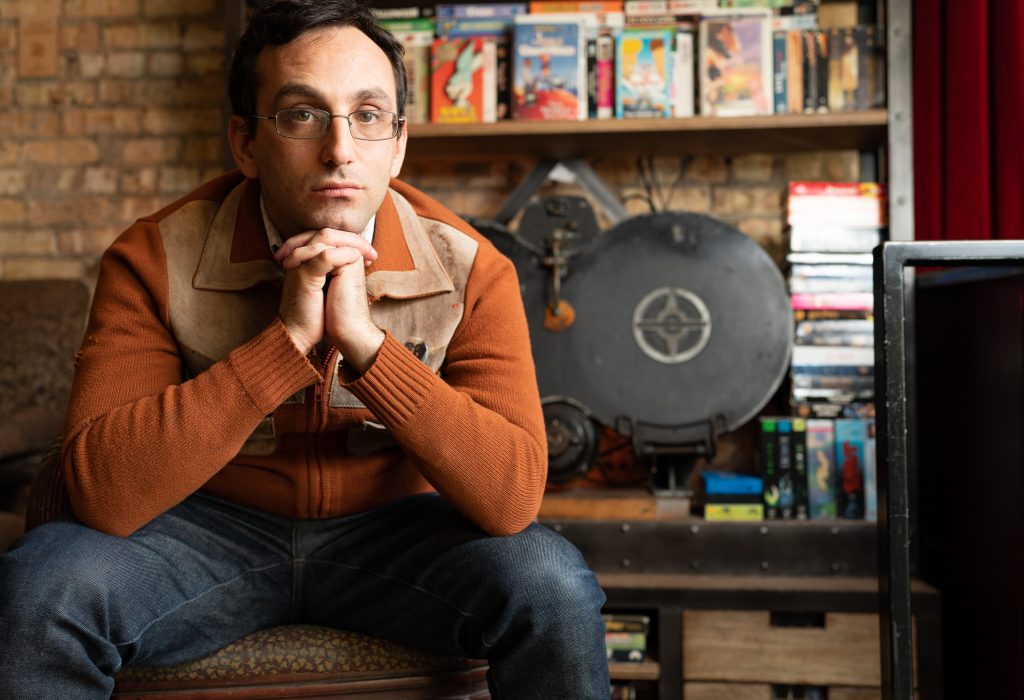 Kat Sachs and Ben Sachs are co-managing editors of the Friday film newsletter and posting, Cine-File. “Ben and I both have non-film-related full-time jobs, and Cine-File is more or less an entire second full-time job in how much it requires,” Kat says. “Especially as we’re both committed to continuing to write versus just managing the site. We see that as an important part of it, though, as Ben and I work very hard to ensure most everything we think is of note that week is being covered, even if that means we need to do it ourselves. But, of course, we couldn’t do it without an amazing roster of contributors who go above and beyond.” Says Ben, “Cine-File has always been a volunteer operation. We collect no money from the site and our contributors don’t get paid. A few years after Cine-File started, I got a full-time job writing criticism professionally. I did that for a few years but found it unsatisfying; I’m just not that interested in forming opinions on multiple new narrative movies every week. With Cine-File, I can write exclusively about what I care about, which tends to be older films, documentaries, and experimental fare.” Kat says the effort is about passion. “I’ve been contributing to Cine-File for ten years—it’s been a significant part of almost a third of my life. The fact that so many of us have been committed to this non-commercial venture for so long, to me, says a lot about what it takes to sustain a community. It’s also done without the expectation of reward or recognition.” The reward is simply “to cover Chicago’s filmgoing culture as widely as possible.” “We spread the word about screenings we care about,” says Ben. “We privilege listings based primarily on rarity—how likely is it that this movie or print will return to Chicago anytime soon? After that, we list movies based on whether they align with our values—do the films build on one’s understanding of film history or what the medium can do? Do they reflect underrepresented voices in cinema?” What community does Cine-File represent? “Everyone from programmers to theater staff to every single audience member is in our community, and Cine-File is ultimately a weekly love letter to them, all of them. Even the venues themselves! I hope that comes through in our efforts.” Says Ben, “I’m most passionate about movies that expand my knowledge, whether it’s of cinema or the world in general. Because I gravitate toward subjects I don’t know a lot about, research is a big part of my writing. In educating myself on these subjects, I like to think I’m educating our readers too. I think we’re distinctive in our aesthetic hierarchy. We don’t take popularity or commercial considerations into account; if anything, we spotlight movies because they aren’t getting much attention elsewhere. I also think we’re unique for not running negative reviews. We stay positive about cinema as a way of encouraging positivity in others—even if we don’t like a movie that’s showing at a non-commercial venue, we try to focus on what makes it worth seeing. I see this as part of advocating for an arts culture we believe in; sometimes we have to put our own opinions aside for the sake of our mission.” Adds Kat, “There’s so much love involved in everything we do with Cine-File. We joke that it’s our baby, but it’s true, really. Cine-File and our cats. I’d love to continue expanding Cine-File. I have so many plans but so little time. I need a forty-eight-hour day to accomplish everything I want.” Ben: “Perhaps more volunteer efforts are needed to maintain non-commercial film culture within our hyper-capitalist society.” 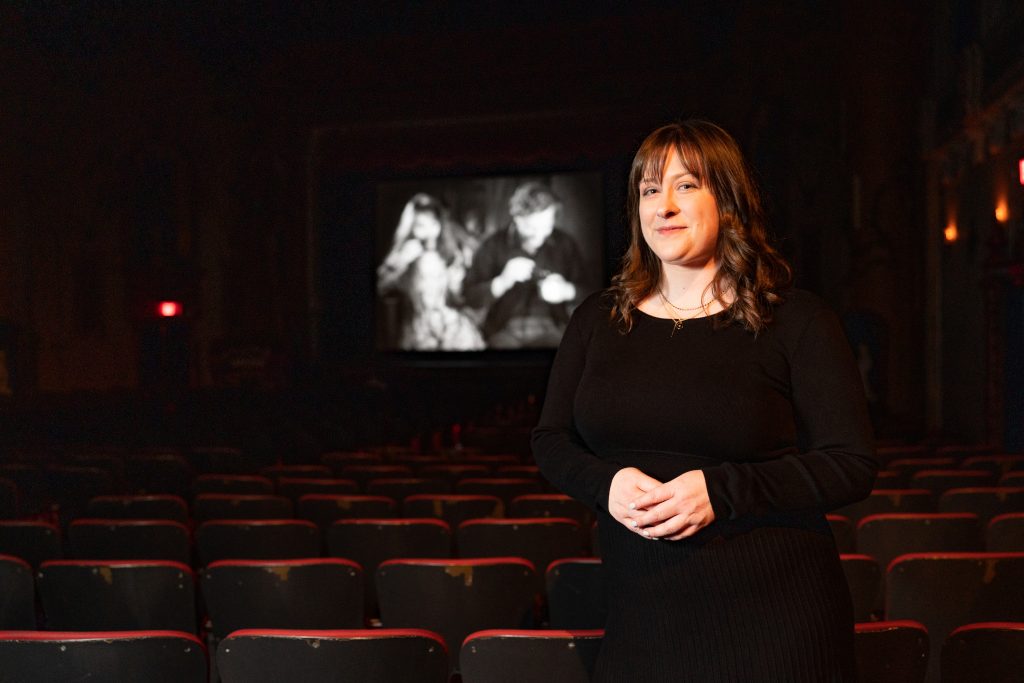 Lisa Trifone lists her job titles: “Publicist. Strategist. Consultant. Magician. Cheerleader.” As a publicist, she says, “My role is one part of a larger team—filmmakers, studio, film festival—who are ushering a film, event or other newsworthy happening into the world. The goal is to elevate a project’s profile and the work that entails is often nuanced and always strategic. On any given day, I’m pitching a film for review, organizing a filmmaker interview schedule, consulting on a release strategy, building out recommended messaging, you name it, all with the client’s goals, target audiences and project priorities in mind. As a business owner, I’m also doing all the management, development, staffing and supervision necessary to keep the agency running smoothly.” Community, she says, doesn’t just happen by accident, “It takes having a vision, building collaboration across disciplines and committing to the day-to-day and long-term work it takes to cultivate all that. As for taste and technique…I’ve spent fifteen years working in the independent film and film festival space, and I’ve learned a lot along the way. Putting in all that time means I’ve developed an understanding of where my expertise is and, more importantly, where it isn’t. I know relatively early on if a potential client is a good fit, if I think we can deliver for them, and trusting my gut on that is essential. Beyond that, it’s about relationships, about connecting the dots and, in my line of work, knowing who is which dot and what they want to be connected to.” Trifone launched her agency five years ago. “I realized the single thread that followed me through every job and move to that point was a passion for connecting films to audiences. I’m not a filmmaker, I’m not a studio exec. But I am a people person, and I’m a movie person. I love discovering amazing stories and celebrating the art of film, and I want to be at the crossroads where these incredible films meet the audiences hungry for them.” Chicago’s industry, Trifone believes, has kept up with seismic changes. “There’s a greater appreciation for the city’s place in the broader film industry, and that speaks directly to long-term sustainability, integrating ourselves into the industry overall and making ourselves indispensable, in the most polite Midwestern way possible. I often say that I own a film company based in Chicago, not a Chicago-based film company, and that’s an important distinction—our clients are based all over the country, all over the world sometimes, and they’re looking to Chicago—not L.A., not New York—for what they need to achieve their goals for their projects. That’s a really cool thing to be a part of, and I’m proud to do what I do from here.” 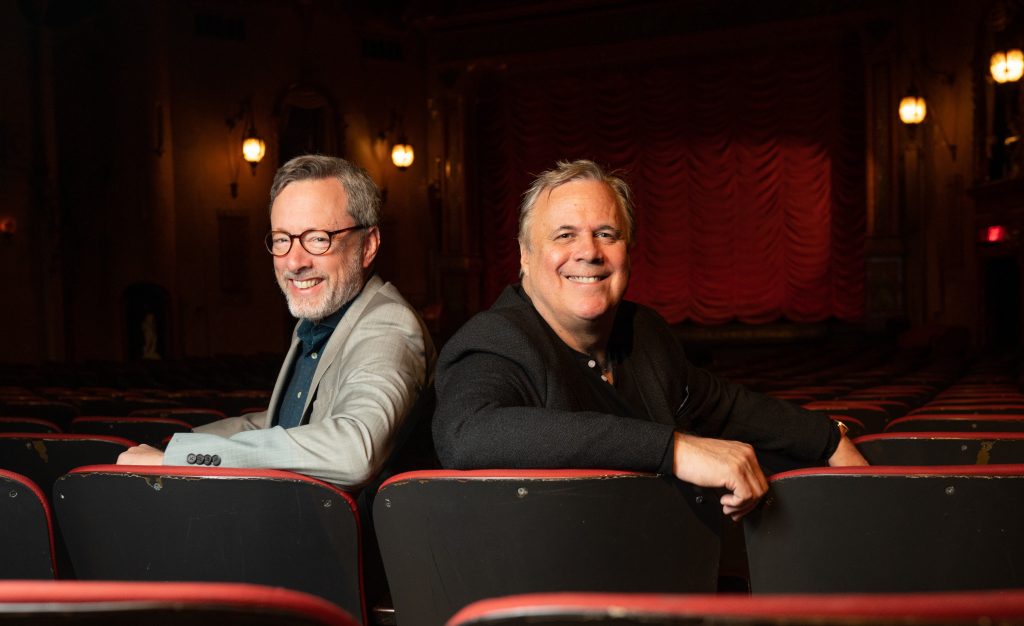 The lead film critics for the two daily newspapers, Richard Roeper and Michael Phillips, are among the city’s longest continuously employed movie talkers. Roeper, who began as a youthful city columnist with a broad landscape for the Sun-Times, was a colleague of Roger Ebert at that paper when he got the call to eventually become his review series co-host. “The platforms change and the methods of viewing material have changed, such as getting more links than screenings, especially during the pandemic, but the job hasn’t really changed all that much. For me, the biggest change came about six or seven years ago, when I added TV shows to my roster of titles to review.” Roeper, like his late colleague, remains passionate about the gig. “I’ve been working in print and broadcast for thirty-plus years. I don’t expect any major changes to my day-to-day work in the coming years. Overall, I’ve been extraordinarily fortunate and I’d like to think my work ethic has played a part in that. I’m still most passionate about sharing positive reviews about films–especially smaller films, and of course, movies and series that are filmed in Chicago and/or feature homegrown talent behind and in front of the camera.” Michael Phillips, Chicago Tribune film critic since 2006, began his career reviewing “Taxi Driver” and “Star Wars” for his high school paper, and has been a theater critic for the Tribune and the Los Angeles Times, as well as “At the Movies” co-host opposite Richard Roeper and, later, A.O. Scott, for a hundred or so shows, 2007-2010, and introduced more than a hundred films for Turner Classic Movies, 2011-2017. “Since COVID, I take nothing for granted. Nothing,” Phillips says of the industry’s sustainability. “No one in the film world, from production to exhibition to criticism, feels steady or solid about much. But writing about film in Chicago has meant writing stories of unlikely survival against the odds. The big lurches and transitions in the film industry, for 125 years or so now, happen gradually and then radically fast. For now, here in this city, we still have it good. I’m grateful for Chicago in so many ways. We have the opportunities to see so much, presented so well, by people who care. I can only try to do some of that justice along the way.” What does that work consist of? “For years I worked too much and lived too haphazardly. These days, happily, my work life and my life-life feels more purposeful. Family, friendships–it’s what makes me think harder about the movies and shows I write about. We’ve all been through a lot of shit in America these past few years. Every interaction we have, on the job or away from it, is a chance to help people, and yourself, make humane sense of all of it.” What does it take to do that? “An open heart. Questions, not answers. Curiosity. Humility. Honesty. A thirst for surprise. High standards and unpredictable tastes. No secrets. I’m just trying to write something I would personally read, which–when it happens–is some combination of a little knowledge, some accidental insight and a pleasing sentence rhythm.”