For this year’s list, we kept our overall ranking numbers but organized everything by category.

In Chicago, films get made but films also get saved. Since 2017, Olivia Babler has been the digitization manager at Chicago Film Archives, the nonprofit dedicated to preserving the film heritage of the Midwest. “At CFA, I’m primarily responsible for creating digital surrogates of our analogue collection items, but I am typically involved in most of the steps along the way toward preserving a film: inventorying, inspecting, repairing, rehousing, researching, cataloging and curating,” Babler says. “We have this amazing collection of about 35,000 films, most of which are non-theatrical gems… Super 8 amateur horror films by Illinois teens, wacko industrial films about spark plugs, local news stories about livestock, and home movies of families goofing off and getting drunk. Our small team—myself, Becca Hall, Justin Dean and executive director Nancy Watrous—is extremely passionate about collecting and sharing the weird, wonderful, underseen and uniquely Midwestern films that come through our doors. The biggest joys of this work have been things like helping Chicagoans regain access to their family’s home movies through digitization and Home Movie Day events, working with local legend Tom Palazzolo on preserving his collection, and sharing the work of amazing Chicago amateur filmmakers JoAnn Elam and Margaret Conneely with new audiences.”

“The work of running a nonprofit arts organization is one where you wear every kind of hat imaginable,” says Sara Chapman, executive director of the Media Burn Archive, founded in 2003 by local video pioneer Tom Weinberg. “On a given day, I might be meeting with a filmmaker to create a public program of their work, then writing a grant application to support it, then opening a bunch of boxes of newly donated videotapes to see what treasures might have been forgotten for thirty years, then running to Home Depot to buy more shelving. No task is too big or too small! The guiding force is a desire to find cool stuff and get to show it to people.” Chapman is excited by “uncovering under-seen and underappreciated works of media art and bringing them to wide audiences. As a society, our canon of important mediamakers has naturally been influenced by what people had access to. And that means that there are important gems out there from the 1970s, 1980s and 1990s that simply haven’t gotten attention because they weren’t distributed widely. It is so exciting to me to meet these people and help them preserve their work and get it out to the public on a scale that wasn’t possible before. Recently, we’ve worked with the New York City-based filmmaker Julie Gustafson to digitize and distribute her incredibly powerful feminist works from the 1970s, including “Politics of Intimacy,” a piece in which women openly discuss sex, sexuality and gender. Not only is it politically important, but if you watch it, you’ll be mystified as to how it hasn’t been in the canon of seminal independent films for the past fifty years. That’s just a single example of creators, primarily women, BIPOC, and LGBTQ people, whose brilliant work was overlooked in their era and by history, but whose reputation is growing because of Media Burn.” Elevating work from the Midwest is key, too. “Artists in the Midwest are used to second-tier status, and with that lower status comes fewer opportunities for funding and high-profile showcases. There’s an automatic prejudice that work will be less good if made by someone who chooses not to live in New York or Los Angeles. The flip-side of that perception is that Midwestern artists and organizations have been forced to be much more creative and efficient in how they create and distribute work. We are churning out incredible amounts of work for a fraction of the cost elsewhere. We are also much more reliant on our community than in other places, and that has created a rich network of people who care about each other and each other’s work, and will show up to help or promote in ways not possible in larger cities.”

Fred Meyers, CEO of Showplace Icon Theatres, notes that the Kerasotes enterprise was founded 113 years ago in Illinois. “We embrace our Midwest roots,” Meyers says. “The arts and entertainment community continues to be an important part of Chicago’s culture, and movies are a vital part of it. Over the past several decades, the moviegoing experience has evolved and we are at the forefront of that evolution, and have always been, including today, as our theaters offer state-of-the-art amenities and technologies such as heated recliner seats, restaurant-quality food and beverage offerings delivered to seat, and pre-reserved seat selection. We maintain the absolute best audio and visual movie experience that can’t be replicated in the home or on devices: our theater offers 4K Laser projection, Dolby Atmos sound and wall-to-wall screen sizes. My work, fundamentally, is ensuring vision and successful strategies exist and are aligned throughout the company. My success has always been about the quality of the team working with me and each other. Personally, hard-work, resiliency, and a people-first approach will always be keys to future success.” The “secrets” are simple, he says. “We need to offer a safe, clean, and high-quality operation where guests gather and share the communal experiences that movies offer. ‘Secrets’ are really that secret! It’s building a team of passionate, talented, and results-driven leaders within all levels of our company. I’m inspired through helping others to grow and achieve. Also, with a love of movies and going to the movies, I am passionate about enhancing the movie-going experience by instilling a hospitality-mindset among our team.” 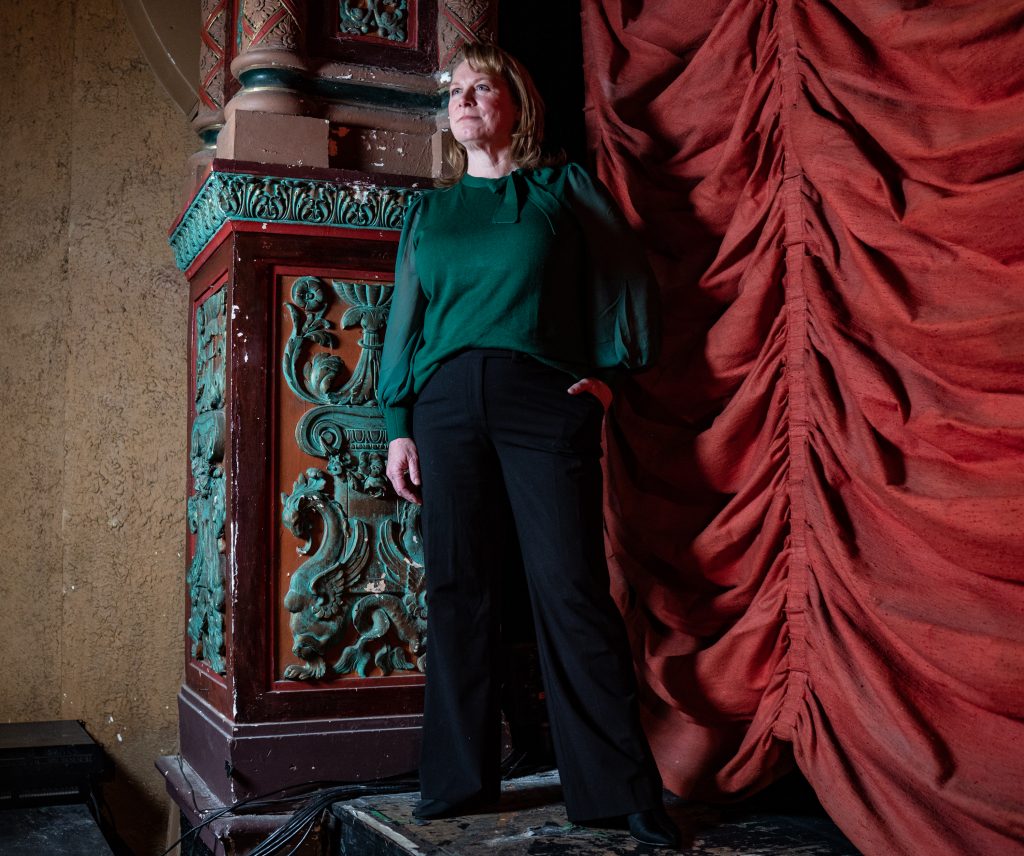 FACETS is nearly fifty years old, and the programming, fundraising and operations of the nonprofit organization founded by Milos Stehlik in 1975 is now supervised by executive director Karen Cardarelli. The organization recently completed its first strategic plan, which included committing a portion of resources to administer a formal coalition: the Chicago Alliance of Film Festivals. Executive leadership in a film organization, Cardarelli says, “requires a lot of strategic planning and audience observation as we adjust to post-COVID shifts in how people engage with cinema. Now more than ever, it’s critical to have a wide variety of voices in the room. Right now, I’m most passionate about helping the community connect for a meaningful purpose, such as the new Chicago Alliance of Film Festivals and all the ways we will add to the cultural and economic vitality of our neighborhoods. People want to be a part of making important things happen, they just need to be welcomed in.” Cardarelli spent twenty years producing theater for young audiences at Emerald City Theatre. “When the FACETS position opened, I was intrigued at the thought of helping grow the Chicago International Children’s Film Festival–such a gem! And serving on the League of Chicago Theatres board has given me insight on how to translate those efforts to the film festival community. I see the next year as a chance to innovate the way film festivals and independent cinemas support our communities.” But it also comes back to movies, and thinking about the movies. “Your experience with a film isn’t complete until you’ve had a conversation about it. It’s within those conversations we gain understanding and perspective. And joy. Or maybe frustration. Great art makes you feel.” Because of that, she says, “The ingredients of sustainability and need are all right there–they just need to be brought into focus.” 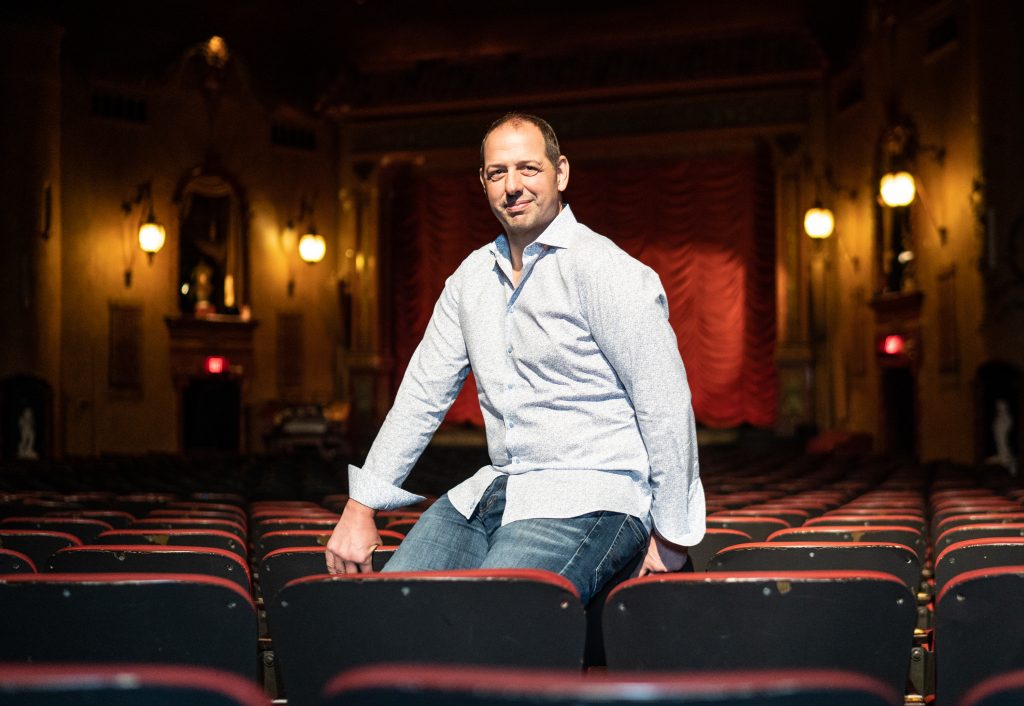 Chris Johnson is the CEO, president and owner of Classic Cinemas, the largest Illinois-based theater chain, with 137 screens in sixteen locations, second only to AMC. “Our latest theater in La Grange was built in 1925 and fits perfectly with our other Classic Cinemas built in the 1920s and 1930s,” Johnson says. “A well-maintained hundred-year-old building with all the latest technology only amplifies the moviegoing experience. While we have newer theaters, we work hard to create the classic moviegoing experience at all our locations. Our employees wear white dress shirts and bow-ties, we offer mints when you leave, and offer free refills on popcorn and soft drinks. We also have a thirty-minute guarantee, but hardly anyone takes advantage of it.” Johnson loves the scale of movies on a big screen: “There is nothing more exciting than a sell-out or a hard-to-get ticket. Scarcity elevates the ‘want-to-see’ and buzz surrounding a show. With the right promotion, even a small movie can achieve outsized results by only playing on a certain day or time, especially if anyone associated with the film is present or you have a moderator leading a discussion. On a large scale, would ‘Hamilton’ have been as big of a cultural happening if it played everywhere all at once? Going to a movie theater is the original social media; it is about community and creating memories, and that’s why it isn’t going away.” He’s also involved in voluntary work to sustain the industry, serving on the Executive Board of The National Association of Theatre Owners and NATO’s technology committee. He’s also the president of The National Association of Theatre Owners of Illinois and a regional vice-president of the National Association of Concessionaires, based in Chicago and a board member of NATO of Wisconsin and Upper Michigan. “I advocate for my fellow exhibitors and work to improve the industry as a whole. On the studio and filmmaker side, I want to help them understand the benefits of a theatrical release,” Johnson says. “Aside from the immersive experience, which lacks a pause button—a good thing!—opening a film theatrically benefits all the ancillary markets and stakeholders. My second goal is to help my fellow exhibitors by monitoring legislation and helping elevate their presentations and operations. Successful theatrical releases and theaters mean more movies will be made, more stories told, and more voices heard.” 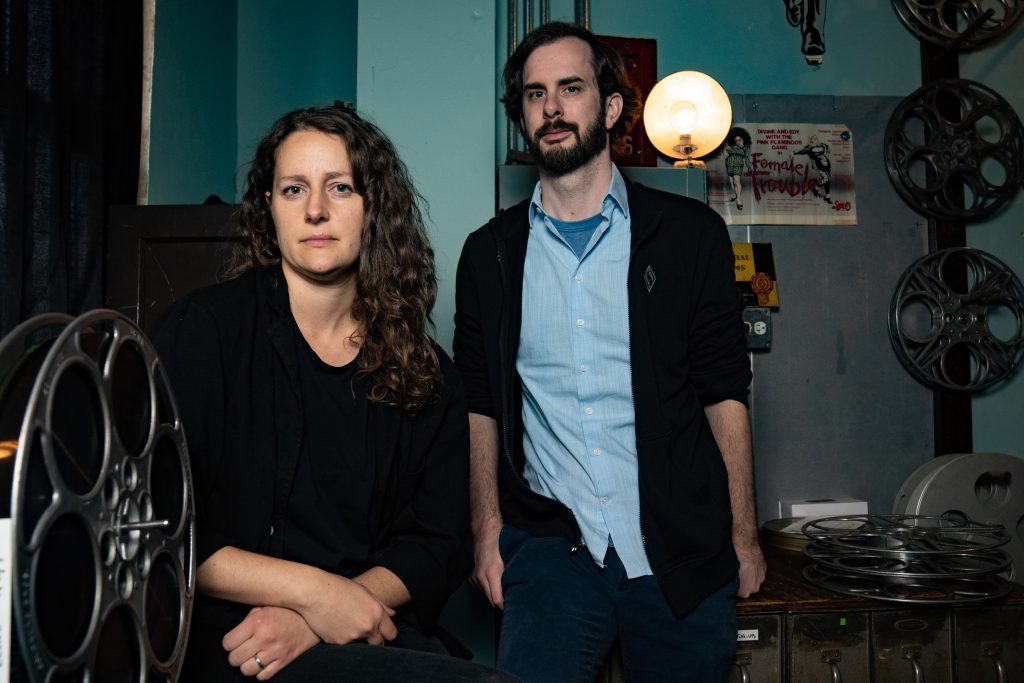