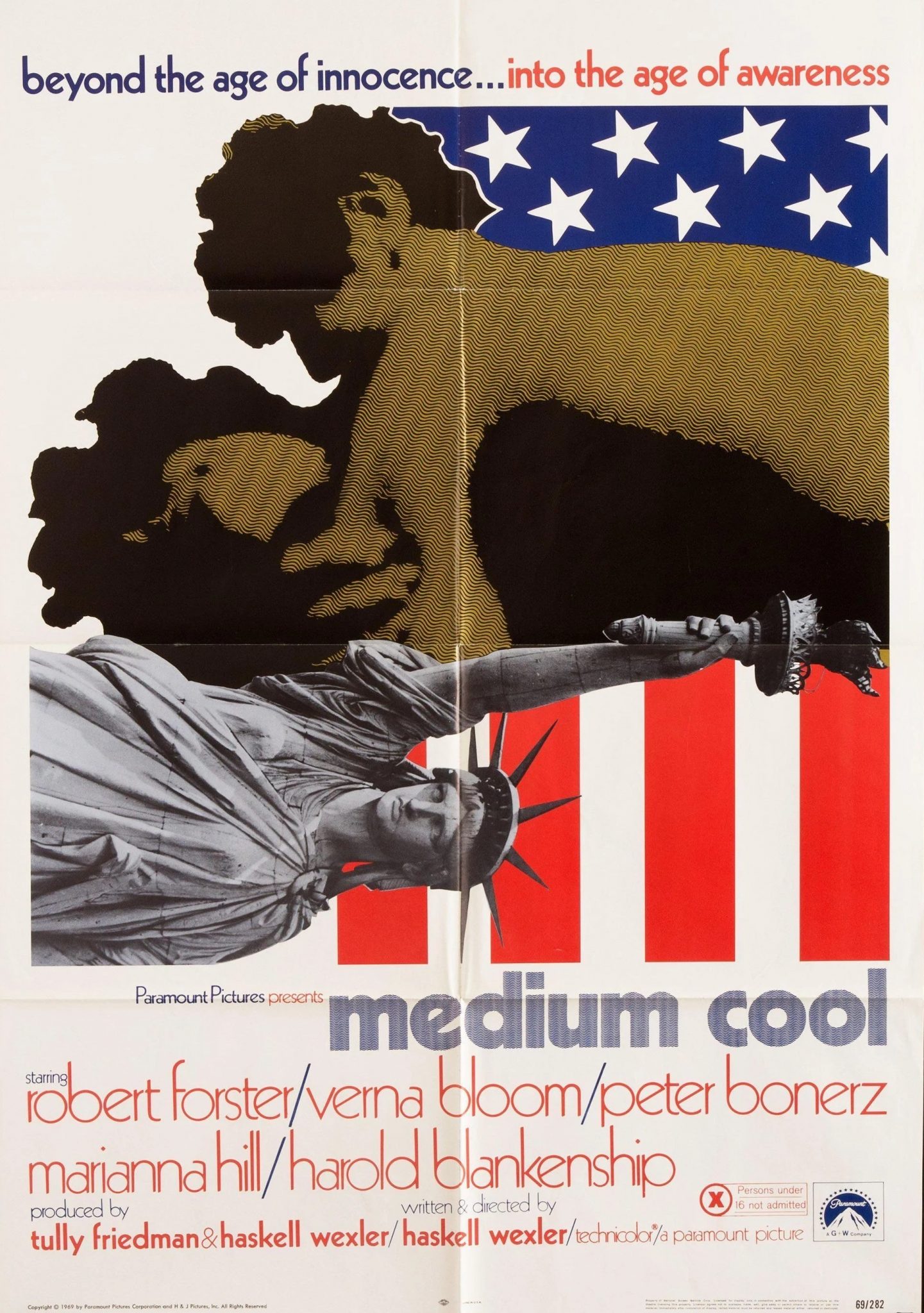 I’ve been counting off the fallen soldiers of unrecorded battles when I can’t fall right to sleep. Sometimes filmmakers, mostly players inside the minuscule circle of movie reviewers in Chicago. Some are long-gone, perhaps forgotten; others have departed after long and fruitful careers, as with the recently passed Sergio Mims.

The publisher of the short-lived New York film website The Reeler, Stu VanAirsdale, wanted to write a book about the eccentric characters and wild rivalries of Manhattan’s cinephilia and critical circles starting in the 1950s. (The Reeler, shuttered in 2009, is part of that hardly whispered history now.) There was conflict and friction, there were weirdoes galore, there was at least one dumb, tragic murder of a major mind.

Publishers told him the audience was extremely limited and its members were likely dying off even as they spoke, never to seek out half-price copies of a book that would never be published, never be written, never be researched. There are a couple of memoirs of that era, including Toby Talbot’s “The New Yorker Theater and Other Scenes from a Life at the Movies,” introduced by Mister Institutional Memory himself, Martin Scorsese. “Searching For Mr. Rugoff,” Northwestern grad Ira Deutchman’s portrait of one of the most brilliant and maniacal of 1960s and 1970s art-house distributors.

But what of Chicago? Who’s going to detail characters like Norman Mark of channel 5? The Norman Mark who had an Evanston deli name their tongue sandwich “The Norman Mark”? Irv Kupcinet! Have you heard the story about the first screening of “Star Wars” at the old Esquire theater on Oak Street? The way I’ve heard it, the movie came off as a sonic jet stream, a wall of sound, until a particular pause about twenty minutes in. As one, the audience held their breath. As all but one: across the auditorium came a sound familiar to movie reviewers—the late Sun-Times columnist’s nasal, stentorian intonation on television about “The Lively Art Of Conversation”—in that brief pause between score and sound design and Ben Burtt’s bleeps and blurts came the most and most satisfying rip-roaring sound of galactic snoring. Kup was born in 1912, so he was only a few weeks from turning sixty-five, but he snored like a lumberjack. “Sna-snok-snok-snok! Sna! Ah! Sna-snok-snok-snok!” The audience as one loved Kup and turned their eyes and ears back to the screen

My father’s recent death at the age of ninety-one made me think not so much of my own mortality as the mortality of memory, both institutional and personal: how death is, of course, the hushing of the consciousness of someone you know, but also the death of their memories of you. Banal, but achingly so. The ghost ghosts the random, antic shimmers of memory.

I worked for a couple of years on a project with an older producer named David Weisman, who was honored at moments of his life, yet still pushing facts and figures with prodigious zeal, scrabbling across continents with a fugitive’s alacrity. When he passed, several years after briefly beating a nasty, eccentric form of cancer, I found he was several years older than he had claimed to be: classic producer. Classic producer-on-the-lam behavior.

There was a big project we worked on with a prolific publisher, one that involved a presentation in New York in a long weekend of hot, lashing spring rain, making a proposal that was a hop, skip and a jump from a full-on con. It was his Gesamtkunstwerk, in a way, a word I told him and that he loved for years after. He would mix all the components that made an award-winning movie that he owned and had warehoused—negatives and prints, publicity and paperwork—with one of the most concentrated collections of movie lobby cards known to movie men, collected by a brilliant yet troubled screenwriter whom he had worked with. The cache of lobby cards, thousands of them, dated back to the silent era. The writer, his collation of “paper” and his family lived in a tumble-down house, a palace of mold, a repository of the mind, in effect, a concentrated version of the most eccentric used bookstore in all of creation. The chain of title to the lobby cards was complicated, if not complex: I have no indication that his estate has attempted to wrestle, or even define, what’s there and, truly, who even owns what today.

The film of David’s films we were taking as an exemplar of international production is 1985’s “Kiss of the Spider Woman,” directed by the Brazilian Héctor Babenco from the book by the Argentine Manuel Puig. The negative and all its technical apparatus and the paperwork of the deal were intact, and he considered that entity, whole, to be the summary of his work as a creative producer, standing in even for dozens of projects left unproduced, a mountain of material that he could leave behind as his final Gesamtkunstwerk, and with a little cash, maybe, yes, cool cash would be good.

Since David’s death, that film’s web of legal complications are nearly untangled, and a great, singular movie that was considered lost will be in the world once more, exhibited, showcased, streaming. The rest of the stuff? Like memories, like the house-sacred film history library-slag heap of his screenwriter friend, may be lost to memories, and when the players have left us, those memories, too, are lost.

What I miss most are phone calls out of nowhere, demanding, hectoring phone calls while I was walking down the street, from this compulsive human in his seventies, suddenly afflicted with a brainwave that he had to share, with me, yes, but of course a range of other surviving confidants on multiple continents. In multiple languages, he was prepared to pitch, to cajole, and most beguilingly, to apply focused, intelligent, forceful flattery. Casual convo, a balm, a pick-me-up, a hey-how-do-you-do: you wrote something great this week and here’s why… David passed in 2019, but his last email to me was when he read my review of “Once Upon A Time … In Hollywood” and noodged, “Stunning piece of writing it is!” (Thank you, David.)

His intelligence was far-reaching, curious, explosive, indefatigable. Also: a vicious gossip about the dead and also—and how!—the living. I would ask David to tell me all the stuff, I’d come out to Los Angeles for a weekend or a week or a month, we’d start with the unresolved grudges, that alone could take a week, and talk until he felt he had said it all. Then we would figure out what kind of testimony we had on our hands, what could be made from the memories of a long, rich life.

Answer was always the same. “Nope, no, Pride, no, I tell you no, I cannot and I will not. Once I’ve told all the stories, I die. I will die. So I cannot.”

And that is where we left it.

Here’s one. As a young graphic artist, before working with friends like Edie Sedgwick, David worked with the filmmaker Otto Preminger and also designed posters, a couple of which include symbolism that stands out like a house on fire, just smart enough to elude the censors as the film industry tried to absorb the youth revolution he was part of. One of the best of the posters was for Haskell Wexler’s great, only-in-Chicago 1968 Democratic Convention thriller “Medium Cool.”

In the collage of the poster, shadow figures of the film’s lovers are about to fuck, “and the Statue of Liberty’s torch is a dick,” as David put it. “The movie got an ‘X’ rating, but I don’t know why they let that poster pass.”

I have all our messages and work saved on hard drives, but I went to Facebook messenger to see if the conversation about “Medium Cool” was still there, as it was a few months ago. The account is gone. Is that the final disappearance?

I don’t like phone calls for the most part; texting is a revolutionary thing to the telephonic-averse of any age. But he, an older man who had wheeled and dealed and sealed over the phone for his entire long, complicated career, liked to talk.