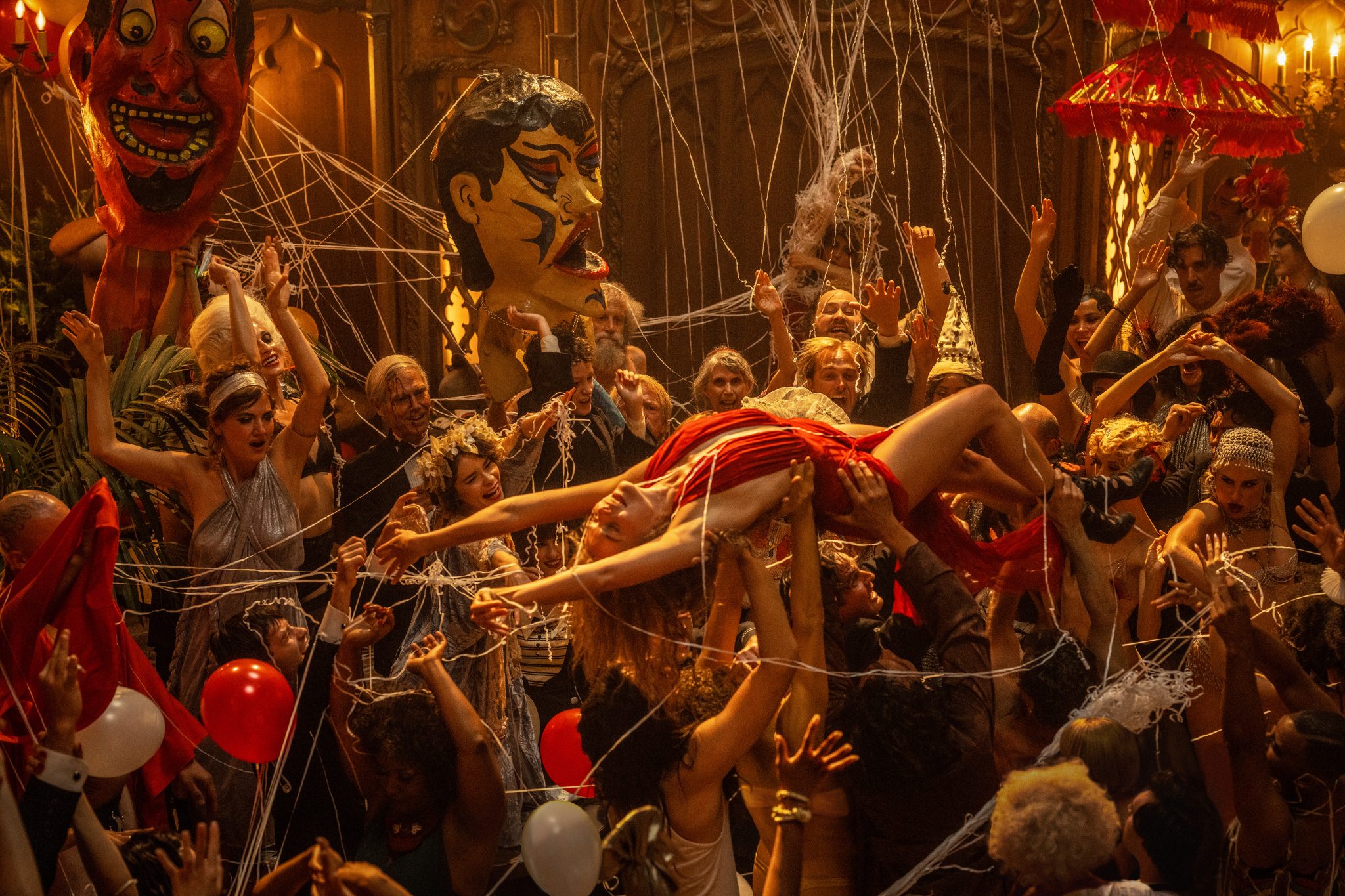 “Babylon” is the kind of $80 million movie that makers of “content” fear nowadays: an older conversation I had with writer-director Damien Chazelle illuminates why it’s also a big, bad “fuck-you” movie.

Chazelle gave me this answer to a question six years ago, not this month: “Even if your career allows you to do the kind of grand folly sort of movie down the line, again, it’s also having to be at a place where you’re early enough in your career that you still go on gut instinct and you’re not overly second-guessing.”

The subject was “La La Land,” not “Babylon,” but couldn’t it apply to the fiction of his Hollywood historical comedy-tragedy of his fifth feature? “That probably is the thing that I’m most worried about, that I find myself fighting against the most, with each movie being a little more difficult than the one before,” the now-thirty-seven-year-old director said. “It’s the level of second-guessing, the level of once you’ve gone up to bat, once or twice or three times before, it’s that much more, you have that many more narratives in your head of how it can go wrong. Those are the voices that probably get louder and louder and you have to keep fighting.”

The bombastic, brawling yet melancholy “Babylon,” is a variation on film history, but more drawing for drama on its whispers, its rumors, as in suspect and spoiled texts like Kenneth Anger’s “Hollywood Babylon” books. (A handy glossary of references by silent film specialist Marya E. Gates is here.)

I related a relevant story to Chazelle on that day in 2016. Paul Thomas Anderson went to dinner at some nice place in L.A. with Warren Beatty after “Boogie Nights,” and Beatty asked, “Well, what do you want to do next?” Anderson says, “I got this thing ‘Magnolia’ I want to do.” “What’s ‘Magnolia’?” Beatty asks. He tells him what “Magnolia” is. Beatty goes, “Oh yeah! That’s your fuck-you movie.” 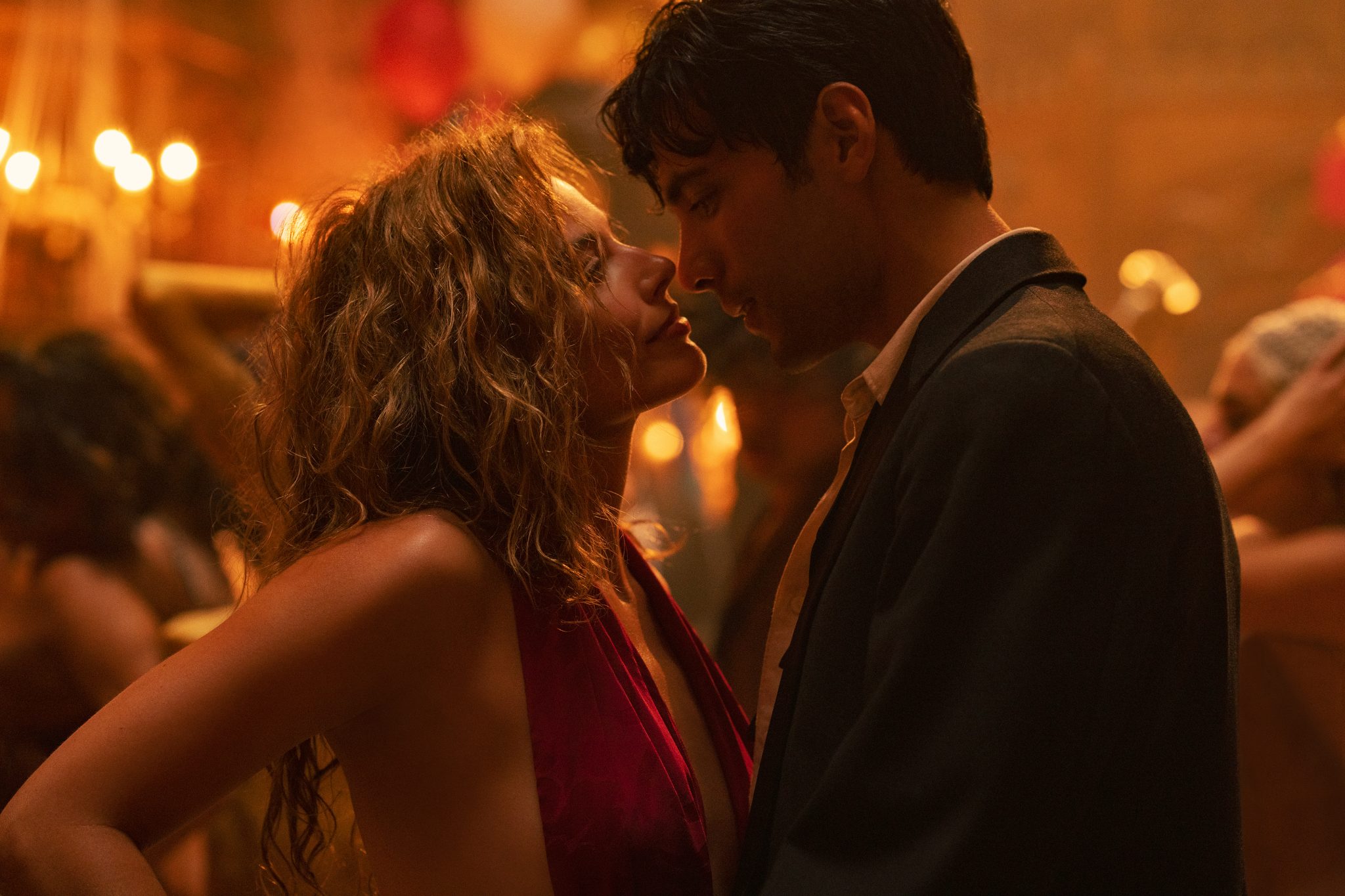 “Well, you’ve earned your fuck-you movie. Now you’ve accomplished that, you have to make this, or you’ll never be allowed to make it. You’ll never allow yourself to make it.”

“Yeah!” Chazelle said. “The fuck-you movie. I love that. I think the fuck-you element was probably whenever, well, it was the fact that whenever people would ask me, what I was following ‘Whiplash’ up with, I’d say, um, I’m doing this musical, this original musical that my college roommate and I came up with. They would just be like, ‘What is wrong? Fuck. What is wrong with you? Why are you going to waste the precious capital you have now on something that will undoubtedly set you back? To the Stone Age.’ I wanted to say fuck you to those people, yes.”

And to Beatty’s larger point, the worst thing would be if you hadn’t made it now, you might never trust yourself. “That I think is really true. That is a really good point.”

Chazelle trusts himself and his brain trust: I’m a steadfast defender of his 2018 “First Man,” which captured a generation of men who were leaving us then and who are mostly gone now. All the people “Babylon” is based on are gone by now, and there is a sweet if anachronistic speech about how images can outlast memory.

“What, and give up show business?” The sustained gag that opens the movie invokes that old joke as well as the Sisyphus myth as a pachyderm projectile-shits repeatedly with rhythmic force not only onto workers trying to transport it, but onto the very camera itself. The ass of the elephant opens like the iris of a camera and replies to the camera with a geyser of soil. (Let us now anticipate our potential negative reviews.)

There’s a surface awareness in the plotting of how workers are figuratively shat upon amid the passages of glossy bacchanal: a Black jazz musician, an Asian lesbian performer-writer, Mexican immigrants, are there for moments of incandescence, then tossed aside, spent, like a wooden match. But “Babylon” marches on.

There’s a speech addressed to a fallen star (dapper, dour Brad Pitt) by a retailer of gossip (mean, meowing Jean Smart). Most of the movie’s dialogue is less pattered than this, moving from fuck-to-fuck at rat-a-tat rhythm. “Your time has run out, there is no why, stop questioning it. No one asks to be left behind, but in a hundred years, when you and I are long gone, anytime anyone threads a frame of yours through sprocket, you’ll be alive again.” She moves closer. “You see what that means? One day every person on every film shot this year will be dead. And one day all those films will be pulled from the vaults and all their ghosts will dine together, and go on adventures together, go to the jungle, to war together.” Pitt listens. Smart coils. “A child born in fifty years will stumble across your image flickering and feel he knows you, like a friend, though you breathed your last before he breathed his first. You’ve been given a gift. Be grateful. Your time today is through but you’ll spend eternity with angels and ghosts.” 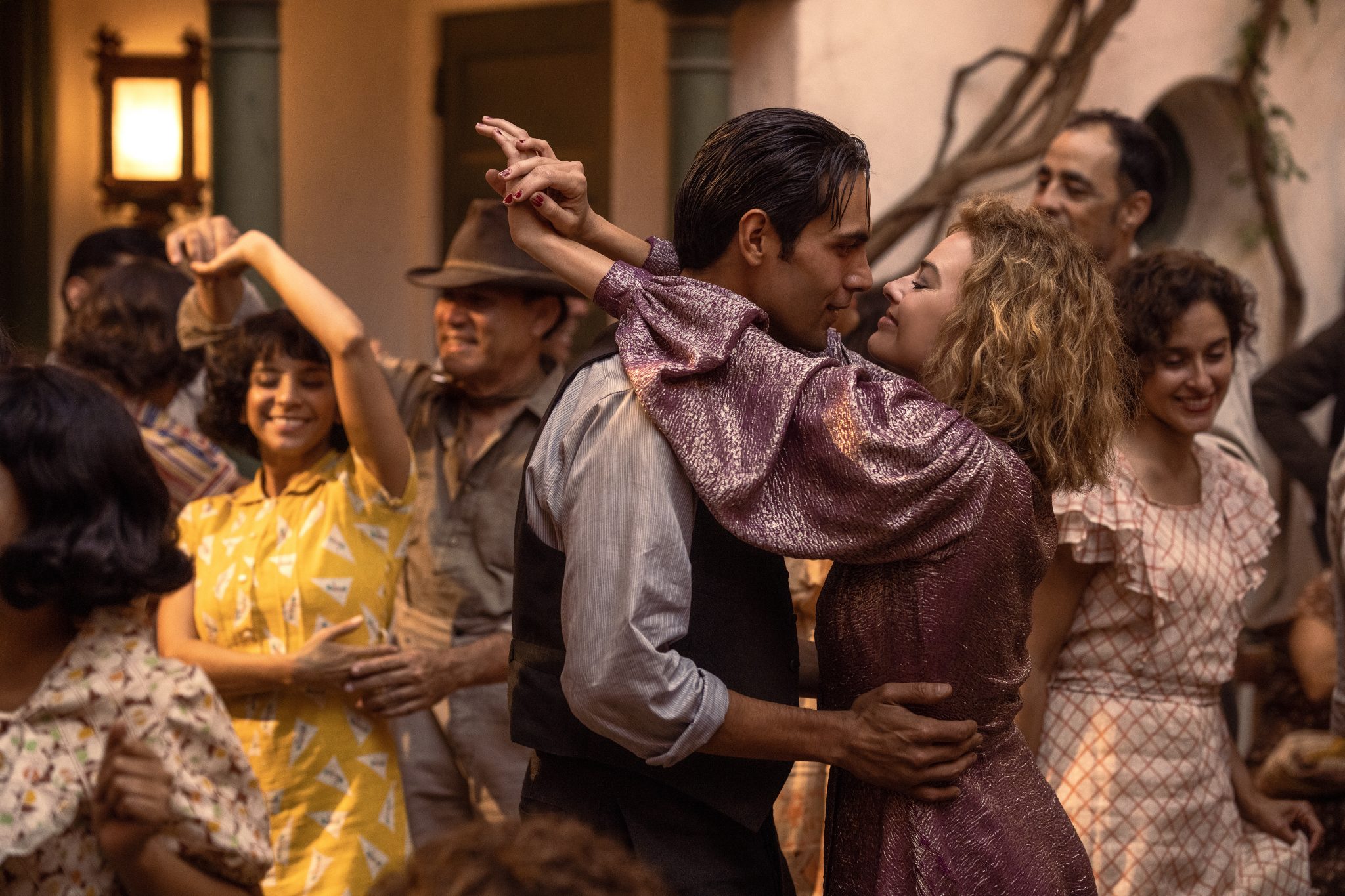 And then the closing scene, another form of delirium, scored to the motifs we’ve heard across the almost three hours of score in over three hours of movie: one of the protagonists is nodding in a theater during “Singin’ in the Rain” in 1952, and dreams the past, dreams the future, a hypnagogic burst of 125 years or so of cinema that says, “Toot, Toot, Tootsie! (Goo’bye)” as he sleeps. (“Singin’ In The Rain” is “Babylon”‘s major movie touchstone.) The hallucination-cum-invocation includes images from Eadweard Muybridge’s motion studies, then the Lumière brothers’ “The Arrival of a Train at La Ciotat Station,” A moon of Méliès, Edwin Porter’s cowboy firing a gun directly into the camera from “The Great Train Robbery.” A flashframe of the huge temple of D. W. Griffith’s “Intolerance,” a vast set built on a beach and lost to sand and time. “Les Vampires.” “The Wizard of Oz.” “Persona.” “This is Cinerama.” Maya Deren’s “Meshes Of The Afternoon.” “Ben-Hur.” “Psycho.” “Un Chien Andalou,” “Week-End.” “The Matrix.” “2001: A Space Odyssey.” “Avatar.” And then a bright load of swirling abstractions of bold colors from experimental filmmakers. There’s even a bright blue “Fin du Cinema” from a film by Godard.

What on earth. As a grandiloquent fuck-up of a fuck-you movie, “Babylon” isn’t precisely a work of poetry, but it’s vulgar entertainment with a waft of priggishness. It soars and splats, sings and moans, shits and pisses. It’s gaudy and mean, celebratory and sorrowful. Fuck-ups are to be embraced, held closer. Especially when they’re intentional. You ain’t seen nothing yet.