What’s new in the multiplex? “Avatar: The Way Of Water” is the big holdover, along with creepy dancing hit “M3GAN.” Unseasonably warm weather could boost the box office, even if there aren’t many new pictures while the industry awaits nods from the Critics Choice Awards (Sunday night January 15), the disgraced yet soon for-profit Golden Globes, and, let’s admit it, the Oscar nominations that will be announced on January 24, followed by the customary trek of a forty-seven-day range of For Your Consideration campaigns before the broadcast ceremony on March 12.

Lebron James is among the producers of the remake of Reginald Hudlin’s 1990 “House Party” by video director Calmatic (Charles Kidd II), which moved from a 2022 HBO Max streaming slot to a few medium-sized screens this week. “Plane,” directed by Jean-François Richet (“Mesrine”), stars Gerard Butler as “Actor”: Butler is a pilot who lands his plane after a lightning strike on a rebel-overrun island, where he must form an alliance with an accused murderer the FBI had on the “Plane.” “Action” ensues. In theaters. 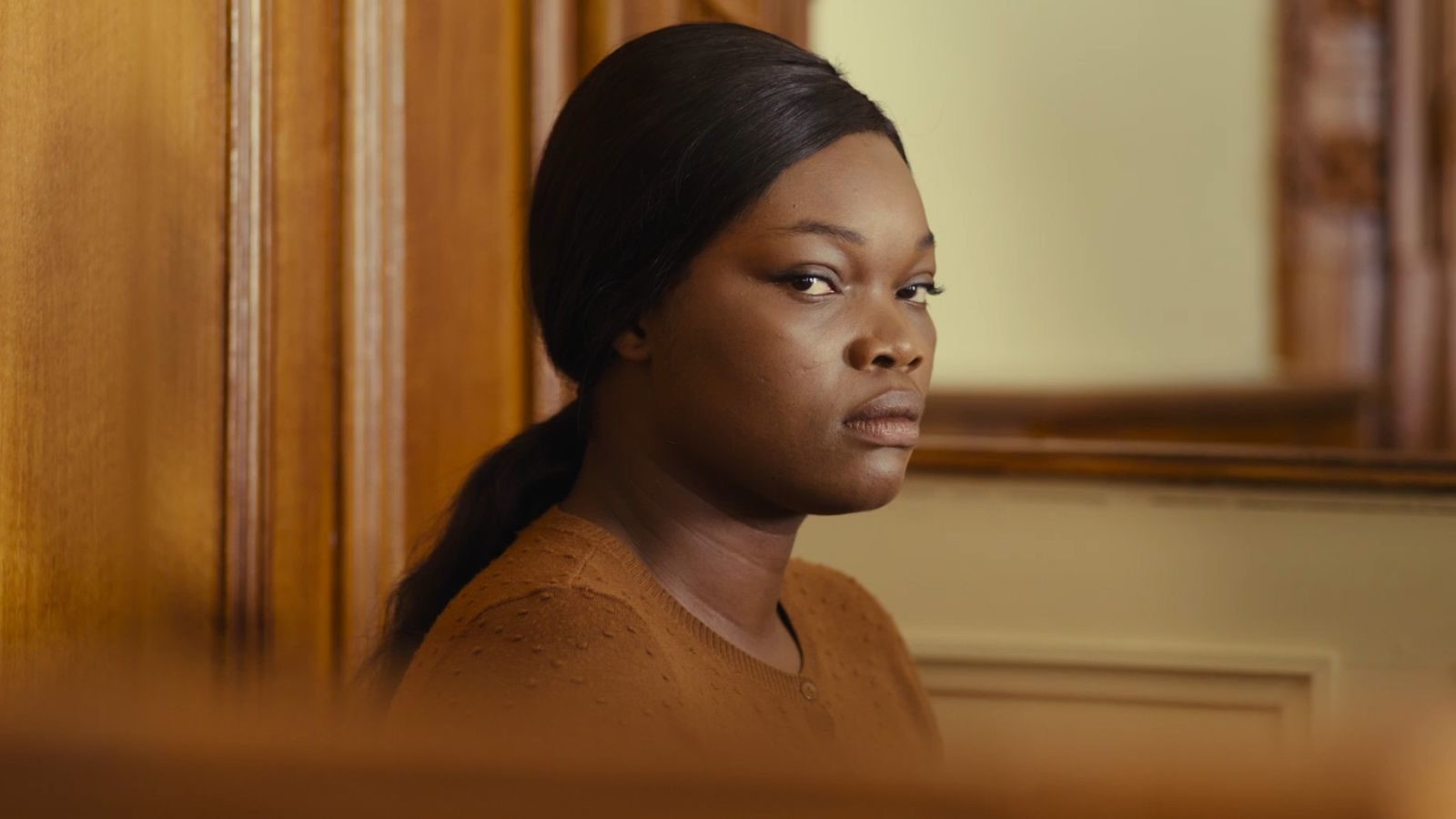 Senegalese-French documentarian Alice Diop’s electrifying fiction debut, is a bold and rich variation on traditional courtroom drama. “Saint Omer,” starts at Siskel: traveling to the north of France to observe a trial for infanticide by a Senegalese woman (Guslagie Malanda), a Parisian journalist discovers layers upon layers about race and class, as well as motherhood, that she did not expect to discover, to shattering result. It’s great work in every detail, filmmaking finery and psychological drama that does not let go, even after the film is done.

Siskel’s holdovers through January 19 are Hirokazu Kore-eda’s tender “Broker” and the Catalan heartbreaker “Alcarràs.” “Broker” starts at the Music Box this week.

Siskel’s epic of the week is “La Flor” (2018) setting a binge-mark in six chapters at thirteen-and-a-half hours, from Argentina’s Mariano Llinás, in English, Catalan, Spanish, French, Russian, German, Swedish, Arabic and Italian. Distributor Grasshopper Film: it’s “an unrepeatable labor of love and madness that redefines the concept of binge viewing. Filmed around the world, ‘La Flor’ is composed of six distinct episodes, each starring the same four actresses: from a monster movie to a musical to a spy thriller to a remake of a French classic; an epic adventure in scale and imagination, a wildly entertaining and addictive ode to the power of storytelling.” Those who can’t make it out of the house for an entire day can rent “La Flor” in three parts here. 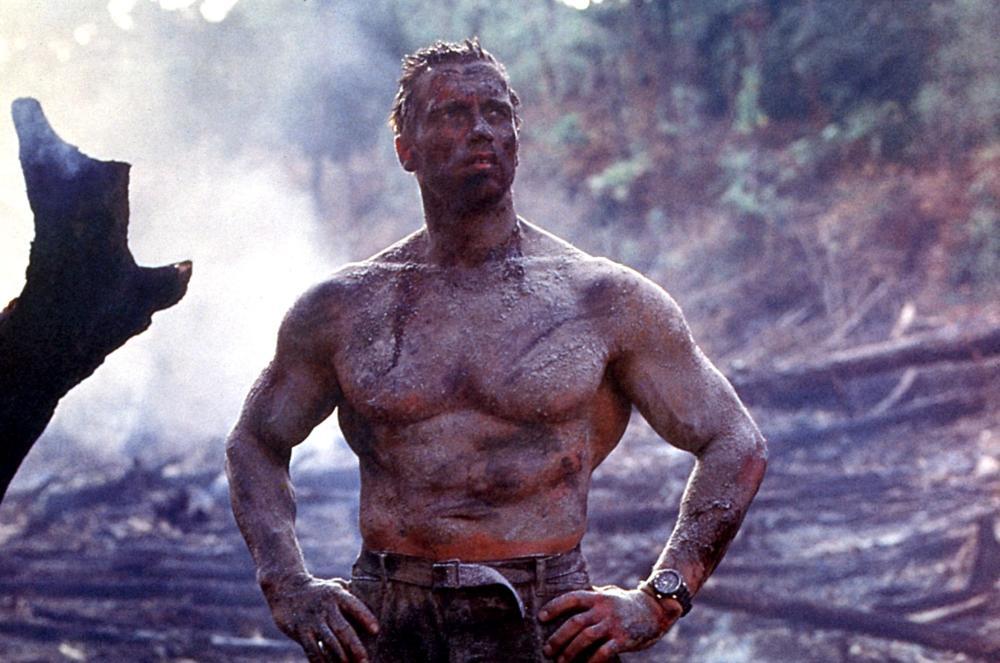 Music Box continues its essential role as the House Of Arnold with “Predator,” on Friday featuring an introduction and Q&A afterwards with Ander Monson, author of “Predator: A Memoir, a Movie, an Obsession”: “Monson guides readers through a scene-by-scene exploration of the 1987 film Predator, which he has watched 146 times. Some fighters might not have time to bleed, but Monson has the patience to consider their adventure, one frame at a time.” Friday, January 13, 10pm.

“Copenhagen Cowboy” is another bold stab in the eye from Danish provocateur Nicolas Winding Refn (or as the credits of the show have it, “Directed by NWR.” Why did Netflix finance nearly six hours that match the sustained yet subdued delirium of his last venture, his 2019 ten-hour Prime Video project, “Too Old To Die Young”? Who will ever know: Refn’s taste for Balkan Eurotrash settings is matched only by the piercing, pungent sound design and the gloriously otherworldly pacing of soiled criminal undertow.

“Nightmare On Elm Street 2: Freddy’s Revenge,” directed by horror stalwart Jack Sholder (“The Hidden”), gets a 35mm airing at the Music Box. The Howard Hawks-produced, Billy Wilder-Charles Brackett-penned “Ball of Fire” (1941) takes Saturday and Sunday matinees on 35mm, January 14-15. Plus, the Music Box makes room for Giallo, with Umberto Lenzi’s 1969 “So Sweet… So Perverse” on Tuesday, January 17. (The January series’ official drink is the Black Gloved Handshake for $10, a sixteen-ounce PBR and a shot of J&B Blended Scotch.)

And in the midst of all that, DOC, founded in 1932, and the nation’s oldest student film society, is seeking funds to upgrade their facilities, outlined in a Block Club Chicago piece here: “The funds will pay for a server for digitally projected films, audio processor upgrades to improve the cinema’s sound quality and a centralized control panel… It would mark the cinema’s first major upgrade since a digital projector was installed a decade ago.”

F.W. Murnau’s “Sunrise: A Song Of Two Humans” (1927), winner at the first Academy Awards of the only Oscar ever bestowed for “Best Unique and Artistic Picture” is essential cinema.

“Sunrise: A Song Of Two Humans”

Murnau, the great silent film visualist whose career was cut short after only one more feature, believed you could “photograph thought.” “They say that I have a passion for ‘camera angles’… To me, the camera represents the eye of a person, through whose mind one is watching the events on the screen,” Fred said. “It must follow characters at times into difficult places, as it crashed through the reeds and pools in ‘Sunrise‘ at the heels of the Boy, rushing to keep his tryst with the Woman of the City. It must whirl and peep and move from place to place as swiftly as thought itself, when it is necessary to exaggerate for the audience the idea or emotion that is uppermost in the mind of the character. I think the films of the future will use more and more of these ‘camera angles,’ or as I prefer to call them, these ‘dramatic angles.’ They help to photograph thought.” Essential viewing. 35mm presentation at Chicago Film Society, NEIU, Wednesday, January 18, 7:30pm.

“Jesus wept! Sins of the father, sins of the child, no difference. Paul Anderson’s ‘Magnolia‘ says, among so many other things, face them or perish,” I wrote in 1999, the year his dear, magnanimous folly was released in its three-hour bounty. In every way, it’s “trying to rip out your very heart with unstinting, jazzy too-muchness.  Anderson’s San Fernando Valley is a City of Angles, where everyone is ninety degrees away from turning a corner into someone else’s life. The actors start at a rip then go farther, farther, faster.  There is nothing vague. People—actors—fall apart like objects just past warranty. He gloriously strains his reach toward naked extremes of emotion. Imagine Robert Altman, given a twenty-nine-year-old’s generous heart, directing a script part Paddy Chayefsky,  with a dash of Mamet blue, and a California willingness to let sensations pour like rain. Anderson is an original whose work is packed with the superficials of influence—notably, yes Altman’s mosaics of actor-love, and many of the same actors (Julianne Moore, Michael Murphy, Henry Gibson); Mamet, his profanity, the thrill of repetition, verbal slips and slipperiness, and many of the same actors (Ricky Jay, William H. Macy). But Anderson’s work is headlong and grabby in a way neither Altman’s or Mamet’s is; it bears his own idiosyncratic, kinetic verve. But all three directors esteem family, surrounding themselves with the same performers and technicians each time. And, appropriately, that is the meat of ‘Magnolia.’ “I love to watch actors,” Anderson’s written. “I strive to impress them. I have discovered that I write movies so that I can be around my friends who are actors.” DOC Films, Friday, January 13, 7pm. 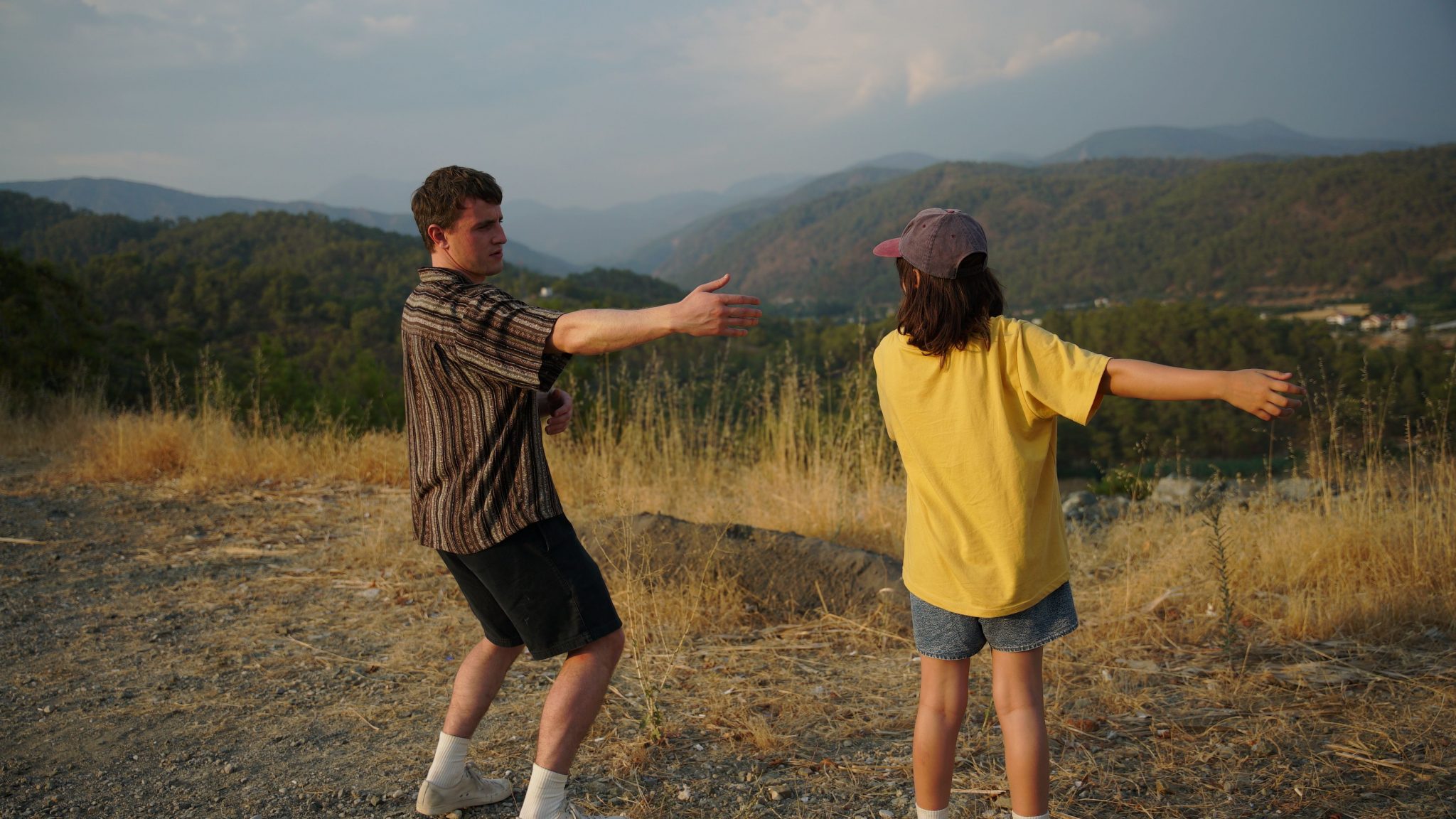 Charlotte Wells’ visually lucid, vivid and often ecstatic emotional wonder, “Aftersun,” which was granted the Milos Stehlik Award for Breakthrough Filmmaker at the 2022 Chicago Critics Film Festival, returns for two weekends at FACETS, the House Of Stehlik, January 13-15 and 20-22.

The sold-out lecture with Taiwanese filmmaker Tsai Ming-Liang, presented last October at the Film Center as part of the School of the Art Institute’s Visiting Artists Program, was recorded and is on YouTube.